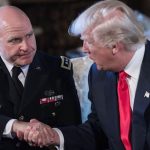 “One of the bedrock principles of conservatism – and I think they start with the belief in American exceptionalism and the notion that our national security policy has to be based on American interests.”

“…In the mainstream media commentary about the president’s emerging team and the direction he’s going in, some of the themes that show how the press, the mainstream press in Washington, tries to manipulate new Republican administrations.”

“But what the media and the Democrats are trying to do now is convince them: ‘You don’t want to be controversial. You don’t want to be ideological. Things are just fine. Be a technocrat. Tinker around the edges. Don’t change much.’ That’s not what Donald Trump got elected to do. That’s the fight really on the national security front, I think, for the soul of the administration.”