Germany must decide whether it is a ‘normal nation’

Germany’s very public agonizing over whether to provide its Leopard II tanks to Ukraine (or allow other states that had purchased Leopard II’s to send theirs) graphically exposed Berlin’s continued confusion about its status as a NATO member. Just days after his tank decision, Chancellor Olaf Scholz is already warning against a “competition” to supply Ukraine with needed […] Is Washington’s arms control theology finally on the verge of collapse?

Three freshly installed Republican House chairmen of key national security committees are raising potentially fatal issues for the New START arms-control treaty between the U.S. and Russia. In letters to Biden Cabinet officials, the chairmen ask whether Russia is in material breach of the agreement. Along with the administration’s failing, misguided effort to rejoin the flawed 2015 Iran nuclear deal, […]

Former national security adviser John Bolton told CBS News he is seriously considering a 2024 presidential bid and said that former President Donald Trump is a threat to U.S. national security who acted “very erratic” and “was not impressed by the gravity and the importance of the national security decisions he had to make.” Trump’s […] 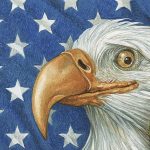 The greatest threats to the world come from China and Russia. Only the U.S. guarantees global order and security. This article was first published in Weltwoche, on January 26th, 2023. Click Here to read the original article. Henry Luce, publisher of Time magazine, coined the term “American Century” in 1941, almost nine months before Japan […] 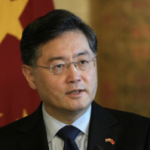 When Blinken goes to China, he should call its bluff on North Korea

This article was first published in The Washington Post, on January 25th, 2023. Click Here to read the original article John R. Bolton served as national security adviser under President Donald Trump and is the author of “The Room Where It Happened: A White House Memoir.”  Secretary of State Antony Blinken will travel to Beijing […] 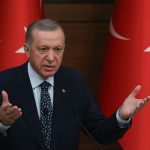 The alliance ought to put Ankara’s membership on the chopping block if the Turkish president meddles in the upcoming contests.  This article was first published in the Wall Street Journal on January 16th, 2023. Click Here to read the original article. With Recep Tayyip Erdoğan at the helm, Turkey is again “the sick man of Europe,” albeit […] Japan’s Prime Minister Fumio Kishida comes to Washington this week for a potentially critical summit with President Joe Biden — particularly on China, which Tokyo now publicly recognizes as its principal threat.  Just weeks ago, Kishida announced a historical “turning point” in Tokyo’s security policy, vowing to double its defense budget in the next five […] By Ambassador John Bolton This article was first published in the National Review, on January 5th, 2022. Click Here to read the original article. Among the many unwelcome legacies of Donald Trump’s random walk through foreign and defense policy during his presidency, the resurgence of isolationism and know-nothingism in the Republican Party is among the most […] 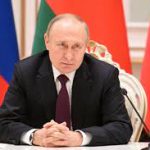 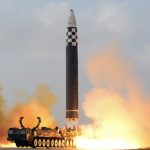 This article was first published in 19FortyFive on December 21, 2022. Click Here to read the original article. North Korea’s Friday announcement that it had successfully tested a “high-thrust, solid-fuel motor” was seriously bad news for the United States and its allies. Pyongyang’s ballistic missile program has long received considerable international attention (although regrettably little […]

READ MORE.
Next Page
The Foundation for American Security and Freedom