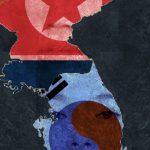 This article appeared in the Washington Times on March 27, 2017. Click here to view the original article.

With North Korea threatening its sixth nuclear test, and the pace of its ballistic-missile tests quickening, Pyongyang’s global threat is ever more imminent. Twenty-five years of self-defeating American efforts to negotiate with the world’s only hereditary Communist dictatorship have, not surprisingly, proven fruitless.

The North’s persistence and duplicity, U.S. naivete and diplomatic incompetence, and political and economic backing over the years from China, Russia and Iran have all contributed to the current crisis, where good options are scarce. After decades of rhetoric and failed diplomacy, Republican and Democratic alike, we have all but run out of time to prevent a nuclear North Korea by peaceful means.

Accordingly, national-security strategists are now examining American military options to protect our innocent civilians, and those of regional allies South Korea (inconveniently enmeshed in a constitutional crisis) and Japan. Given Seoul’s vulnerability to Pyongyang’s chemical and biological weapons (which its choice of VX nerve agent to assassinate its leader’s half-brother has recently reminded us), the choices all embody significant risks. Moreover, the consequences of one of Barack Obama’s worst legacies, his gutting of America’s national missile-defense program, now leave us painfully vulnerable at home.

Do any diplomatic avenues remain open? Only one offers any possibility of a lasting solution, as opposed to resuming talks with North Korea in the diaphanous expectation that the 26th year of such negotiations will produce results not discovered in the first 25. That possibility — peaceful reunification of the Korean Peninsula — Washington has all but ignored these last decades, although the upside of potential success is enormous.

The case for Korean reunification is not an appeal to China to help America. It is an argument for China to look to its own national interest, and to act accordingly. Consider these postulates:

First, the Korean Peninsula will be reunified. Its division in 1945 was purely expedient, intended to be temporary, and just as unnatural as Germany’s contemporaneous partition. The only questions are when and how Korean reunification will occur: Will it be through war or the North’s catastrophic collapse, or will the United States, South K
Korea, China and others manage the South absorbing the North coherently?

Second, China may actually believe what it says in opposing a North Korean nuclear-weapons capability because it destabilizes East Asia and therefore harms China’s own economic development. For years, however, Beijing’s behavior has been schizophrenic, fostering, for example, the inevitably doomed Six-Party Talks, while disingenuously arguing that the real solution had to be found between Washington and Pyongyang.

In fact, China, through its massive economic power over North Korea, could itself quickly remove any Pyongyang regime. Communist ideology, embodied in the unappetizing metaphor that their respective Communist parties are as close as lips and teeth, has for years impeded Beijing’s leaders from contemplating Korean reunification. Today, however, younger Chinese leaders understand and talk openly about the ugly piece of baggage the North represents for China itself.

Skeptics believe China will reject reunification principally on two grounds. Beijing dreads with good reason that Pyongyang’s collapse could produce a refugee flood across the Yalu River into Manchuria, a humanitarian emergency taxing China’s resources and also risking political and economic destabilization. (Seoul fears a similar refugee tide into the Demilitarized Zone.) In response, Washington and our regional allies should pledge full cooperation with Beijing to avoid massive refugee flows from North Korea as its prison-camp structures dissolve.

This will doubtless involve complex, fraught issues like deconflicting intervening foreign forces in the region as the North’s regime collapses, and securing its missile facilities and stockpiles of weapons of mass destruction. In addition, we need a communications program urging North Korea’s population to remain in place, plans for the substantial and expeditious distribution of humanitarian aid, and other steps to help steady the North’s population even before significant refugee flows begin. While there are unquestionably political implications in these issues, they are fundamentally technical, and ultimately manageable.

China’s real objection to a managed reunification obviously rests on strategic concerns, namely what America’s role in a reunited Korea will be. Most importantly, Beijing does not want U.S. forces along the Yalu River. China didn’t like that movie in 1950, and doesn’t like it any better today. Fortunately, Washington doesn’t want our troops deployed on the Yalu, either, any more than today it wants them pinned down in the DMZ as a trip wire. Being fixed in essentially indefensible positions is bad tactics and worse strategy, especially given the attractive alternative of redeploying U.S. forces to the southern tip of the Peninsula. From Pusan, they could be rapidly deployed in Korea as events might require, or elsewhere across East Asia. China may not like that, either, preferring complete U.S. withdrawal to Japan or points further east, but that is simply Beijing dreaming. China should be satisfied with our forces stationed near Pusan, far more desirable for both powers than standing watch on the Yalu.

One final consideration for Washington is that we should long ago have stopped considering North Korea as merely an Asian problem. What Pyongyang has today in terms of deliverable nuclear weapons, Iran can have tomorrow by making a simple wire transfer. The North’s cooperation with Iran on ballistic missiles, intended to be used as delivery systems for their respective nuclear weapons, extends back 25 years, just as long as our fruitless negotiations. And there is every reason to believe the two rogue states are also cooperating on nuclear-weapons technology, such as Iran’s possible financing of the Syrian reactor destroyed by Israel in 2007. Moreover, since North Korea will sell anything to anybody for hard currency, international terrorists need only take a number.

Reaching agreement with China on Korean reunification will not happen overnight, which is why we should have broached the subject 15 years ago or more. But if we wish to avoid resorting to the military option, we must move immediately today. Better ideas are welcome. What should not be welcome is blithely sitting down with Pyongyang for a 26th year of diplomatic failure.