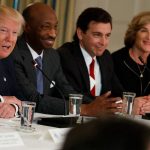 This article appeared in the Wall Street Journal on March 7, 2017. Click here to view the original article.

President Trump’s trade rhetoric until now has been simple and effective: America is getting ripped off, he says, and things need to change. Simplicity works on the campaign trail, but how does it translate into actual governance?

Earlier this month the administration submitted the annual National Trade Policy Agenda to Congress. The submission takes particular aim at the World Trade Organization’s “Dispute Settlement Understanding,” which provides a quasi-judicial process for resolving international trade disagreements. Although technical, even arcane, the DSU is dear to the hearts of global-governance advocates. The Trump administration is right to criticize its performance.

Agreed to during the Uruguay Round of world trade talks in 1994, the DSU has had some successes. But it is often criticized for failing to deter violations of the WTO’s substantive trade provisions and for too often exceeding its mandate by imposing new obligations on one or more parties, particularly against American interests.

This alarming trend extends beyond trade. A rising number of international agreements create “judicial” or “legislative” bodies that interpret and expand obligations well beyond what is laid out in underlying treaties, placing them beyond the effective control of domestic democratic institutions. This trend raises legitimate fears among states that they will lose sovereign authority. This fear is particularly acute in America, where the Constitution unmistakably fixes sovereignty in “We the People.”

The U.S. has in the past rejected or renounced international agreements that were not conducive to its interests. In 1986 the Reagan administration withdrew from the compulsory jurisdiction of the International Court of Justice. In 2002 the Bush administration unsigned the Rome Statute, which created the International Criminal Court. The U.S., thankfully, still has not ratified the Law of the Sea Treaty, thereby avoiding the jurisdiction of the tribunal it creates.

Washington has also blocked declarations by periodic “treaty-review conferences,” which have a similar tendency to expand member-state obligations beyond those contained in the original agreements. Likewise, the Trump administration is considering withdrawing from the U.N. Human Rights Council, whose creation the Bush administration voted against in 2006, and which the U.S. did not join until President Obama took office in 2009. The American people are often the last to learn of their new and purportedly legally binding commitments.

That isn’t to say that these international decision-making bodies are established exclusively to evade the burdens of America’s Constitution, only that evasion is their clear consequence. The unspoken objective is to constrain the U.S., and to transfer authority from national governments to international bodies.

The specifics of each case differ, but the common theme is diminished American sovereignty, submitting the United States to authorities that ignore, outvote or frustrate its priorities. Nothing in the Constitution contemplates such submission to international treaties or bodies. While many European Union governments seem predisposed to relinquish sovereignty, there is scant hint of similar enthusiasm in America. Moreover, the United Kingdom just dealt a stunning blow to the notion of Europe’s “ever closer union.” By reasserting their sovereignty, the British are in the process of escaping, among other things, the European Court of Justice and the European Court of Human Rights.

That brings us back to trade. The DSU is not, as some say, analogous to U.S. courts, which preserve the Constitution’s nationwide free-trade area through the “dormant Commerce Clause” doctrine. America is a real civil society where real courts have real enforcement capabilities—a far cry from the “global community” fantasyland. If Americans feel increasingly unable to restrain the exercise of judicial and legislative power at home, why should anyone be surprised to learn that international bodies are even worse?

Limiting an aggrieved country’s ability to resort to the DSU is not a rejection of free trade. To the contrary, it is a rejection of the unaccountable, legalistic morass into which free trade can all but disappear. In reality, ignoring DSU outcomes has always been an option for those prepared to face the consequences.

What is the World Trade Organization’s central objective? Is it to promote actual free trade, or is it merely to reify the DSU? If, in fact, this faltering dispute-resolution mechanism is the WTO’s central pillar, without which global free trade is doomed to collapse, we can legitimately conclude there is something gravely wrong with the direction of the basic enterprise.

Some countries cause more global trade problems than others. China is doing tangible harm to the regime of liberal international trade by striking first, and sometimes repeatedly, in violation of substantive WTO obligations in fields like intellectual property protection. Such countries—not those that retaliate rather than submit to the DSU—deserve the world’s ire.

If the DSU fails to deter repeated acts of trade aggression because of its cumbersome nature and faulty decisions, then the problem is likely the DSU, not its critics. Ironically, many global-governance advocates play down the DSU’s significance since it involves only trade, not existential political questions. Such modesty might seem becoming, but precedents established in one aspect of international affairs inevitably bleed into others.

The burden properly lies with the White House to specify how it will confront the DSU’s failings, many of which seem embedded in its design. Whatever steps President Trump recommends should be understood and measured against the larger dangers of global governance. The shadows cast by other flawed multilateral “authorities” make clear that U.S. sovereignty is at stake.