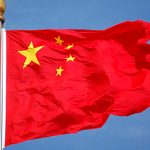 This article appeared in USA Today on April 28, 2017. Click here to view the original article.

For 25 years, U.S. presidents, Republican and Democratic alike, have tried persuasion (through diplomacy) and coercion (through economic sanctions) to induce North Korea to abandon its nuclear-weapons and ballistic-missile programs. All these efforts have failed. Pyongyang happily commits to denuclearize in exchange for economic benefits, but never honors its commitments.

A 26th year will also fail. North Korea sees deliverable nuclear weapons as its ace in the hole, synonymous with regime survival. When we say “give up your nukes,” Kim Jung Un and his generals hear “give up your regime (and your lives).” They won’t do it.

Barack Obama’s gutting of our nascent missile-defense capabilities has made pre-emptive action more likely. More robust detection and missile systems, although far from perfect, would provide more time and confidence that we could protect innocent American civilians from a terrorist nuclear strike by Pyongyang.

Only one non-military alternative now exists: convincing China that reuniting Korea, essentially by the South peacefully absorbing the North, is in both of our best interests.

China fears that truly applying its enormous economic leverage would collapse the Pyongyang regime, resulting in millions of refugees flowing into China, and American troops positioned on the Yalu River. Washington can assure Beijing that we (and Seoul) also fear massive refugee flows, and would work with China to stabilize the North’s population as its government disintegrated, and provide humanitarian assistance. And China can rest assured we don’t want U.S. forces on the Yalu, but instead want them near Pusan, available for rapid deployment across Asia.

Ironically, a pre-emptive U.S. attack would likely have the consequences Beijing fears: regime collapse, huge refugee flows and U.S. flags flying along the Yalu River. China can do it the easier way or the harder way: It’s their choice. Time is growing short.