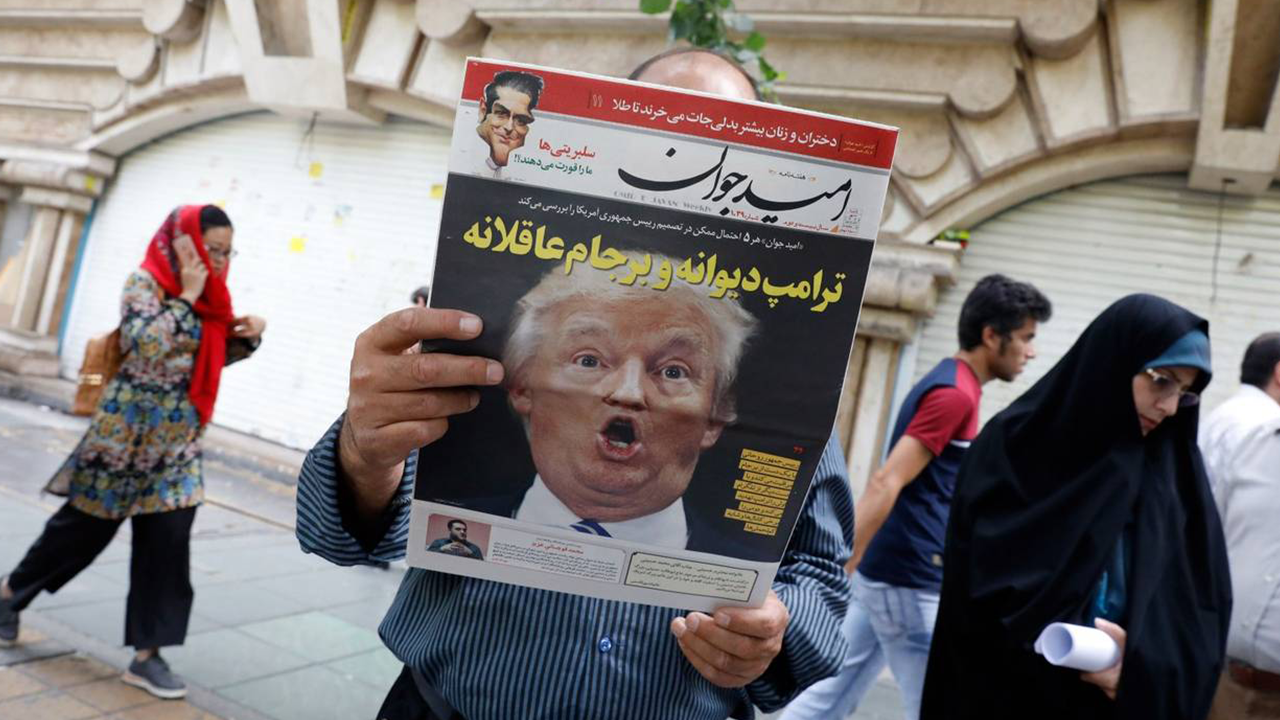 Trump has ‘scotch’d the snake, not kill’d it.’ But proposed congressional ‘fixes’ are feckless.

This article appeared in The Wall Street Journal on October 15, 2017. Click here to view the original article.

As Abba Eban observed, “Men and nations behave wisely when they have exhausted all other resources.” So it goes with America and the Iran deal. President Trump announced Friday that the U.S. would stay in the Joint Comprehensive Plan of Action, even while he refused to certify under U.S. law that the deal is in the national interest. “Decertification,” a bright, shiny object for many, obscures the real issue—whether the agreement should survive. Mr. Trump has “scotch’d the snake, not kill’d it.”

While Congress considers how to respond—or, more likely, not respond—we should focus on the grave threats inherent in the deal. Peripheral issues have often dominated the debate; forests have been felled arguing over whether Iran has complied with the deal’s terms. Proposed “fixes” now abound, such as a suggestion to eliminate the sunset provisions on the deal’s core provisions.

The core provisions are the central danger. There are no real “fixes” to this intrinsically misconceived agreement. The Nuclear Non-Proliferation Treaty, to which Iran is a party, has never included sunset clauses, but the mullahs have been violating it for decades.

If the U.S. left the JCPOA, it would not need to justify the decision by showing that the Iranians have exceeded the deal’s limits on uranium enrichment (though they have). Many argued Russia was not violating the 1972 Anti-Ballistic Missile Treaty (though it likely was) when President Bush gave notice of withdrawal in 2001, but that was not the point. The issue was whether the ABM Treaty remained strategically wise for America. So too for the Iran deal. It is neither dishonorable nor unusual for countries to withdraw from international agreements that contravene their vital interests. As Charles de Gaulle put it, treaties “are like girls and roses; they last while they last.”

When Germany, Britain and France began nuclear negotiations with Iran in 2003, they insisted that their objective was to block the mullahs from the nuclear fuel cycle’s “front end” (uranium enrichment) as well as its “back end” (plutonium reprocessing from spent fuel). They assured Washington that Tehran would be limited to “peaceful” nuclear applications like medicine and electricity generation. Nuclear-fuel supplies and the timely removal of spent fuel from Iran’s “peaceful” reactors would be covered by international guaranties.

So firm were the Europeans that they would not even negotiate unless Iran agreed to suspend all enrichment-related activity. Under these conditions, then-Secretary of State Colin Powell agreed their effort could proceed. Today, JCPOA advocates conveniently ignore how much Barack Obama and the Europeans conceded to Iran’s insistence that it would never give up uranium enrichment.

The West’s collapse was a grave error. Regardless of JCPOA limits, Iran benefits from continued enrichment, research and development by expanding the numbers of scientists and technicians it has with firsthand nuclear experience. All this will be invaluable to the ayatollahs come the day they disdain any longer to conceal their real nuclear strategy.

Congress’s ill-advised “fixes” would only make things worse. Sens. Bob Corker and Tom Cotton suggest automatically reimposing sanctions if Iran gets within a year of having nuclear weapons. That’s a naive and dangerous proposal: Iran is already within days of having nuclear weapons, given that it can buy them from North Korea. On the deal’s first anniversary, Mr. Obama said that “Iran’s breakout time has been extended from two to three months to about a year.” At best, Corker-Cotton would codify Mr. Obama’s ephemeral and inaccurate propaganda without constraining Iran.

Such triggering mechanisms assume the U.S. enjoys complete certainty and comprehensive knowledge of every aspect of Iran’s nuclear program. In reality, there is serious risk Tehran will evade the intelligence and inspection efforts, and we will find out too late Tehran already possesses nuclear weapons.

The unanswerable reality is that economic sanctions have never stopped a relentless regime from getting the bomb. That is the most frightening lesson of 25 years of failure in dealing with Iran and North Korea. Colin Powell told me he once advised British Foreign Secretary Jack Straw : “Jack, if you want to bring the Iranians around, you have to hold an ax over their heads.” The new proposals aren’t even a dull razor blade.

It sounds suspiciously like the Clinton administration’s failed Agreed Framework with North Korea. Many Clinton alumni were part of Mr. Obama’s Iran negotiation team. In Washington, nothing succeeds like failure. Mr. Trump and his congressional supporters should expressly repudiate Annex III and insist that Europe, Russia and China do the same.

The Iran nuclear deal, which Mr. Trump has excoriated repeatedly, is hanging by an unraveling thread. Congress won’t improve it. American and European businesses proceed at their own peril on trade or investment with Iran. The deal should have died last week and will breathe its last shortly.