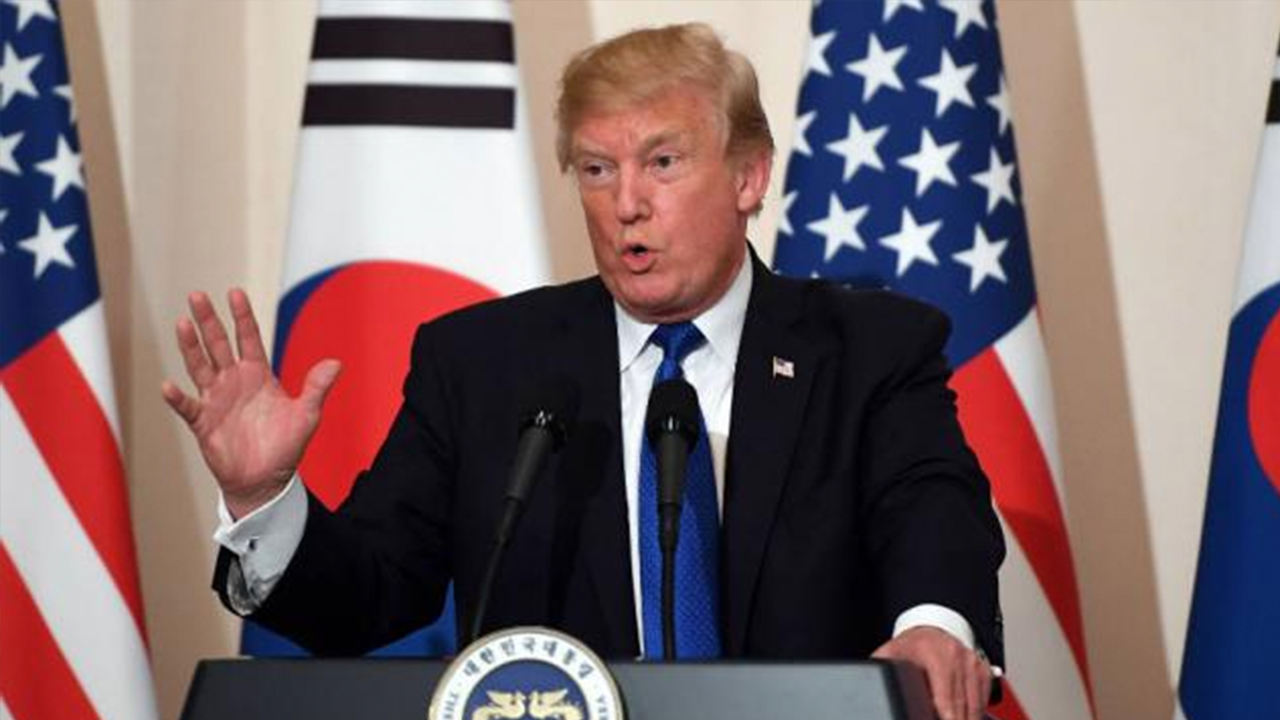 This article appeared in The Hill on November 15, 2017. Click here to view the original article.

Substantively, President Trump’s Asia trip made important progress against North Korea’s nuclear weapons and ballistic missile programs. For now, however, in this long counter-proliferation struggle, it remains unclear whether China is finally persuaded to exert its unequalled ability to dictate events in the North, or whether it is still engaging in equivocation, misdirection, and subterfuge.

Trump had a more difficult task in South Korea where the electorate is deeply split. President Moon Jae Un adheres to a version of the “sunshine policy,” believing the North can be cajoled out of its belligerence, a theory yet to produce even the slightest alteration in Pyongyang’s persistent push for nuclear weapons. By contrast, Seoul’s opposition leader, after the North’s sixth nuclear test this September, called on Washington to return tactical nuclear weapons on the peninsula once again, a move even President Moon’s defense minister suggested be discussed. One poll, taken before the latest test, found that 68 percent of South Korea’s population favored redeploying tactical nuclear weapons.

Trump’s speech to South Korea’s National Assembly, the first by a U.S. president since 1993, was impressive. He made clear he would do what was necessary to protect America, saying, “Do not underestimate us and do not try us. We will not allow American cities to be threatened with destruction. We will not be intimidated.” But Trump also reaffirmed the importance of the alliance between the United States and South Korea, thereby denying Kim Jong Un the opportunity, at least for now, to drive a wedge between the allies.

Unfortunately, it may be Beijing, not Pyongyang, that is opening daylight between the Moon and Trump administrations. Just days before Trump’s arrival, China and South Korea resolved an increasingly contentious dispute, China ended trade restrictions, and South Korea agreed not to deploy more THAAD missile defense systems, or join with Japan and America in trilateral missile defense cooperation or a defense alliance. Many South Koreans profoundly disagree with the deal, but Moon, who has long held such views, may hope it will constrain future Seoul governments.

Beijing was the main event of Trump’s trip, and here the results are unclear. It could not have escaped President Xi Jinping’s attention that Trump arrived after successful consultations in Seoul and Tokyo. Xi, having just consolidated his domestic political power at China’s 19th Communist Party Congress, was clearly positioned to handle the North Korea issue as he saw fit. Apart from Trump’s brief comments about Xi promising more help on sanctions, however, we do not know what else was agreed, if anything. It is possible there was progress, which neither party thought opportune to disclose publicly. It is just as possible there was no progress at all.

During China’s grinding war with Japan, and the contemporaneous Communist-Nationalist civil war, Zhou Enlai formulated a strategy known as “da da tan tan,” or “fight fight talk talk.” Xi might be following a variation of this strategy (perhaps coordinated with North Korea, perhaps not), using endless consultations to buy time to stall American military action against the North’s nuclear program.

CIA Director Mike Pompeo said in October that Pyongyang was within months of being able to hit targets across the United States, the most pessimistic assessment about its capabilities ever made. Even if North Korea is less advanced, it is undoubtedly almost across the finish line of a 25-year race. With just a little more time, Kim Jong Un could effectively immunize his nuclear and ballistic missile programs from a U.S. strike because of the risk he could retaliate with nuclear weapons.

With time having nearly run out, more rhetoric from China, similar to the past several decades, is simply unacceptable. China must use its unique economic leverage over North Korea now, either facilitating a controlled collapse of Kim’s regime to reunify the peninsula under an extended South Korean model, or replacing Kim with a new government that can unquestionably be made to hand over the nuclear weapons program. Although fraught with difficulties, this approach is now actually the “easy way” for China to achieve what is has said for decades is its policy, namely, eliminating Pyongyang’s nuclear weapons program.

The hard way is to stand by while the United States uses military force to destroy that program before North Korea has the capacity to retaliate, also a risky strategy, especially for South Korea. America’s failure to act effectively, however, over 25 years and three presidents, frankly acknowledged in a recent opinion piece by Susan Rice, Barack Obama’s national security advisor, has brought us to this unhappy point.

If North Korea achieves deliverable nuclear weapons, it will be able to extort and coerce the United States, Japan, South Korea and others, not to mention opening a vast emporium of nuclear technology for the likes of Iran, other aspiring nuclear weapons states, and even terrorist groups. Arguments that Pyongyang can be contained and deterred as the Soviet Union once was are frank invitations to a new system of international terror, under terms and conditions far different from the Cold War.

Indeed, the likelihood of an increasingly multipolar nuclear weapons environment, a scenario we have never before experienced, should alone be enough to demonstrate that denuclearization of North Korea is truly the only way forward, as Trump urged the U.N. General Assembly in September. Make no mistake, we are very close to a decision whether North Korea’s threat will be handled the easy way or the hard way. Trump’s Asia trip may well prove to be the hinge point.