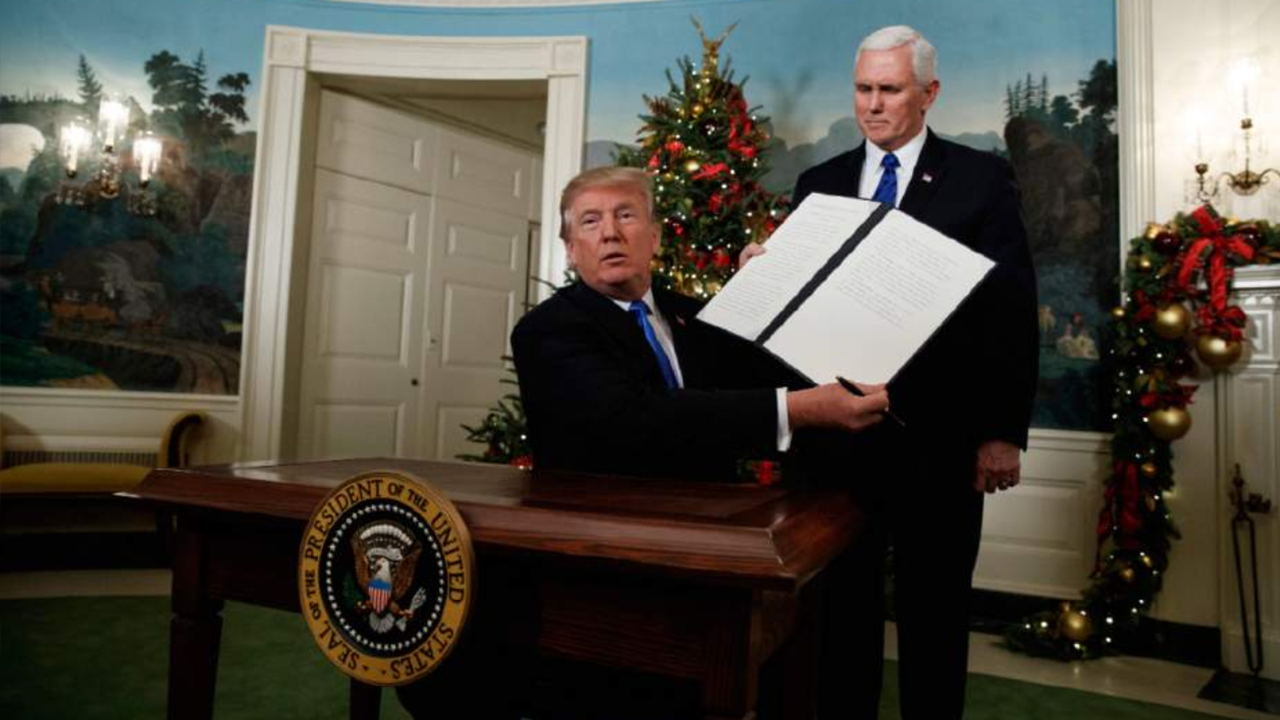 This article appeared in The Pittsburgh Tribune Review on December 9, 2017. Click here to view the original article.

President Trump’s announcement Wednesday that the United States would recognize Jerusalem as Israel’s capital was both correct and prudent from America’s perspective. Much more remains to be done to relocate the U.S. embassy in Israel from Tel Aviv to Jerusalem, but this was a vital first step.

What is now critical is implementing Trump’s decision. Will the State Department actually carry out the new U.S. policy — which State’s bureaucracy strongly opposed — or will the entrenched opponents of moving the embassy subvert it quietly by inaction and obfuscation?

In 1948, the United States, under Harry Truman, was the first country to recognize the modern state of Israel upon its declaration of independence. Nonetheless, Truman, at the State Department’s urging, declined to acknowledge Jerusalem as Israel’s capital, a mistake continued by his successors. Trump has now corrected this error: Jerusalem has been Israel’s capital since 1948, and the sooner the American flag flies over the American embassy there, the better.

The expected protests and violence from the usual suspects in the Middle East have already begun, and more can be expected. Fear of these protests has deterred prior administrations from moving the embassy to Jerusalem. But it is wrong for America to bend to such efforts to intimidate us. Congressional support will be overwhelming, as it should be; over 20 years ago, the House and the Senate legislated almost unanimously that the president should relocate our embassy to Jerusalem. Given the inevitable bureaucratic obstructionism, however, Congress must continue playing an important role — by constantly prodding the State Department and by providing prompt and adequate funding for building a first-class new embassy.

At a stroke, Trump has also extinguished numerous fantasies still thriving at the United Nations and in many national capitals around the world. The first is that several General Assembly resolutions from the U.N.’s early days in the late 1940s still have any force or effect. Trump’s announcement, for example, means that Resolution 181 (creating an Arab and a Jewish state out of Britain’s Palestinian mandate and establishing Jerusalem as a corpus separatum — an independent city under U.N. Trusteeship Council authority) is a dead letter. Moreover, the so-called “right of return” for Palestinian refugees arising from Israel’s 1947-49 war of independence, long out of date and flatly rejected by Israel, is now also on history’s trash heap.

Trump’s embassy decision helps bring into focus the real issues that now need to be addressed. The Middle East peace process has long needed clarity and an injection of reality, and Trump has provided it. Palestinian leaders have for decades said that moving the embassy would bring negotiations between Israel and the Palestinians to a grinding halt. That is true only if the Palestinians wish it, and would demonstrate that their commitment to true peace that recognizes the permanence of Israel was a snowflake, insincere from the start.

No lasting peace can be based on illusions, and Trump’s approach has made that objective more rather than less likely.