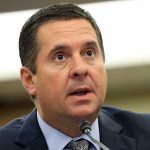 This article appeared in The Pittsburgh Tribune Review on February 11, 2018. Click here to view the original article.

After over a year of accusations, leaks and speculation about “Russiagate” and Hillary Clinton’s e-mails, a recently-released memorandum authorized by Chairman Devin Nunes of the House Intelligence Committee has garnered extraordinary publicity. Democrats wrote a response, also scheduled for public release. Since neither document reveals the actual evidence underlying their assertions, the debate rages on.

The Nunes memo is certainly not the last salvo in the political debate, which extends well beyond its limited subject matter: Whether the process for applying for foreign-intelligence-related surveillance on U.S. citizens was abused in an effort to “get” Donald Trump or his 2016 campaign. There is widespread, far-from-fanciful apprehension that the FBI investigation of alleged wrongdoing by the Clinton Foundation was killed for political reasons; that the Clinton e-mail investigation was both badly directed and improperly discussed publicly by then-FBI Director James Comey; that the “Russia collusion” allegations against Trump and his campaign had no foundation other than political reprisal; that Russian efforts to affect American elections are simultaneously at risk of being ignored or overstated; and that the Obama administration abused aspects of legitimate U.S. intelligence gathering for partisan purposes.

Despite torrents of words, we still have no adequate basis for judging fairly the truth or seriousness of nearly all these allegations of political bias, double standards in law enforcement and abuse of power by government agencies. The debate’s net effect, however, has unfortunately been to corrode the legitimacy of American institutions critical to our national security and to the concept of equal justice for all. Many, for example, are using the possibility of abuse in the foreign-intelligence field to weaken the critical capabilities and programs that protect us from threats ranging from nuclear weapons to suicide-bomb terrorists.

Things have gotten out of hand. There’s no end in sight.

Much as it grates on my every instinct as a former Justice and State Department official, I believe we need massive disclosure of the underlying evidence in all the contentious areas described above. Just as a starter, we should provide full public access to all the testimony taken and documents produced for Congress. More will have to come from the Justice Department, perhaps jeopardizing future criminal prosecutions, but there are occasions where the public is better served by illustration than by prosecution. This is one of them.

Plainly, significant aspects of these materials (such as applications to the foreign-intelligence court) will raise legitimate fears of harming intelligence and law-enforcement capabilities. Few arguments against public disclosure are more compelling than well-grounded concerns to protect the sources and methods used to gather intelligence and conduct criminal investigations. It is also true, as I have myself experienced, that these legitimate government interests can be used for blatantly political purposes. Deciding what to declassify will be an arduous task, but that is a reason to begin the review process now — not delay it.

Animosities are so high that not even full disclosure may be enough to resolve the current disputes and restore faith to critical government institutions. And no matter how carefully analyzed, the disclosures will inevitably impair some legitimate government endeavors. But the most important government interest here is restoring the citizenry’s faith in its government. That interest above all must prevail.