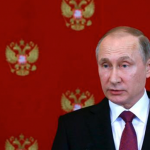 This article appeared in The Hill on February 19, 2018. Click here to view the original article.

Special counsel Robert Mueller’s efforts are far from over, and definitive conclusions about his work must still abide the day. Even so, Friday’s announcement that a federal grand jury in Washington had indicted 13 Russian citizens and three Russian entities for interfering in the 2016 elections and thereafter is highly significant, domestically and internationally. Mueller must still prove his wire fraud, identity fraud and other charges beyond a reasonable doubt, but the indictment alone powerfully reflects a wide-ranging investigation.

Domestically, the political ramifications for Donald Trump are clearly beneficial. After more than a year of public accusations, uninformed speculation and prodigious leaking by members of Congress and the media, the indictment contains no Trump-related allegations of knowing involvement in or support for Moscow’s pernicious activities. Both the indictment itself and Deputy Attorney General Rod Rosenstein’s accompanying press conference describe the Americans manipulated by the Russian saboteurs as “unwitting” or “unknowing.”

Nor does the indictment allege that Russia’s machinations, which began in 2014, well before any announced Republican or Democratic candidates for the presidency, influenced the election’s outcome. Sen. Roy Blunt (R-Mo.) previously put Moscow’s social media spending in proper perspective: The known $100,000 of Russian expenditures amounted to a mere 0.005 percent of the approximately $81,000,000 of total social-media outlays by the Clinton and Trump campaigns. Facebook vice president Rob Goldman himself tweeted that the majority of Moscow’s spending occurred after the election.

The safest conclusion based on currently available public information is that Russia did not intend to advantage or disadvantage any particular candidate and that Russia was not “supporting” anyone for president. Instead, its saboteurs sought to sow discord and mistrust among U.S. citizens, undermining our constitutional processes and faith in the integrity of our elections. Advertising or demonstrations for or against Trump or any other candidate were means to the Russian end of corroding public trust, not ends themselves.

Mueller’s indictment, while likely not his last, nonetheless undercuts both ends of the logic chain that many Trump opponents hoped would lead to impeachment. There is, to date, no evidence of collusion, express or implied, nor can it honestly be said that Russia was “pro-Trump.” What Trump rightly feared earlier, based on his political instincts, was that the notion of clandestine Kremlin support for his campaign would morph into the conclusion that his campaign must have colluded with Moscow.

Such cooperation has yet to find anything like real evidence to support it, but the danger of people jumping to that conclusion was both obvious and continuously stoked by anti-Trump media reporting, asserting or implying repeatedly what Russia and Trump were purportedly up to. Typically, the media’s ideological excess is their own worst enemy. They would rather play “gotcha” on Trump’s skepticism of Russian involvement than recognize that their fantasies of bringing down his administration are now undermined.

Accordingly, Mueller has afforded Trump a not-to-be-missed opportunity to pivot from worrying about unfair efforts to tar his campaign with the “collusion” allegation, toward the broader growing danger of Russian subversion. What happened in the 2016 campaign was graver even than the “information warfare” alleged in Friday’s indictment. This is, pure and simple, war against the American idea itself.

Hence, the international ramifications of the special counsel’s indictment: The White House can and should now pivot to the real task ahead, which is dealing strategically and comprehensively with Russia’s global efforts to enhance its influence. Interference in America’s election, much as it necessarily focuses our attention, is only a part of Moscow’s disinformation operations. Russian agents have repeatedly interfered in European elections, although the exact scope remains uncertain.

The Kremlin has conducted cyberwarfare against the Baltic republics, and old-fashioned conventional aggression against Georgia and Ukraine, including annexing Crimea. In the Middle East, during the Obama administration, Russia cemented a de facto alliance with Iran, built and expanded military facilities in Syria, sold weapons to U.S. allies like Egypt and Saudi Arabia, and propped up Bashar Assad’s dictatorship in Syria.

Moscow has blatantly violated the Intermediate-Range Nuclear Forces Treaty, while rapidly modernizing and expanding its strategic nuclear capability. Heretofore under President Obama, Vladimir Putin hardly had reason to fear that anyone would push back on anything. Finally, because of the overhang of the “Trump collusion” heavy breathing by his political opposition and the media, the Trump administration has neither developed nor deployed a coherent Russia policy.

But it’s never too late to start. Putin’s global aspirations are not friendly to America, and the sooner he knows we know it, the better. It is not enough, however, to file criminal charges against Russian citizens, nor are economic sanctions anywhere near sufficient to prove our displeasure. We need to create structures of deterrence in cyberspace, as we did with nuclear weapons, to prevent future Russian attacks or attacks by others who threaten our interests.

One way to do that is to engage in a retaliatory cyber campaign against Russia. This effort should not be proportional to what we have just experienced. It should be decidedly disproportionate. The lesson we want Russia (or anyone else) to learn is that the costs to them from future cyberattacks against the United States will be so high that they will simply consign all their cyberwarfare plans to their computer memories to gather electronic dust.

In Eastern and Central Europe, the White House needs to expand its efforts to strengthen NATO’s hand by persuading all its members to spend the bare minimum necessary for the alliance’s military resources. At the Munich Security Conference this past weekend, for example, a luncheon discussion on Ukraine produced many solemn pronouncements on Russia’s “violations of the rules-based international order.”

This was music to Moscow’s ears. Let Putin instead hear the rumble of artillery and NATO tank tracks conducting more joint field exercises with Ukraine’s military. That, and much more, will get his attention. An analogous response is warranted in the Middle East, where the White House is already laying a foundation for more robust responses to Russia’s probes. At rare moments in politics, unexpected events produce opportunities which must be seized before they disappear. The Russia indictment is one of them.