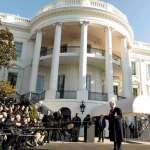 This article appeared on washingtonexaminer.com on March 15, 2020. Click here to view the original page. 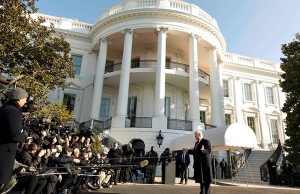 Befitting their absurd deference to China’s lies about the coronavirus (yes, they are lies), too many in the media are lapping up the Democratic Party talking point that the Trump administration gutted the National Security Council counter-pandemics effort.

While the Trump administration has rightly reorganized the NSC away from the bureaucratic behemoth it became under the Obama administration, NSC bio-defense efforts have continued. And as pointed out by the former NSC lead on the issue, Tim Morrison, these efforts were wide-ranging.

The key here is that the NSC’s bureaucratic reorganization is being presented as a gutting of the nation’s bio-defenses. And that’s plainly unfair.

The NSC is supposed to exist as a filtering house for government national security efforts in service of the president’s needs and policy priorities. Unfortunately, under the Obama administration, the NSC became a place where Ben Rhodes used bureaucracy to centralize power away from the Pentagon, State Department, and Intelligence Community, and slow down the policy process. Why the interest in lethargy?

Because the Obama administration hated making bold decisions quickly, including with the Osama bin Laden raid, there were various areas this caused issues for national security, but counter-China and counter-Russia activities stand out. Note, for example, the pathetic pushback against Russia’s undermining of the 2016 elections.

In contrast, what the Trump administration’s various national security advisers have been doing is quite simple: trying to make this process run more smoothly. While it’s true that John Bolton sought to centralize more power at the White House, he didn’t share the Obama-era penchant for bloating the NSC.

But there is no evidence that any of these reform efforts damaged U.S. bio-defense. Facing congressional prodding, the Trump administration released a comprehensive biodefense strategy in 2018. It also advanced the Obama administration’s admittedly fine efforts to counter the Ebola outbreak in Africa.

That brings us back to the central point.

To say that the Trump administration’s reforms damaged our biodefenses requires the assumption that bureaucratic reforms are thus in and of themselves bad. And that’s not true. The opposite, as any successful private company will tell you, is often the case. Indeed, while I don’t have the evidence to show it, the Trump administration’s NSC reforms might actually have made our nation’s biodefenses stronger.