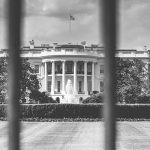 This article appeared on washingtonpost.com on March 16, 2020. Click here to view the original page.

Tim Morrison is a senior fellow at the Hudson Institute and former senior director for counterproliferation and biodefense on the National Security Council. 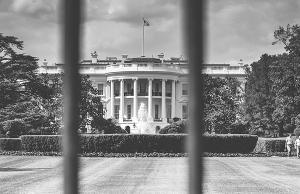 President Trump gets his share of criticism — some warranted, much not. But recently the president’s critics have chosen curious ground to question his response to the coronavirus outbreak since it began spreading from Wuhan, China, in December.

It has been alleged by multiple officials of the Obama administration, including in The Post, that the president and his then-national security adviser, John Bolton, “dissolved the office” at the White House in charge of pandemic preparedness. Because I led the very directorate assigned that mission, the counterproliferation and biodefense office, for a year and then handed it off to another official who still holds the post, I know the charge is specious.

Now, I’m not naive. This is Washington. It’s an election year. Officials out of power want back into power after November. But the middle of a worldwide health emergency is not the time to be making tendentious accusations.

When I joined the National Security Council staff in 2018, I inherited a strong and skilled staff in the counterproliferation and biodefense directorate. This team of national experts together drafted the National Biodefense Strategy of 2018 and an accompanying national security presidential memorandum to implement it; an executive order to modernize influenza vaccines; and coordinated the United States’ response to the Ebola epidemic in Congo, which was ultimately defeated in 2020.

It is true that the Trump administration has seen fit to shrink the NSC staff. But the bloat that occurred under the previous administration clearly needed a correction. Defense Secretary Robert Gates, congressional oversight committees and members of the Obama administration itself all agreed the NSC was too large and too operationally focused (a departure from its traditional role coordinating executive branch activity). As The Post reported in 2015, from the Clinton administration to the Obama administration’s second term, the NSC’s staff “had quadrupled in size, to nearly 400 people.” That is why Trump began streamlining the NSC staff in 2017.

One such move at the NSC was to create the counterproliferation and biodefense directorate, which was the result of consolidating three directorates into one, given the obvious overlap between arms control and nonproliferation, weapons of mass destruction terrorism, and global health and biodefense. It is this reorganization that critics have misconstrued or intentionally misrepresented. If anything, the combined directorate was stronger because related expertise could be commingled.

Opinion | Trump fans believe him over the media on coronavirus. This is dangerous.
Trump may think he can sugarcoat coronavirus, but media critic Erik Wemple says it is time for the government to speak with one clear voice about public health. (Video: Erik Wemple/Photo: Jabin Botsford/The Washington Post)
The reduction of force in the NSC has continued since I departed the White House. But it has left the biodefense staff unaffected — perhaps a recognition of the importance of that mission to the president, who, after all, in 2018 issued a presidential memorandum to finally create real accountability in the federal government’s expansive biodefense system.

The NSC is really the only place in government where there is a staff that ensures the commander in chief gets all the options he needs to make a decision, and then makes sure that decision is actually implemented. I worry that further reductions at the NSC could impair its capabilities, but the current staffing level is fully up to the job.

You might ask: Why does all this matter? Won’t it just be a historical footnote?

It matters because when people play politics in the middle of a crisis, we are all less safe.

We are less safe because public servants are distracted when they are dragged into politics.

We’re less safe because the American people have been recklessly scared into doubting the competence of their government to help keep them safe, secure and healthy.

And we’re less safe because when we’re focused on political gamesmanship, we’re not paying enough attention to the real issues. For example, we should be united behind ensuring that, in a future congressional appropriations package, U.S. companies are encouraged to return to our shores from China the production of everything from medical face masks and personal protective equipment to vitamin C and penicillin.

And we should be united in demanding to know why the Chinese Communist Party (CCP) was aware of the coronavirus outbreak in Wuhan early in December, maybe even November, and didn’t tell the rest of the world, when stopping the deadly spread might have been possible.

The Opinions section is looking for stories of how the coronavirus has affected people of all walks of life. Write to us.

Just as the United States has fought against fake information aimed at our elections, we should fight back against CCP propagandists. They are not only campaigning against the use of the term “Wuhan virus” (a more geographically accurate description than “Spanish flu” ever was about the 1918 pandemic) but now also promoting the false claim that covid-19 was created by the U.S. Army. Public health officials have pinpointed a wild-animal market in Wuhan as the outbreak’s origin.

There are real threats emanating from this pandemic. We need to focus on getting our response right and save the finger-pointing for what comes after. This is the United States — we will get through this. And for the love of God, wash your hands.