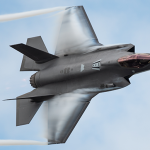 Just about every article written reacting to the move toward full peace between Israel and the UAE discusses the potential for a sale of the F-35 stealth fighters – an aircraft that is considered to be generations ahead of any other — to the UAE. And almost immediately, the prospect of this sale raises eyebrows in terms of America’s commitment to maintaining Israel’s qualitative military edge (QME). Almost every article discussing this refers to the emergence of the QME as a foundation of the United States’ commitment to Israel’s security born of the bitter, and dangerously close to fatal, experience of the 1973 war. There were several facets to it, but the most prominent described are that the shock sustained by the Israel Defense Forces (IDF) showed that Israel’s ability to defend itself, given its striking numerical inferiority, depended entirely on the most advanced weaponry. Since the Soviet bloc was selling Israel’s adversaries its most advanced weaponry, it was imperative that the United States, as part of its own reputation in the Cold War, supply Israel with its needs.

This is a strong argument, but unfortunately, the QME did not come about as a result of the Yom Kippur war. One has to travel back another three years to August 1970, to the end of the war generally unknown to all but students of Israeli history and those of us old enough to remember: the War of Attrition. In so correcting the historical record, the QME acquires quite a different flavor and rationale.

Following the Six Days War in 1967, after a stunning Israeli victory over all her neighbors and then some, many – especially in the Israeli government — expected a phone call any minute from Cairo, Damascus and Amman suing for peace. It was not to be. Instead, the Arab world met in Khartoum and on September 1, 1967, issued their famous three “nos:” no peace with Israel, no recognition of Israel, and no talks with Israel. A constant border war of attrition on both the northern border with Syria along the Bashan mountain ridges of the Golan Heights, and the southern border with Egypt along the Suez Canal followed. This unrecognized “War of Attrition,” as it came to be more commonly known, lasted almost three years, and was one of Israel’s most costly.

While the war was started by Egypt, Israel used the war to overcome a key conundrum: it had limited standing forces able to hold the canal against Egypt’s large army, and thus would have to rely on mobilization. But it could not mobilize indefinitely, since reserve forces represented the bulk of Israel’s adult male population. Thus, the war of attrition launched by Egypt – instead of wearing Israel down – actually gave Israel the ability to constantly apply force to relentlessly pressure Egypt’s armed forces and force them to deploy dozens of kilometers further back. This “buffer” allowed Israel to hold the canal with few forces. Moreover, if Egypt lurched forward, it would take 72 hours to remilitarize this buffer – hence was borne the Israeli anticipation of 72-hour early warning tripwire for war, but it was based on monitoring the physical deployment of the Egyptian army rather than penetrating Egypt’s high command with spies.

When the Egypt sued for a ceasefire, Israel accepted under the expectation that the integrity of the buffer would be maintained, or the war of attrition would be resumed. And sure enough, within days, the Egyptian began moving their forces forward, and just as surely, Israel prepared to resume the War of Attrition to push them back.

But Washington had other ideas. America had just launched the “Roger’s Plan” – the peace process of that day – and believed a resumption of hostilities would derail this promising development. Washington, thus, asked for Israeli restraint. At first, Israel refused, but then Washington offered a strategic exchange to Jerusalem: abandon the preemptive option and ignore Egyptian strategic moves in exchange for an American guarantee of Israel’s military “qualitative edge” over its neighbors.

Israel agreed, and bartered its strategic freedom of maneuver and initiative in exchange for a qualitative military edge (QME) in weaponry. Egypt deployed forward, but Israel was compensated for its strategic passivity with weaponry that established so overwhelming a qualitative advantage over its adversaries, it was said, that deterrence was certain, and even if not, victory would be swift. And American aid to Israel ballooned to pay for it.

So, Israel committed the cardinal sin of strategic planning: it allowed tactics to replace strategy. It allowed intelligence to replace rather than support strategic planning, preparation, positioning, deployment and maneuver. In doing so, it set the stage for catastrophic failure. And that disaster, made inevitable by the lapse in proper strategic planning and surrender of initiative, came on October 6, 1973, when Arab armies launched the Yom Kippur War, blasted through the berms along the Suez Canal, rolled into the Sinai and punched through the Bashan Ridge onto the Golan plateau to the escarpment overlooking the Sea of Galilee.

The 1973 War, however, did not provoke reflection of the origins of the grave failure and strategic planning, and thus did not trigger therein a strategic re-evaluation. Instead, it allowed the interpretation and the war and its failure to descend into an indictment of Israel’s intelligence apparatus. In other words, the examination of the failure of the war continued to embrace the cause of the failure: namely, the reliance on intelligence to replace, rather than support strategy and an strategic posture., and the reliance on qualitative superiority of weapons over strategic imagination, planning, preparation, deployment and initiative. For the political echelon – which is ultimately the level at which strategic planning is properly conducted (since strategy is not a strictly military question) – this was a convenient dodge.

And thus, the after-action evaluation of the Yom Kippur War missed its greatest opportunity to reexamine the by-then eclipsing idea of securing deterrence via a qualitative military edge at the expense of strategic planning, preemption and freedom of strategic maneuver to tee up a decisive victory. Instead, a deadly cycle was joined. Israel depended ever more on cutting edge American arms, relied ever more on US aid to pay for it, which demanded ever more of Israel to subordinate its strategic initiative, maneuver and planning to American regional policies. This progression, in turn, would leave Israel’s will questioned, deterrence weakened and compromised – all of which invited a greater threat which demanded yet more weaponry. Almost always, those policies entailed further Israeli restraint and acquiescence to America’s attempts to downplay its closeness to Israel in order to court key Arab nations, and ultimately to pursue peace processes which exacted concessions from Israel in an attempt to reconcile the two sides of this “balancing” act. The strategic dependence of Israel on the US always guaranteed that Israel’s security establishment would support such restraint and conciliation.

It is undeniable that a certain level of technological superiority is insurmountable. When a modest-sized US military force launched a war from Kuwait in 2003 against Saddam Hussein’s much-vaunted million-man military, its technological superiority in itself became an inescapable strategic reality. And yet, that same technological superiority – which delivered total victory against Iraq within two weeks — helped little in fighting the war waged on the US in that country against the Iranian and Syrian low-tech war of subversion. Indeed, Iran failed over 8 years of war with a half-million dead to register any significant strategic victory, let alone movement, against the Iraqi military to which we laid waste in days. And yet, Iran ultimately inflicted in a much shorter period of time grave, tragic and lasting damage on the US – so much so that it has altered the way the US looks at foreign intervention. Strategic acumen vanquished technology. And what turned around the American war effort in Iraq was ultimately also learned strategic skill – easing Shiite anxiety over a sellout while turning Sunni tribes against al-Qaida’s al-Zarqawi – supported (but not replaced) by critical intelligence to help navigate properly through this strategic maneuver.

Returning to the present, the issue regarding the QME – which is a question of weapons and tactics, not strategy – should be placed in the larger strategic context. Israel should not now bind itself rigidly to this doctrine with a mixed past if it blocks Israel’s ability to take the initiative in crafting a national strategy to deal with the challenges it will face in the coming decades. Indeed, this moment is an invitation to examine for the first time since 1970 the iconic reliance on the QME over strategic imagination and preparation to the exclusion over all else in Israeli planning.

This is especially relevant in terms of the three most important geo-strategic initiatives that Israel must undertake now and for the next several years:

The latter would include stopping Palestinian construction in forbidden areas (Area C under the Oslo Accords), undermining both the Palestinian National Authority’s and Turkey’s intrusions and destructive activity on the Temple Mount, Jerusalem and even among Israel’s Arab citizens, and building of Israeli villages, towns, cities and infrastructure in critical areas of Judea and Samaria – all matters on which Israel has largely dropped the ball.

Only when one considers those three critical strategic imperatives could one then in proper strategic context consider the question of the lifespan of qualitative technological advantages the UAE would gain from an F-35, and weigh that against what one might gain by coordination with Abu Dhabi. And only then can one judge whether the sale would constitute so great a threat to the basic functioning of the Israel Defense Forces that it would become a strategic threat in itself and annul any gain there might be in enlisting the UAE’s coordination, or at least acquiescence, in strategic initiatives and alliances to address these three strategic imperatives that will affect in the long run Israel’s borders and its survival.