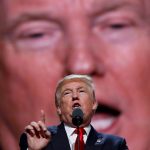 How Trump is weakening America: His refusal to concede defeat strengthens Russia and China

This article appeared in The New York Daily News on November 17, 2020. Click here to view the original article.

As Russia, China and other adversaries try to undermine our citizenry’s confidence in American institutions, Donald Trump has been their hopefully unwitting ally. Oblivious to anything not directly benefitting him, Trump spent much of the 2020 campaign, and has spent nearly every waking hour since Nov. 3 complaining that the outcome was rigged, and that massive conspiracies to commit fraud are overturning his re-election.

Trump’s unprecedented insistence that the core machinery of U.S. elections (voter identification and vote casting, counting and certification) is being manipulated is obviously wrong. Significant protections and safeguards are built into the electoral process in every state and county because we know that the possibilities for fraud and stolen elections are ever-present, notwithstanding the dewy-eyed view of some commentators. If Trump had evidence of election-rigging or fraud, he should have produced it by now. He has not; lawsuits have flamed out or been radically pared back.

But his continued aspersions on the 2020 election buttress the case our enemies make against us. Now, they can quote an American president for their own ends.

Without a doubt, Russian and Chinese efforts in the 2016 and 2020 elections have been devoted to undermining America’s confidence in its own institutions, increasing mistrust among our fellow citizens, and confusing the public discourse with false and misleading information. They have most certainly used cyberwarfare against the integrity of our elections, and China’s subversive efforts especially have ranged far more broadly, as Vice President Mike Pence has previously made clear.

We, and Trump in particular, do Moscow’s and Beijing’s work for them when we argue whether they favor Trump or favor Biden. Russia and China favor themselves; merely inducing Americans to argue about their strategies is likely a vital part of the strategies themselves. Trump has been told all this, but his fascination with himself bleaches out all other concerns in his public remarks.

Attacking America’s institutions is not a Republican Party or conservative hallmark. For Trump, it is something of a commonplace. For example, in a 2017 pre-Super Bowl interview with Fox News’ Bill O’Reilly, Trump said he respected Russia’s Vladimir Putin. O’Reilly responded that Putin was “a killer.” Trump paused for a few seconds — perhaps actually reflecting on what was he wanted to say — before responding, “We’ve got a lot of killers. You think our country is so innocent?”

This Trumpian moral equivalency emerges all too often. Prior to his embarrassing exchange with O’Reilly, Trump said of Putin in 2015, “he’s running his country, and at least he’s a leader, unlike what he have in this country.” The list of comparable examples is depressingly long.

After Nov. 3, Trump’s antics reached fever-pitch. In nearly incoherent remarks during the early hours of Wednesday, Nov. 4, as the vote totals were turning against him, Trump said, “This is a fraud on the American public. This is an embarrassment to our country. We were getting ready to win this election. Frankly, we did win this election.” On Nov. 5, Trump said further, “If you count the legal votes, I easily win. If you count the illegal votes, they can try to steal the election from us.” Even when he seemingly lets the truth slip out, as on Nov. 15, when he admitted a Biden win, he quickly reverses course.

All of this is propaganda, which does constitute “an embarrassment to our country,” coming as it does from the president. Trump’s record over four years, and continuing right until today, is in the sociological expression Sen. Daniel Patrick Moynihan popularized, “defining deviancy down” in the political world. Our expectations for Trump are so low, we have lost the capacity to be surprised.

Fortunately, however, Trump’s abnormality provides precisely the way to repair the damage his presidency, and especially his post-election performance, have caused us internationally. We must stress that Trump is an aberration, an anomaly, rather than an accurate reflection of the American system or its people. Trump’s war with the election results, sadly but ironically helpfully, is the best proof of his aberrant status.

To repair the damage that his tweets and his actions have caused in recent days, as with repairing the larger damage he has done to our reputation overseas, we need to emphasize that the 2020 election has, hopefully, brought a return to “normalcy.” Biden may not like being this century’s Warren Harding, but that may just be his lot, at least in the rest of the world’s estimate.

We will have significant debates between normal Republicans and Democrats about Biden’s foreign and domestic policies, which we and the world will welcome as normal, and this too will help repair Trump’s damage. The process could actually move quickly. Let’s hope so.

Bolton, Trump’s national security adviser from 2018 to 2019, is author of “The Room Where It Happened: A White House Memoir.”