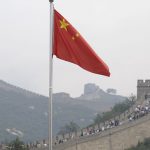 China is not the juggernaut of Wall Street ﬁnanciers’ imaginations, but that doesn’t make its expansionism any less of a threat.

This article appeared in The Wall Street Journal on November 17, 2020. Click here to view the original article.

With Joe Biden’s election now declared by the press, albeit still unacknowledged by Donald Trump, it is appropriate to consider what policies his administration will pursue starting Jan. 20. Any new president’s national-security policy would be more coherent, consistent and sustained than Mr. Trump’s. The risk with Mr. Biden is not that his policy will be chaotic, but that it will be badly misguided.

One thing is certain: China is the most significant international threat that America—and the global West generally—now faces. And that will be true for the rest of this century. Mr. Biden’s real views on dealing with China are obscure, more collateral damage from an election campaign that rarely debated foreign and defense policy in any substantive way.

Much remains to be seen, especially in light of China’s responsibility for worsening the coronavirus pandemic by its concealment and disinformation. Beijing’s disingenuousness has worsened U.S. public opinion about China, a shift echoed world-wide, potentially far more negatively than the adverse reactions to the 1989 Tiananmen Square repression.

Dan Blumenthal of the American Enterprise Institute has stepped into this void with “The China Nightmare: The Grand Ambitions of a Decaying State.” Serious practitioners and students of U.S.-China relations will need to reckon with his analysis.

Mr. Blumenthal’s approach will catch many by surprise. He says plainly that “China has taken advantage of American complacency.” He rejects the conventional thinking that China’s domestic economy is still moving from strength to strength, thereby providing Chinese president Xi Jinping and the Communist Party with the wherewithal to insist on China’s centrality in Asia and to challenge the U.S. globally. Indeed, it is key to Mr. Blumenthal’s “China nightmare” thesis that Mr. Xi’s domestic policies (and those of his immediate predecessor, Hu Jintao) have rolled back many of the dramatic, market-oriented reforms of the Deng Xiaoping era in favor of increased state control. The Xi regime is impairing China’s economic growth (and any prospect for an innovation-based economy) and laying the basis for failure internationally. Mr. Blumenthal writes that the main thesis of his book “is that despite (or perhaps because of) China’s growing internal weaknesses, it is pushing forward grand strategic ambitions.” China is not the juggernaut of Wall Street financiers’ imaginations, but that doesn’t make its expansionism less a threat.

Mr. Blumenthal challenges received wisdom in other ways. Contrary to the prevailing mantra of China’s “peaceful rise,” his analysis stresses that Mao Zedong and his successors repeatedly used military force against their geographical neighbors. They are doing it today, from the East and South China Seas to the “line of actual control” on the disputed frontier with India.

Domestically, the Xi regime is, among other things, engaging in armed repression against ethnic minorities like Tibetans and Uighurs; crushing dissent in Hong Kong (and thereby violating the “handover” agreement with the U.K.); and initiating a “social credit” system so the state can rank all Chinese citizens in every aspect of their lives, from jaywalking to dissent. China faces “insurmountable social problems,” Mr. Blumenthal writes. But “a weaker China . . . does not necessarily mean a risk-averse China.”

While China’s theft of intellectual property is a huge problem for the U.S., Mr. Blumenthal argues further, we cannot ignore the reality that America and Japan purposely transferred considerable scientific and technological knowhow to China. When we assign responsibility for the consequences of this catastrophic error, we need not look far.

Beijing apparently never received the memo that the age of empire is over. The Chinese Communists have focused on fully restoring the Qing empire’s boundaries, and no lacuna in achieving that goal is more painful than Taiwan’s de facto independence. In resolutely Orwellian fashion, China has insisted so fiercely on its distorted interpretation of the 1972 Shanghai Communiqué’s “one China” language that even Americans now unwittingly accept China’s version. That suits Beijing; it doubtless hopes Mr. Biden’s team will find those pesky Taiwanese as much a nuisance as did Jimmy Carter, for thwarting what Mr. Blumenthal calls China’s “main strategic-military priority since the end of the Cold War.”

Taiwan’s example of freedom and openness, Mr. Blumenthal contends, is enormously disruptive on the mainland. The U.S. could put the Communist Party in a vise by using information statecraft and other forms of political warfare. China has for years been waging political warfare against us, so it is well past time to implement a counterstrategy. In cyberspace, America is doing precisely that, forestalling or retaliating against efforts to influence our domestic political discourse, thus building deterrence to prevent such attacks in the future.

While a true grand strategy toward China is urgently needed, Beijing’s obsession with Taipei provides Washington an asymmetric response to objectionable Chinese behavior. We can answer its belligerence and intransigence through diplomatic or political means, wounding the Chinese Communists deeply, and simultaneously bolstering Taiwan.

The most consequential step, one I have urged for over 20 years, is for America to grant Taiwan full diplomatic recognition. By all customary international law criteria (a defined territory and population, a capital city, and a government carrying out normal governmental functions), Taiwan is a sovereign state, and democratic to boot. Relations between the U.S. and China would chill dramatically, but that is what China should fear, not America. There are smaller steps Washington could take. We could, for example, regularly receive Taiwanese officials in U.S. government buildings, which would seriously undermine the legitimacy of China’s campaign to force Taiwan into a morganatic union.

Our relations with Beijing will not get easier over the next four years. Mr. Blumenthal has done the Biden administration a favor with “The China Nightmare.” Let’s hope the president-elect takes advantage of it.