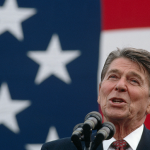 How the GOP can regain the voters Trump alienated, but also keep those whom he attracted.

This article appeared in The Dispatch on November 30, 2020. Click here to view the original article.

Donald Trump’s post-November 3 conduct has been consistent with his entire presidency: wholly centered on Donald Trump. One of the worst consequences of this self-indulgence for conservatives is the treacherous fixation on whether one agrees or disagrees with Trump. Even when he embraces some element of conservative truth, he typically so exaggerates or distorts it that one can barely discern the underlying principle.

Or worse. Remember, for example, his diktat at an April 13 coronavirus briefing: “When somebody’s the president of the United States, the authority is total, and that’s the way it’s got to be.” An unvarnished Trumpism, made in Trumpian style, and utterly contradictory to American conservative thinking.

Rather than aligning with principle (which Trump lacks), long-standing conservatives torqued themselves uncomfortably to support his positions. This is unnatural and unwise, and we must stop it. Politics based on personality rather than philosophy is not conservatism’s credo. When politicians go astray, we judge their failures against our principles. We do not readjust our principles to suit their personal interests, as the paradigm case of Richard Nixon demonstrates. James Buckley, New York’s Conservative Party senator, was the first Republican to call for Nixon’s resignation. In the congressional delegation to the Oval Office that told Nixon he had to go, Barry Goldwater had the most impact.

Liberal pundits complain ceaselessly that today’s Republicans do not demonstrate sufficient courage against Trump. This is surely what liberals want to believe, but they misread conservatives as badly as Trump’s misreading that he owns the party.

Consider Michigan, where Trump’s post-election conspiracy theories met their Waterloo. Defeated by more than 150,000 votes, he authorized litigation asserting massive fraud and electoral malfeasance, as he did nationwide. Not one of his cases produced facts changing even a single vote. This conspiracy must be so vast and so successful that it left no evidence behind, making it modern history’s pre-eminent covert operation.

Rebuffed in state and federal courts, Trump abandoned legal reasoning for pure political force, attempting to rewrite the constitutional role of state legislators to generate slates of pro-Trump electors. He summoned Mike Shirkey and Lee Chatfield, the top Republicans in Michigan’s Senate and House, to Washington, hoping to intimidate them into overturning their state’s counting and certification process. They refused.

The pressure shifted to Michigan’s State Board of Canvassers. The Republican national and Michigan state chairs urged the board to postpone certification for two weeks, thereby enabling more mischief. Republican board member Aaron Van Langevelde disagreed, in plainly conservative terms: “We have a clear legal duty to certify the results of the election, as shown by the returns that were given to us. … We cannot and should not go beyond that. As John Adams once said, ‘We are a government of laws, not men.’”

Shirkey, Chatfield and Van Langevelde are heroes, and far from alone. National GOP leaders can profit from their example. If these three Michiganders can do it, so can the rest of us.

With Trump’s efforts now defeated in fact, if not yet in his imagination, what comes next? One immediate project is producing documentation analogous to the Black Book of Communism, to serve as a definitive refutation of Trump’s extravagant, unsubstantiated claims of “stealing the election.” Such a work will not convince all conspiracy theorists, but we need an authoritative, even encyclopedic, recital of the truth for future use.

Longer term, there must be a broad “conversation” about the direction of the conservative movement and the Republican party. Much of the havoc Trump wreaked is uniquely due to his ego, his public style, and his distortion of basic conservative philosophy. We should have no illusions that excising Trump’s lesions from the body politic will be easy. Many conservatives invested themselves in his success and have not yet receded. Still, there is no point in demanding that they confess error as an auto da fe. We need instead a “malice toward none, charity toward all” approach, which is fully justified by the Democratic left’s larger threat, whether from Biden or his successors.

Our objective should be restoring to conservatism an unmistakably Reaganite optimism and confidence: the “morning in America” crowd defending our “shining city on a hill,” not Trump’s dystopian “American carnage” approach. We can thereby regain the voters Trump alienated, but also keep those whom he attracted. Blue-collar families who left the Democratic party in 1980 were called “Reagan Democrats,” and those who have voted for Trump are essentially their contemporary counterparts. The proposed “conversation” may be lengthy, but there is every reason to believe it will succeed with enough work.

We need to start now, in time for Georgia’s critical January 5 runoffs. Victory for incumbents David Perdue and Kelly Loeffler will produce a 52-vote Republican Senate majority, a major check against Biden administration excesses. Placating desolate Trump supporters is purportedly the rationale for not speaking truthfully about Trump’s defeat, but hard political logic points in exactly the opposite direction. By pursuing his personal interests, Trump has vastly complicated the prospects for winning both runoffs. For no reason other than ego, he induced Perdue and Loeffler to demand the resignation of Brad Raffensperger, Georgia’s Republican secretary of state. Now, some Trump supporters argue for boycotting Perdue and Loeffler because they are insufficiently pro-Trump, perhaps writing in Trump’s own name to show their dissatisfaction.

Nothing like fratricide to kick off a crucial election campaign. Obviously, keeping a GOP Senate majority is the immediate electoral priority, which underscores precisely why remaining silent on Trump’s conspiracy theories is so damaging. His impending campaign visit to Georgia could well cause more harm. Republican voters will accept the truth if explained rationally by responsible party leaders. But if all they hear is Trump barking, they may well believe, and far beyond Georgia, that no one disputes his version of “the stolen elections.” That would be dangerous beyond calculation.

Looking toward 2024, the risks of silence only grow. The “Trump lane” to the party’s presidential nomination will be congested, especially if Trump is still in it. Just as Democrats almost blew their 2020 prospects by endlessly rehashing “Russian collusion,” we could do the same by relitigating “the steal” merely to gratify Trump’s fantasy. While a crowded race to be Trump’s heir would free up lanes for those who do not seek that role, such lanes might disappear if the “stolen election” becomes dogma. It is far easier to avoid this calamity by speaking now, rather than waiting until minds and memories are hardened by unrefuted Trump logorrhea.

Preparing the battlefield for 2024 will largely unfold through Republican responses to Biden’s priorities. We will see no lack of enthusiasm for the opposition party’s most important duty: opposition. The issue is whether we proceed in Trump mode, further undermining the integrity and legitimacy of our institutions, or whether we fight as true conservatives, attacking leftist policies without despoiling the foundations of America’s flourishing.

The Senate in particular will have a frontline role dealing with the Biden presidency through the “advice and consent” process for his nominees. Several Republican senators have already criticized those nominated for national-security positions, laying down markers that they might fight confirmation. I agree with their policy critiques, especially Biden’s likely fecklessness on China. What they have not addressed, however, is the Senate’s proper role in assessing executive branch nominees (life-tenured judicial nominees residing in a completely separate analytical framework). In a world truer to the intent of the Framers, the Senate would grant wide deference to a president’s choices, recognizing that his views control executive policies, not the views of his subordinates. The legitimate targets of opposition should be only those with grave personal failings or views beyond the range of reason.

I have some standing to raise this issue. Twice in George W. Bush’s presidency, Biden unjustifiably tried to block my nominations, first as an undersecretary of State, and later as U.S. ambassador to the U.N. My complaint, however, is constitutional, not personal. In recent years, increasing partisanship in advice-and-consent matters has risked transforming our system of separated powers into something quasi-parliamentary. So far, Biden’s nominees are not beyond the pale. Quite the contrary. He and his team instead embody Disraeli’s famous put-down of Gladstone’s front bench: “You behold a range of exhausted volcanoes. Not a flame flickers on a single pallid crest.”

Allow Biden these nominees; it will serve him right. Make their confirmations miserable, to be sure. Harry them with uncomfortable questions, exposing the weaknesses in Biden’s and their own stated policy positions and records. Once they take office, haul them back repeatedly for hearings. This would all serve the greater good. I am not so naïve to believe that reversion to the norm here will arise solely from constitutional arguments. Still, one can appeal to conservative Senators aspiring to the presidency to imagine their reactions when Democrats with blood in their eyes are rampaging against their nominees. Just a suggestion.

With Trump thrashing around for the next four years and Biden in the White House, conservatives face a sustained two-front struggle. Nonetheless, it is entirely winnable with persistent concentration and effort. We must remind ourselves that it was always morning in Reagan’s America, and it should be in ours as well.