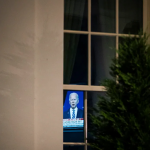 As of this writing, the Republican Party has not suffered permanent damage to its integrity and reputation because of President Trump’s post-election rampaging. This will not be true much longer.

Trump has so far failed to do so, and there is no indication he can. If he can’t, his “right” to contest the election is beside the point. The real issue is the grievous harm he is causing to public trust in America’s constitutional system. Trump’s time is running out, even as his rhetoric continues escalating. And time is running out for Republicans who hope to maintain the party’s credibility, starting with Georgia’s two Senate runoffs in January. Here is the cold political reality: Trump is enhancing his own brand (in his mind) while harming the Republican brand. The party needs a long internal conversation about the post-Trump era, but first it needs to get there honorably.

One approach holds that coddling Trump while he trashes the U.S. electoral system will help him get over the loss, thereby making it easier to reconcile him to leaving the Oval Office. But this coddling strategy is exactly backward. The more Republican leaders kowtow, the more Trump believes he is still in control and the less likely he will do what normal presidents do: make a gracious concession speech; fully cooperate with the president-elect in a smooth transition process; and validate the election process itself by joining his successor at the Jan. 20 inauguration.

Coddling proponents plead that an enraged Trump will jeopardize the chances of victory in the Georgia runoffs. But that is true only if party leaders do not speak up, explaining to voters what the real facts are. Do we in the GOP not trust our own base enough to absorb the truth? They will find out in due course anyway if Trump’s election litigation indeed crashes into reality. Once in court, state or federal, before judges appointed by Republicans and Democrats, actual witnesses will have to raise their right hands and tell the truth, and then face gale-force cross-examination from lawyers for President-elect Joe Biden’s campaign. It’s one thing to tweet; it’s another thing to testify.

Who is going to explain that to Georgia’s voters? Republican leaders should lay that groundwork now and not cede the field to a president whose interests directly contradict the party’s. Otherwise, they will rue the day they stood silent.

In the meantime, the litigation swirls on, risking, if it is ultimately exposed as unfounded, even more destructive consequences to public trust in the electoral process. Trump says he wants the truth. Surely, therefore, his lawyers will not engage in frivolous arguments, obfuscation, pettifoggery or dilatory tactics that would complicate uncovering the truth, right? Sadly, that has never been Trump’s style during a long career of litigation as a lifestyle.

Republican passivity risks additional negative consequences for the country. Trump is engaging in what could well be a systematic purge of his own administration, starting with the utterly unjustified firing of Defense Secretary Mark T. Esper this week and continuing through high- and mid-level civilian offices in the department. Lisa Gordon-Hagerty, head of the National Nuclear Safety Administration, was forced to resign. Washington is filled with rumors that the CIA and FBI directors are next.

This is being done with just 10 weeks left in the administration. All transitions bring uncertainty, but to decapitate substantial parts of the national-security apparatus during such a period for no reason other than personal pique is irresponsible and dangerous. Republicans know this.

Simultaneously, Trump is frustrating Biden’s transition, based on the 2000 precedent, when George W. Bush’s transition was delayed for 37 days by Al Gore’s contesting the Florida results. Two wrongs don’t make a right. It implies no acknowledgment of Biden’s legitimacy as president-elect for Trump to facilitate prudent transition planning, certainly in the national-security field, nor in finalizing distribution plans for a coronavirus vaccine, which will largely occur next year. At least, that’s how a confident, mature, responsible president would see it.

For the good of America, the 2020 election needs to be brought expeditiously to the conclusion that all logic tells us is coming. National security requires that the transition get underway effectively. These are Republican values. We will acknowledge reality sooner or later. For the good of the party as well as the country, let’s make it sooner.