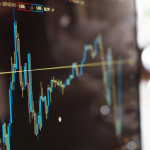 Many have recently become aware of the immense distortion posed by the alliance of large social media with government, enshrined in US Section 230, which exempts such firms from liability and undermines anti-trust actions. While this poses an obvious threat to free speech, as was exposed during the presidential campaign when major news stories that could have influenced the campaign were suppressed, this is really only part of a much larger threat not only to our First Amendment rights, but to the integrity of our sovereignty that extends far beyond the social media, or communications sector, altogether.

An emerging triad of large capital, government and international organizations is moving dangerously fast toward subordinating sovereignty to fashionable policies dictated by an emerging unaccountable international aristocracy. Sadly, as evident in the behavior of the social media giants demonstrated, a good bit of this evolution occurred right under the outgoing Trump administration’s nose despite its best efforts to “drain the swamp.”

This threat is materializing fastest in the environmental sphere which John Kerry has been appointed to lord over on behalf of the United States. A few weeks ago, the US Federal Reserve joined the “Network of Central Banks and Supervisors for Greening of Financial Systems” or NSGF for short. So, while the United States is re-entering the Paris Accord, which has no real enforcement mechanism, this body in turn has teeth designed to enforce environmental norms on nations as defined by an unaccountable body representing the interests of the emerging international environmental aristocratic class. At its core, the mechanism upturns the role of fiduciary responsibility – namely that an investor actually can count on his investment manager to base his judgments on trying to make money – and weaponizes it. Fiduciary responsibility has hitherto tempered activist investment being imposed on large investment houses or on credit-lending banks. Retirement accounts, government investment funds, private and institutional investors all invest their money to make money. This bottom line, namely legally enforceable fiduciary responsibility, has thus far guaranteed prioritization of profit, sobriety and focus. It preserved market competition, and ensured that companies with bright new ideas have a shot at thriving based on their ability to deliver goods produced on the basis of such innovation to market.

What the NGSF does is force, through the participation of the central banks, the banking and investment community to raise the priority of environmental considerations into the heart of fiduciary judgments, essentially weaponizing them. Moreover, lest any institution simply attempts to buck the trend, then the full weight of international banking system and government can be used to shut down that effort and put it out of business. In other words, international environmental activists and the monopoly of government can be used to impose distorted investment decisions on large capital, fundamentally upturn what is meant by fiduciary responsibility by prioritizing social credit over profit.

Similarly, the consequences of the immense power government wields to grant tax-breaks, offer protection from the damage that could be done in such distortions, land contracts or extend grants to business large and small will make inevitable the emergence of an alliance between large capital, government and aligned political movements and parties. International structures and sovereign governments grant an undue advantage to favored institutions in exchange for those institutions adhering and advancing the policy aims of the government and international structures and donating to the NGOs advocating for them. Facing such a daunting triad, any potential competitor who tries to buck the fashionable policy aims withers. And small business – dependent on loans and credit – will have to pay the piper in terms of aligning itself on politics and policy with the reigning powers and their international allies.

Our energy sector and its large industries, which are already reeling from the kabosh on the XL pipeline and the suspension of drilling permits on federal lands, will soon feel the full weight of this emerging distortion and the power behind it in the coming months and years. The greatest danger, however, is that we will soon see it play out not only in the energy and social media sectors, but in every sector. The dangerous NGSF structure has now established a precedent that can be extended beyond social media activities and energy sector interests – as much as the former compromises the 1st amendment and the latter can devastate our energy sector, raise energy prices dramatically, and undermine our energy independence. Involving the financial sector in such a triad will ensure all businesses in all sectors will be subordinated.

Moreover, one needs only to look to Europe to see how much the EU elites have already distorted their societies and made their business activity obedient, with the help of activist courts whose mission is moral and social justice rather than constitutional and rule of law adherence. The new trend will force American businesses to align their behavior with the compliant way European businesses operate in coordination with EU elites driven by fashionable social justice ideas.

It is only a matter of time until international juggernauts akin to the NSGF emerge across the board to barrel over national sovereignty in the financial and banking sectors forcing social justice considerations to become widespread. Indeed, one needs only look to UN institutions, the WHO and Davos discussions, to understand the political directions this will take beyond the energy sector. Indeed, the NSGF itself is the brain child of Klaus Schwab, his World Economic Forum (Davos) and his fund, the Schwab Foundation for Social Entrepreneurship, which its own website claims advances “an approach by individuals, groups, start up companies and entrepreneurs, in which they develop, fund and implement solutions to social, cultural or environmental issues.”

As such, not only our industrial policy, but our foreign policy, will be compromised. Policies hitherto serving as profound expressions of the unique American mindset, values and culture, will be exposed to international structures and the domestic allies pursuing their narrow definitions of social justice. Businesses, suppliers, banks and investors internationally will find it increasingly impossible to avoid factoring social justice issues into their activities. That poses a tremendous threat to key allies whom global elites in the international institutions define as “rogue.” Consider for a moment what happens when such an international structure, in which our federal reserve is a member, decides that any Israeli industry that has any presence in territories these elites do not consider part of Israel, such as Jerusalem – even an employee living there – is an investment risk based on a social justice political risk factor index. Any fiduciary advantage in investing in an Israeli company, then, is weighed against the likelihood of the investors (and not just the Israeli company) being written off as a high credit risk by both domestic and international banking and investment structures. One can only imagine how few companies will make a stand at that point because any gain in investing in such an Israeli company would be eclipsed by the devastating loss of denied credit. Every industry that depends on a banking structure – i.e., every industry – will have to accede to this. Microsoft already did last year when it divested from Israeli firms providing facial recognition technologies, since these firms in developing such technologies advanced the “occupation.” Essentially Israeli firms with any presence at all in Jerusalem – or contributing to the “occupation” – or supporting Israel’s defense sector could be cut off not only from the international financial system, but from even doing business with any firm whatsoever.

Israel is not unique in potentially being exposed to this sort of threat. Other nations out of fashion with the progressive EU and other international elites — such as Hungary, Poland and now even the United Kingdom, let alone countries such as Taiwan — could easily find themselves almost invisibly slipping into such a catastrophic purgatory. So, could major religions and their institutions, such as the Vatican.

Thus, foreign policy should be expected to go the way of environmental policy. It will as well likely be subordinated to a triad of capital, government and a fashionable international aristocracy, rather than continuing to be the expression of the values, culture and aspirations of the American people as it largely has been until now. Our foreign relations will approximate much more closely the intersectional campus cancel culture of today, or the surreal debates at the United Nations, than the past geopolitical solidity that informed our pursuit of nation interests and preservation of our sovereignty.

This vision of the future may appear fantastic, but the experience of the last months with social media and the emerging assault on the US energy sector are only a subset of the signs we have seen lately, wherein social activism has made its way to boardrooms and investment managers. The Federal Reserve’s joining the NSGF is a harbinger of what is to come far beyond the energy sector. Business schools are beginning to teach social justice NGO expertise, and business after business – especially faith-oriented CEOs and businesses — are already increasingly subject across America to lawsuits and boycotts, such as bakers, Hobby Lobby and Chick-Fil-A. But these efforts are the minor leagues compared to what is coming down the pike on a level far higher, and less visible than currently imagined by those who would most be affected by it. Lest one have any doubt, just look at the swagger of EU elites toward Brexit to understand the power they