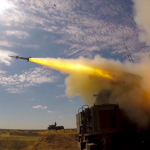 An expiring arms-control deal is a chance to address hypersonics and make China come to the table.

This article appeared in The Wall Street Journal on January 17, 2020. Click here to view the original article.

President-elect Joe Biden’s advisers have been signaling that they will rely on arms-control agreements with Russia to reduce the Defense Department budget. This is no surprise from a new, liberal administration promising dramatically increased domestic spending. Yet a second Trump term might have been little better. Eager to indulge in Covid-19 stimulus spending and convinced of Pentagon mismanagement, even under his own appointees, Mr. Trump was easy prey for Senator Rand Paul.

But reliance on arms-control deals with Russia is a fool’s paradise. Whatever relatively small near-term fiscal savings might accrue will be outweighed in the long term by increased threats not only from Moscow, but also from Beijing and rogue states aspiring to become nuclear powers.

Mr. Biden’s first arms-control decision will be whether and for how long to extend the New Start treaty. It expires Feb. 5, but can be extended for up to five more years, in whole or in part. The threat of the treaty’s expiration should be negotiating leverage for the U.S., but Mr. Biden appears certain to extend it in some form. Vladimir Putin recently proposed a one-year extension, perhaps worried he had received no signals from the president-elect. Mr. Biden should offer six months, thus keeping the heat on, and showing that his team will be more than stenographers for Moscow’s diplomats.

The hard policy questions are still the ones Russian Security Council Secretary Nikolai Patrushev and I discussed in August 2018, continued by Marshall Billingslea until the 2020 election rendered Mr. Trump a lame duck. Whether and how seriously Mr. Biden’s negotiators address these issues will determine whether a revised New Start agreement has any chance of being approved by the constitutionally required two-thirds Senate majority.

The existing deal doesn’t cover tactical nuclear weapons—those generally intended for battlefield use, as opposed to strategic nuclear weapons, typically more powerful and longer-range, intended for targets in the enemy’s homeland or other essential locations. During the 2010 ratification debate, this omission persuaded two-thirds of Republican senators to vote against the treaty. The global tactical-weapons threat has not eased in the intervening 10 years. Further Russian deployments, typically associated with violations of other treaty constraints on delivery vehicles, and significant increases in China’s tactical nuclear arsenals are serious and continuing.

Even Russian officials acknowledge that capabilities such as hypersonic glide-missile technology weren’t contemplated in New Start and should be addressed. Moscow and Beijing are both ahead of Washington in operational deployment of hypersonics and other advanced technologies. It would be strategic and budgetary malpractice if Mr. Biden believed he could count on Russia’s treaty compliance, let alone China’s, to prevent the U.S. from falling even further behind in this vital field.

Russia is willing to include China in negotiations about New Start’s successor, but Moscow has nonetheless so far accepted Beijing’s demurral that its current strategic nuclear arsenal is too small to warrant participating. But that is precisely the point: Is the U.S. supposed to wait until China reaches its comfort level of strategic warheads, and only then commence negotiations about reducing its capabilities? Contemporary arms control isn’t a serious effort if China is a bystander. To assuage Beijing’s concerns, the administration should invite Paris and London to join the talks. All five legitimate nuclear-weapons states would thus be involved, depriving China of ground to complain.

Mr. Biden’s advisers also seem open to Russia’s desire to revive the Intermediate-Range Nuclear Forces Treaty, from which America withdrew in 2019. Whether through a new agreement or by incorporation into a revised Start framework, resurrecting the INF is dangerous. Russian overtures and promises to resolve compliance issues, worth as much as earlier Russian pledges, may appeal to those focused on Europe. But Europe is a secondary consideration. The impetus for INF withdrawal was that it didn’t bind China—the bulk of whose ballistic-missile inventory would violate the treaty—nor the likes of Iran and North Korea. Russia’s noncompliance, China’s absence, and the rogue-state proliferators meant that the U.S. was the only country in the world actually complying with INF limits. Beijing’s surging rearmament won’t stop because of resumed U.S.-Russian constraints on launchers, but that reinforces why China must be included in any follow-on New Start.

These are heavy-duty questions. This is not Mr. Biden’s first arms-control rodeo, but what he does and how he does it could define both his presidency’s ideological direction and its competence.