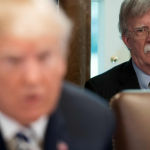 The sooner the Trump aberration passes, the better

This article appeared in The Daily Telegraph on January 8, 2020. Click here to view the original article.

January 6 was one of the saddest days in American history. A sitting President incited a mob of his supporters to attack the United States Capitol building, where the Senate and House of Representatives were meeting in the Constitutionally required joint session to count the votes of the Electoral College. Donald Trump’s clear intention in urging this act of violence against the final concluding act of the 2020 presidential election was to disrupt the counting procedure, thereby buying more time to escape the otherwise inevitable outcome of the election.

This is as shameful as it gets, but it is nonetheless only one of a long series of shameful acts by Trump before, during, and after the November election. He has lied repeatedly about what happened in that election, convincing millions of decent, honest people that his opponents committed systematic fraud, in effect conning his own supporters. If there is evidence of this fraud, Trump has yet to provide it to any judicial or administrative tribunal, Federal or state. In his view, the anti-Trump conspiracy is so vast and so successful that it left behind no evidence. Either that, or his campaign had the worst team of lawyers in Anglo-American legal history.

Trump’s charade promulgated the idea that Congress could overturn the duly certified results of the election from the key battleground states, enough to shift the Electoral College majority to his favour. And there was more: that somehow his Vice President, Mike Pence, would ignore the plain words of the Constitution, and impose his own outcome on the election, by deciding which state certificates of the results to count and which to ignore.

The Framers created the Electoral College for the sole purpose of electing the President. It has no other role; like Brigadoon, it comes and goes every four years. Clear logic underlies this approach: to create a true separation of powers, Congress’s role in presidential elections had to be limited to a purely formal duty to declare the results. The Frames rejected a parliamentary system, with a President in any way dependent on Congress for his legitimacy. (In the truly exceptional case where no presidential candidate has an Electoral College majority, the House votes on the rule of one vote per state, not on the basis of individual House members).

In addition, the Constitution left the essentially exclusive responsibility for the “manner” of selecting the Electoral College to the States, not the national government. The certificates of election outcomes are sent by the responsible State official to the Vice President in his capacity as President of the Senate (a dual role that forms a key part of “the checks and balances”). What happens next is plainly stated in the Twelfth Amendment: “The President of the Senate shall, in the presence of the Senate and House of Representatives, open all the certificates, and the votes shall then be counted.”

That’s it. Nothing more. Trump’s plans for Congress and the Vice President were themselves assaults on the Constitutional order, an effort to replace the state elections with his preferred outcome as dictated by majorities in Congress. It was appalling in its own right, and doomed to fail, which it ultimately did.

Trump and his supporters, therefore, were threatening grievous harm to two pillars of the American constitutional system: the separation of powers (at the national level) and federalism (the division of powers between the national and state governments). Not surprisingly, these two precepts are also foundational to American conservative thought. If proof were ever needed that Trump is not a conservative, there it is.

Realising that his effort at what Washington attorney Chuck Cooper (my long-time friend and colleague at the Reagan Justice Department) called “a congressional coup” was failing, Trump decided to resort to force. At a rally a few hours before Congress convened on January 6, Trump said to his supporters, “you’ll never take back our country with weakness. You have to show strength, and you have to be strong.” Key adviser Rudy Giuliani called for “trial by combat.” They knew exactly what they wanted, and so did the supporters.

Fortunately, they failed. They failed in their attempted congressional coup, and they failed in their attempted violent coup. The Constitution was tested, and stood strong. The Trump aberration will pass, the sooner the better. American conservatives have considerable work ahead to repair the damage that Trump has inflicted on our country, our civil discourse, and the Republican Party. But they are only damaged, not broken. Trump is the one who has been broken, and deservedly so.

John Bolton is a former National Security Adviser to President Donald Trump and former US ambassador to the United Nations.