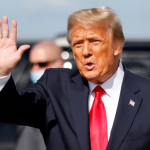 I am not saying Trump is innocent. But if his foes really wanted to punish him, they would simply ignore him.

This article appeared in The National Review on January 25, 2020. Click here to view the original article.

I have nothing good to say about Donald Trump’s meretricious argument that Joe Biden stole the 2020 election; or Trump’s trying to steal it for himself by frivolous if not fraudulent litigation and administrative proceedings and intimidating elected officials at all government levels; or his inciting violence on January 6 to preclude Congress from fulfilling its duty to certify the Electoral College vote; or Trump’s sundry efforts to convert the Justice Department into his personal law firm (including trying to suppress my recent book, on the pretext that it contained classified information, which it did not).

Nonetheless, like Impeachment 1.0, the 2021 edition is badly conceived, poorly executed, and likely to produce precisely what the first round did: results 180 degrees contrary to the objectives that impeachment supporters say they want. Last year, Nancy Pelosi said endlessly that Trump was “forever impeached,” somehow never mentioning that he was also “forever acquitted” by the Senate. Instead of deterring and constraining Trump, as Pelosi contends, the failed first effort, if anything, emboldened and enabled him. He got away with it once and could thereby reasonably conclude he could get away with it at will.

Which brings us to Impeachment 2.0. Like the first, it is too narrowly drawn (first Ukraine, now the Capitol desecration) and was rushed through the House on largely partisan lines. Neither scenario is the right way to do impeachments, 50 percent of which in U.S. history have occurred in the past twelve months. Let me be clear: I am not saying Trump is innocent. Or that he has “suffered enough.” Or that we should “turn the page.”

I am saying we should be clear-eyed and cold-blooded about what a Senate trial and conviction would mean. Holding Trump “accountable” is not the only cost-benefit metric, or even the right one. The real measure is whether the country will emerge from the ordeal better than when it entered, not how gravely Trump is damaged. With blood in their eyes, however, impeachment proponents ignore the bigger picture.

A critical unknown is whether the Constitution permits impeachment or trial of a former president. Trump, we know confidently, will contest jurisdiction not only in the Senate but also in court. Endlessly. His great fundraising Wurlitzer will work overtime, as will his followers’ echo chamber, while the litigation plods on long after the Senate’s work is over.

The constitutional debate is already underway, and those arguing that former presidents (and other ex-officers subject to impeachment) cannot be tried have the better argument. In particular, Article II, Section 4 says expressly that such officers “shall be removed from Office on Impeachment for, and Conviction of, Treason, Bribery, or other high Crimes and Misdemeanors.” Trump obviously cannot be removed from office if he no longer holds it, which would render this provision of the Constitution meaningless. So doing would violate a basic principle of contract, statutory, and especially constitutional construction that such writings should be construed so that no provision is rendered meaningless. Was it just a slip of the pen when the Framers wrote “shall be removed from Office”?

But the clause’s real importance is in the light it sheds on the fundamental jurisdictional issue of whether post-incumbency impeachment trials are permissible at all.

If fairness to an impeached incumbent president, in the extraordinary circumstances of a Senate trial, requires the chief justice to preside, why doesn’t fairness also require the chief to preside after a president leaves office? Did the Framers believe that it was acceptable to be less fair to a former president — as many would say if Vice President Kamala Harris or Senate President Pro Tempore Patrick Leahy presided? The only logical conclusion we can draw from this dilemma, reinforcing the points made above, is that there is no constitutional warrant here for a Senate trial.

There’s no doubt that the Senate trial will only provide more oxygen to Trump, in his self-absorbed efforts to garner attention. Attention is what Trump lives for. If his foes really wanted to punish him, if they wanted to inflict the most terrible fate possible, they would simply ignore him. They could organize societal “shunning” of Trump, as some religious denominations do.

Nor would a Senate conviction bring closure to the Trump era; instead, it would simply add fuel for the Wurlitzer and the “stab-in-the-back” narrative Trump is already crafting. Perversely, conviction would validate Trump’s basic complaints. On balance, therefore, the country generally and the Republican Party particularly would be better off without the Sturm und Drang that surely lies ahead. If I were cynical, I would say that Democrats believe they benefit by keeping Trump center stage, rather than Republicans. Congressional Democrats benefit from Republican fratricide and Trump’s toxicity (as demonstrated in the January 5 Georgia Senate runoff results), and avoid attention to their own internal strife and leftist policies.

I predict that a sufficient number of Senate Republicans will conclude that their chamber lacks jurisdiction, and Trump will again skate free. Felicitations to all who participate. Let’s not do it again soon.