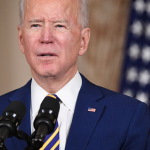 This article appeared in The Daily News on February 8, 2020. Click here to view the original article.

Yemen’s long, bloody “civil war” — which has essentially become a proxy war between Iran and Gulf Arabs — is correctly seen as a humanitarian tragedy. Too many, however, including President Biden, mistakenly think that solving the tragedy requires blaming the wrong side, effectively exonerating the real culprits and their surrogates.

Biden said last week in his first presidential foreign-policy address that “we are ending all American support for offensive operations in the war in Yemen, including relevant arms sales.” This sounds significant, except that direct U.S. involvement ended with the 2018 suspension of in-flight refueling of Saudi air operations in Yemen.

Biden had already “paused” several pending weapons sales to Saudi Arabia and the United Arab Emirates, although these arms were always intended for general military purposes, not specifically for use in Yemen. Moreover, perhaps unwittingly, Biden’s ambiguous phrasing calls into question the separate U.S. campaign against Al Qaeda on the Arabian Peninsula, which threatens both Yemen and Saudi Arabia.

On Friday night, Secretary of State Antony Blinken announced plans to revoke the Trump administration’s designation of the Houthi rebels, the principal target of Saudi and UAE military action, as a foreign terrorist organization. The Houthi, a Shia opposition sect, have long received considerable Iranian financial and military support, including in recent times cruise missiles and drones.

These weapons have been used against civilian targets in Saudi and the UAE, including airports and oil infrastructure. Along with weapons supplied by Iran to Shia militia groups in Iraq, they constitute real threats to the oil-producing Gulf monarchies.

In effect, Iran is trying to encircle its Arab enemies, chief among them Saudi Arabia, by installing a friendly regime in their backyard. Among the Arabian Peninsula states, Yemen is the poorest and most notably the only one without oil. Armed conflict and political hostility are the rule, not the exception, there: long-term, multilayered and ever-changing. Ancient strife led to repeated civil wars under British colonial rule and after 1967 when two independent states superseded the colony. Periodic conflicts between (and within) the two Yemens followed until, remarkably, reunification came in 1990.

It didn’t last long. Despite some short-lived stability, a Shia rebellion broke out in 2004. That revolt, after multiple permutations, is the primary conflict in Yemen today.

It is important to understand just what is going on here. Biden is not reversing President Trump’s strategy on Yemen, because Trump had none. He only branded the Houthis on his way out, Jan. 19, all but inviting Biden’s new team to upend the designation. Internal disputes and Trump’s own apathy thwarted action until his term was almost over.

Rather, Biden is making unforced concessions to Iran, laying the basis for resurrecting President Obama’s failed 2015 nuclear deal with Tehran. The symbolic rhetorical gesture of “ending” U.S. support for Saudi war efforts is really a slap at Crown Prince Mohammed Bin Salman, since 2015, Riyadh’s most forceful advocate for decisive action in Yemen.

Despite Biden’s implicit effort to characterize this as a brutal Saudi assault on an impoverished country, the central problem is Iran and its proxy, the Houthis. Biden’s decision to inhibit the Saudis and placate the Houthis will not contribute to peace, but will instead inspire the latter to further stiffen their position. Biden is following Obama’s utterly erroneous notion that appeasing Iran will induce it to engage in more civilized behavior on nuclear and other issues, and that Yemen’s Arab neighbors are the real threats to regional peace and security.

In fact, Tehran and its allies will be delighted that the Biden administration’s giveaways have begun, and you can anticipate the mullahs to ramp up their bloody and destabilizing mischief throughout the region and the world.

The White House justifies its policy by citing humanitarian concerns, ignoring that Iran and the Houthis, far better at ideological propaganda than their opponents, are cynically manipulating Yemeni civilians and foreign aid workers for their own strategic purposes. Listing the Houthi as terrorists, for example, was not an obstacle to the distribution of food or medical assistance, or to peacefully resolving the conflict. The obstacle is that the Houthis are terrorists, seeking, with Iran, tactical advantage over their local enemies while reducing the external support they can call upon.

At a bare minimum, U.S. pressure to bring peace and save civilian lives should be applied in an even-handed, not one-sided, manner. Doing that, however, might offend the terribly sensitive mullahs Biden is assiduously courting.

Iran has Biden right where it wants him. The losers are the Yemeni people. And, ultimately, the United States.