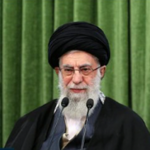 This article appeared in The Telegraph on February 18, 2021. Click here to view the original article.

News that Iran is fabricating uranium metal, reported to the International Atomic Energy Agency’s members on February 10, sent shock waves through national-security circles. Uranium metal’s most common use is forming the hollow sphere of highly-enriched uranium at the core of nuclear weapons. When imploded, the compressed uranium reaches critical mass and detonates in an uncontrolled fission chain reaction.

Predictably, Iran concocted various pretenses for its uranium-metal work, which fooled no one. Indeed, this is simply one more opening for Tehran to make public illicit work already undertaken but previously undisclosed. The mullahs are upping the stakes ahead of any negotiations with the Biden Administration, which is overly eager to rejoin the 2015 nuclear deal (Joint Comprehensive Plan of Action, or JCPOA).

The UK’s reaction to Iran’s latest ploy will be critical. The JCPOA was long a Holy Grail for the European Union, which the willfully blind Obama administration was delighted to embrace. Washington’s withdrawal from the deal amounted to sacrilege for the EU and its US arms-control acolytes. But however ambitious to rejoin Biden’s team may be, the world has changed dramatically since America’s departure in 2018.

In particular, the Middle East has shifted tectonically. Israel now has full diplomatic relations with Bahrain and the UAE, and with others likely in the near future. The shared reality that Iran is the greatest threat to regional peace and security is largely driving this Arab-Israeli rapprochement. The former adversaries will not react kindly to efforts to expose them to more imminent danger from Iran.

Continue reading the full article on The Telegraph by clicking here.