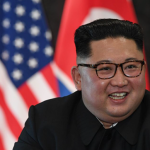 Trump’s personal diplomacy failed, but Biden can’t go back to the Obama approach.

This article appeared in Bloomberg Politics on February 23, 2021. Click here to view the original article.

President Joe Biden last week made his most extensive foreign-policy remarks since taking office, speaking virtually to a G-7 meeting and the annual Munich Security Conference. Despite its worldwide proliferation threat, North Korea’s nuclear program went unmentioned, continuing its near invisibility under the new administration.

One reason for Biden’s reticence might be the pressure from the international left and others to reject three decades of bipartisan U.S. policy ostensibly aiming to denuclearize North Korea. While diplomatic tactics, focus and priority varied considerably under Presidents Bill Clinton, George W. Bush, Barack Obama and Donald Trump, they all stressed that Pyongyang’s quest for deliverable nuclear weapons was unacceptable.

Now, some critics assert that because Pyongyang has essentially developed deliverable nukes, we should abandon denuclearization as unrealistic and unfeasible. The U.S. and its allies must instead accept a nuclear North Korea, working to contain its menace, as they say (in a facile analogy) the West did to the Soviet Union during the Cold War. Force must now be entirely off the table. Parallel recommendations have been made about Iran’s nuclear efforts.

Not surprisingly, many now rejecting denuclearization earlier believed the rogue regimes were either not pursuing nuclear weapons, or (contradictorily) were doing so only defensively. They strenuously opposed military action, or policies of reunification (Korea) or regime change (Iran), at least not without far more extensive negotiations to resolve the nuclear issue peacefully — a la the Obama administration’s North Korea policy of “strategic patience.”

Somehow, using force moved seamlessly from being “too much” to being “too late” without anyone noticing. Skeptics may ask whether this choir of the high-minded wasn’t being disingenuous all along: They never really believed diplomacy aimed at denuclearization would work, and they simply did not worry that rogue states with weapons of mass destruction were all that dangerous. How many of them are now on Biden’s national security team?

The contrast between continuing to strive for denuclearization versus swallowing failure as a fait accompli could not be starker. Japan, South Korea and many others simply cannot accept a nuclear North, with potentially far-reaching implications for their relations with the U.S. Every aspiring nuclear-weapons state or terrorist group watching North Korea could reasonably conclude that the U.S. and its allies lack the fortitude, concentration, attention span and perseverance to stop them from acquiring nuclear capabilities. And anyone understanding the fearful effects of the coronavirus pandemic can also only conclude that seeking the “poor man’s nuclear weapon” — biological and chemical capabilities — cannot be lightly dismissed either.

Biden would make a potentially fatal mistake if he surrenders the goal of denuclearization. Of course, even if he continues espousing a non-nuclear North Korea rhetorically, that would hardly guarantee he knows how to bring it about, any more than his four immediate predecessors did. Weak arms control and nonproliferation diplomacy is a specialty of Democratic presidencies, and there is every reason to fear Biden will follow suit.

Trump’s performance artistry with Pyongyang also weighs heavily on the Biden administration. Three failed photo-opportunity summits, a U.S. president who fell in love with the latest iteration of the Kim family dictatorship, and four years of continued North Korean progress toward deliverable nuclear weapons are enough to create migraines for those who must now pick up the pieces.

Nonetheless, from all the available evidence, North Korea is weaker today than perhaps ever before in its history. For its own opaque reasons, Pyongyang decided to impose even-greater detachment from the rest of the world during the Covid-19 pandemic, almost certainly reducing its already rickety economy to desperate levels. This is hardly the time to relieve the pressure of economic sanctions and international isolation. This is the time to demand concessions from Pyongyang, not reward its obdurate behavior.

Moreover, Biden’s biggest challenge, developing a strategy to contest China’s desire for Asian and ultimately global hegemony, should put North Korea at its center. For too many years, U.S. diplomats argued that China is a constructive actor in trying to resolve the North Korea nuclear issue. This has long since been made demonstrably false.

China has always been Pyongyang’s enabler, politically, economically and scientifically. President Xi Jinping could end the North’s nuclear aspirations in a stroke if he chose, and Washington must stress this reality at every opportunity. This will be the real test of Biden’s North Korea policy.