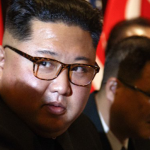 This article appeared in The Washington Examiner on March 29, 2021. Click here to view the original article.

But before we yet again commence a diplomatic minuet of semiotics and process, two questions demand answers. First, how close is North Korea to nuclear weapons and delivery systems that can accurately target America? Second, does Biden really intend to stop the North from achieving these objectives?

On capabilities, the Kim family dynasty has made slow but steady progress for decades. The best bet, although not certain, is that its nuclear-warhead stockpile has steadily increased. Pyongyang likely now has the ability to put a warhead over North America, and it is pursuing systems beyond land-based ballistic missiles. There is, however, no certainty among observers that the North can target accurately or that its warheads can survive the difficult atmospheric reentry process. Critically, therefore, enough time remains (albeit not much) to stop North Korea before it directly threatens the United States.

Biden’s intentions remain unclear. The administration scoffed at North Korea’s March 21 launches of two anti-ship cruise missiles, describing them as “normal missile activity.” Whereupon Pyongyang fired two nuclear-capable ballistic missiles into the Sea of Japan. On March 25, Biden said plainly that these latter launches violated U.N. Security Council Resolution 1718, thereby reversing his predecessor’s unwarranted insouciance about such activity. Biden acknowledged that North Korea was “the top foreign policy issue that he was watching” and that America’s Pyongyang diplomacy “has to be conditioned upon the end result of denuclearization.” If Biden is serious, he has rejected the idea, advocated by the international left, that we accept Kim’s regime as a nuclear power and instead try merely to constrain it. And hopefully, Biden won’t be the second president to fall in love with Kim.

These positions are necessary but hardly sufficient conditions for realistic U.S. policy. Biden said further, “we’re consulting with our allies and partners” about the launches. This is simply common sense (in all except the last administration). Biden added, “If they choose to escalate, we will respond accordingly.”

The problem: Pyongyang has already escalated, and Washington is not responding.

To the contrary, U.S. officials admit they made several unrequited efforts to open discussions with Pyongyang, thereby potentially looking desperate for a deal. Nor has Biden restored joint U.S.-South Korean military exercises to levels necessary for true readiness against North Korean conventional attacks. Doing so would be not just a “signal,” but an important, long-overdue correction in its own right. Congress should demand it. Next week, Japan’s Prime Minister Yoshihide Suga will be the first foreign leader to visit Biden’s White House. Suga has stressed his intention to “thoroughly discuss” North Korea’s threat, meaning Biden will surely hear, prior to completion of the National Security Council’s ongoing policy review, a strong, realistic message about the grave risks of conventional diplomacy with Kim.

Tokyo and Washington should both understand, however, that the real target of their efforts must be Beijing, not Pyongyang. History has proven clearly that North Korea has never made the strategic decision to give up its nuclear goals. It is always willing to trade promises of denuclearization for financial assistance and sanctions relief. That route has been tried and failed for 30-plus years. Pyongyang gets the financial benefits upfront, but mysteriously to some, never fulfills its denuclearization commitments. It is time for the U.S. to focus on China.

Over 70 years, Beijing has provided North Korea with enormous military assistance and, while denying recent support for nuclear-related programs, undoubtedly provided considerable help previously (as did Moscow). Politically, Beijing flies protective cover for Pyongyang at the United Nations Security Council. This is no casual activity: Beijing and Pyongyang’s respective communist parties once proclaimed themselves “as close as lips and teeth.” Economically, North Korea would collapse quickly if China suspended energy transfers, which constitute 90%-plus of its supplies, not to mention massive subsidies and humanitarian assistance. Indisputably, China made and sustains North Korea. Beijing must now own up to its responsibility.

Either Xi Jinping takes serious measures to help terminate Kim’s nuclear ambitions, or he risks dramatically raising the level of disagreement between China and America. Will this approach offend Xi? Possibly, but his sensitivities are hardly a useful metric of American interests. For too long, Washington has meekly accepted Beijing’s line that it too wants to “solve” the North Korea nuclear problem. That was likely never true, and it is certainly not true today. Until we accept and act on that reality, Pyongyang will only continue to progress toward deliverable nuclear weapons.