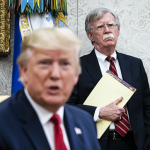 This article appeared in The Telegraph on March 22, 2021. Click here to view the original article.

Boris Johnson’s new national security strategy has generated two major controversies. First, the usual suspects are agonising about its laudable aim of increasing the ceiling on Britain’s nuclear-weapons stockpile. Second, characterising Russia as the most “acute threat” but China as only a “systemic challenge”, magnified by a hunger for trade, has created palpable uncertainty. Does Johnson’s government really accept that Beijing is truly an adversary (and likely an enemy), or does it pine for its predecessors’ accommodationism?

These issues are intimately related. A larger nuclear arsenal, part of a significant defence-spending increase, is prudent. “Global Britain” faces, as do we all, China’s burgeoning nuclear weapons capabilities and increasing risks of proliferation by North Korea, Iran, and others. The Cold War’s bipolar, US-USSR paradigm has long been obsolete, even as we continue defending against Russia’s massive nuclear arsenal, and its unacceptable behaviour in cyberspace, Europe and the Middle East.

Additionally, the UK needs a nuclear deterrent against biological and chemical weapons threats. Covid-19 proves how susceptible we are to biological weapons attacks. Russia’s attacks against the Skripals and Alexei Navalny, and Bashar al-Assad’s myriad assaults on Syrian civilians, show that chemical weapons usage is hardly far-fetched, whether from major powers, rogue states, or terrorists.

Britain need make no apologies for enhancing its nuclear stockpile. And so doing only underlines the related imperative of a strong, united international stance against China’s increasingly hostile posture.

Last week’s Anchorage meeting between top American and Chinese diplomats was a wakeup call to anyone who hasn’t already encountered Beijing’s “wolf warrior diplomacy”. This is not just a new look, but proof that Deng Xiaoping’s policy of “hide your capacities and bide your time” no longer governs. Indo-Pacific nations already understand, and are acting accordingly. A new “Quad” (India, Australia, Japan and America) held its first summit (virtually), also last week, not as an explicit anti-China alliance, but with the potential to become one. The North Atlantic Quad was critical in its time, but today’s real action is the Indo-Pacific, as Johnson’s Global Britain vision recognises.

The Indo-Pacific Quad members all have extensive economic ties with China, but the political-risk calculus of their trade and investment is changing rapidly. Beijing’s belligerence toward Taiwan;  its sheltering of North Korea; and its provocations in the East and South China Seas, in Southeast Asia, and along the Line of Actual Control with India, speak volumes. Prior China trade, capital investment and supply-chain decisions by businesses and governments alike were made in a vastly different risk environment.

As tensions rise sharply, there is no need for a general government-directed “unwinding” of economic ties with China. Businesses themselves will choose to hedge against the new risks, re-shoring manufacturing and investment and significantly reducing exposure to China. National security threats do call for government action, such as against Huawei and ZTE, Beijing’s Trojan Horses aimed at controlling vital 5G networks.

New politico-military approaches like greater UK nuclear capabilities are critical in confronting China’s overall threat. As Moscow and Washington re-negotiate the 2010 New START Treaty, President Biden has repeated his predecessor’s call to include Beijing in any new nuclear-weapons scheme. Beijing has so far rejected this initiative, saying its weapons stockpile is “insubstantial” relative to Russia and America. But we cannot stand idly by while China, purely of its own volition, increases its nuclear forces until it reaches rough parity with the top two, and only then engage in nuclear arms control negotiations.

How, then, can Beijing be brought to the table? By having London and Paris agree to participate in the diplomacy, thus engaging all five legitimate nuclear powers under the Nuclear Nonproliferation Treaty, who by happy coincidence also comprise the permanent members of the UN Security Council. Last century’s Washington naval treaties provide precedent for differential weapons limits on states of varying strengths, so there is no legitimate historical or conceptual objection to such a negotiation. If mutually acceptable arms-control treaties are suitable for Russia, France, Britain and the US, they are suitable for China. And if Beijing still objects? What further evidence do you need to conclude China is not simply a “systemic challenge” but an “acute threat”? The UK’s strategy can then be revised accordingly.