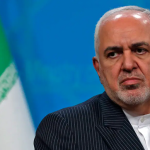 A recording of Iranian Foreign Minister Mohammad Javad Zarif that leaked last week remains unverified, but his apology on Sunday and a key Iranian official’s dismissal provide confidence in its accuracy. Considerable ink has been spilled over whether former secretary of state John F. Kerry at some point leaked classified U.S. information (he denies it) to Zarif about Israeli strikes in Syria.

Far more significant, however, is Zarif’s assertion that he learned sensitive Iranian information from Kerry. This from the Iranian diplomat who would be Tehran’s chief negotiator as the Biden administration ill-advisedly moves to revive the Obama-era nuclear deal with Iran.

Remarkably, Zarif claims he was unaware of substantial increases in Iranian military activity in Syria that prompted the Israeli strikes in question. According to the Financial Times, after listening to three hours of the seven-hour recording that had been intended for an oral history project, “Kerry told Zarif that Iran Air flights to Syria had increased sixfold, a clear indication they were being used by the military to support Damascus in its conflict with the opponents of the Assad regime.”

When Zarif asked Quds Force commander Qasem Soleimani about the flights, Soleimani blew him off, saying, “if Iran Air is 2 per cent more secure than [another airline], Iran Air must be used even if this inflicts 200 per cent costs on diplomacy.”

Beyond Syria, Zarif had a long list of complaints about his irrelevance to fundamental national-security decisions made without his involvement or even his knowledge. He provided several examples of efforts by the Islamic Revolutionary Guard Corps, or IRGC, to sabotage the 2015 nuclear deal with the Obama administration, such as by seizing two U.S. Navy patrol boats in 2016, and by Soleimani’s direct intervention with Moscow in an unsuccessful attempt to persuade Russia to reject the agreement.

Zarif says he was not aware that Syrian President Bashar al-Assad visited Tehran in February 2019, until he saw Assad on television. This devastating exclusion from a head-of-state visit prompted his (temporary) resignation; he fretted that otherwise, “nobody in the world” would even “give me broad beans to carry, let alone negotiate with me.” Zarif also says the IRGC initially denied shooting down a Ukrainian passenger jet in 2020, although it later had to admit the truth. No one should be surprised if more emerges to this effect.

Summarizing his discontents, Zarif said, “in the Islamic Republic, the [military] field rules. I have sacrificed diplomacy for the military field rather than the field servicing diplomacy.”

Zarif’s confessions show why President Biden should abandon his dream of returning to the 2015 nuclear deal, which the United States exited during the Trump administration. In Iran, it is not the negotiators who matter, nor what they say. It’s increasingly the IRGC, which controls the nuclear-weapons and ballistic-missile programs, commands conventional military activities externally, and supports terrorists worldwide.

If Israel is pounding Iranian and allied units in Syria, it is hardly a secret to the Quds Force. The real news is that it was a secret to Iran’s foreign minister, and likely therefore his subordinates responsible for nuclear diplomacy. The killing of Soleimani with a U.S. drone strike in Baghdad in January 2020, while an enormous blow to Iran, does not change the picture. If anything, Soleimani’s demise simply reinforced the IRGC ethos that it alone can protect the 1979 revolution.

The extent of internal deception in Iran shows that its “commitments” on nuclear issues are inherently unbelievable and untrustworthy. It is easier to disseminate diplomatic untruths when an envoy believes that what he is saying is true. Flat-out lying is harder to mask. The ready solution for authoritarians is simply to conceal key facts from diplomats doing the negotiations. No one should find this surprising. Even in Washington, there is hardly seamless cooperation between the Defense and State departments.

With Tehran, we do not face a government where “trust, but verify” makes sense. We have no basis for “trust” in the first place, let alone confidence that verification measures can detect active Iranian violation and concealment.

Advocates of the 2015 nuclear deal tout its “enhanced” verification mechanisms used by the International Atomic Energy Agency, but these are grossly ineffectual. Iran has long stonewalled IAEA inspections and declared key facilities off limits, which alone makes a mockery of reliance on its efforts.

The United States’ real insurance is not international monitoring, but its own intelligence capabilities. IAEA’s total operational budget in this area is roughly 0.6 percent of current U.S. intelligence spending of approximately $85 billion. If our intelligence is inadequate, it is hardly credible to think that the IAEA will safeguard us from Iranian nuclear violations.

The Zarif tape tells us much about Tehran’s diplomatic mendacity. Unfortunately, however, the Biden administration is still incomprehensibly piling up broad beans for Zarif and his nuclear negotiators.