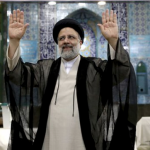 This article appeared in The Washington Examiner on June 19, 2021. Click here to view the original article.

The man they wanted to win, Ebrahim Raisi, did so handily against a carefully limited field of rivals. In 2017, Raisi lost to outgoing President Hassan Rouhani, and Supreme Leader Ayatollah Ali Khamenei was obviously determined to correct that mistake. Western media call Raisi a “hard-liner,” as if conveying important information.

Since the 1979 Islamic Revolution, however, the spectrum of Tehran’s leadership has ranged broadly all the way from “hard-liner” to “extreme hard-liner.” Raisi falls in the latter category. Rouhani fell in the former, but it pleased many Westerners to consider him a “moderate,” essential to enacting the 2015 Joint Comprehensive Plan of Action nuclear deal.

Yet, in 2005, as Iran’s chief nuclear negotiator, Rouhani mocked those very admirers. The New York Times, no less, reported that “in a remarkable admission, Mr. Rouhani suggested … that Iran had used negotiations with the Europeans to dupe them. … ‘While we were talking with the Europeans in Tehran, we were installing equipment … in Isfahan. … By creating a calm environment, we were able to complete the work on Isfahan.'”

Some things never change. Those who portrayed the “moderate” Rouhani as Iran’s real boss should contemplate whether the term “supreme leader” means what it says. It does have a certain ring to it.

Khamenei is only the second to hold the title, succeeding Ayatollah Ruhollah Khomeini in 1989. Raisi is widely believed to become the third supreme leader; he is unlikely to forget the power of those two mellifluous words. Now facing a weekslong presidential transition period in Tehran, the Biden administration will undoubtedly worry most about whether it can beg its way back into the JCPOA, from which Washington withdrew in May 2018.

Resurrecting this deal is a near-religious priority for the Biden team, many of whose key figures were intimately involved (or at least entirely supportive) of President Barack Obama’s efforts to negotiate it. Although few specifics are publicly known, there is little doubt that the only limiting constraints on what Biden is prepared to give away to the mullahs are the negative domestic political consequences for surrendering. And make no mistake, those domestic U.S. political consequences could be enormous. Whatever minor modifications may occur to the deal, Iran will insist that key provisions and understandings remain unchanged. For example, there will be no renewed efforts to get the facts on the benignly termed “possible military dimensions” of Iran’s nuclear program. In 2015, Iran made this concession a precondition to any deal. And don’t expect international inspectors to get any more access than the inadequate levels they now enjoy. Most importantly of all, Biden isn’t even contemplating clawing back Obama’s critical concession that Iran be allowed to enrich uranium to reactor-grade levels, a giveaway without which Iran would have rejected any deal.

President Lyndon Johnson once termed an analogous provision “more loophole than law.” Once a country can enrich to reactor-grade levels of U-235, it is nearly 70% of the way to weapons-grade enriched uranium. Going from 3-to-5% to 20%, or even 60%, enrichment levels merely marginally worsen the original, fundamental mistake of allowing enrichment at all. The pattern is clear: Obama accepted Iran’s insistence on even debilitating concessions because he was so determined to “succeed” and achieve a deal, any deal.

During Biden’s first five months, no one in the White House has pretended that Iran has made a fundamental strategic decision to abandon pursuing nuclear weapons. With good reason. All the available evidence shows that Iran continues to do whatever it takes to possess deliverable nuclear weapons as soon as feasible.

Of course, Iran wants the United States back in the deal. Without that, Tehran will not get relief from America’s devastating sanctions, far more effective than any of the 2015 negotiators ever envisaged. The sanctions have created enormous public dissatisfaction inside Iran, but Biden seems blind to the leverage thereby provided, so zealous is he to rejoin. Nor is there any visible effort by Biden’s advisers to design or justify a “larger” deal to replace the failed JCPOA. If sanctions are lifted, and substantial economic benefits flow again, Iran will even more actively pursue nuclear weapons and ballistic missile programs; support for terrorism in Yemen, Iraq, and Syria; and increased conventional military activity across the Middle East.

Whether U.S. reentry happens before or after Raisi is inaugurated is immaterial. If there is any chance whatever Biden might be dissuaded from his crusade, Raisi’s election provides him a face-saving excuse to back away. Don’t hold your breath over he will avail himself of the opportunity.