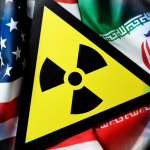 This article appeared in The Wall Street Journal on June 21, 2021. Click here to view the original article.

The Biden administration is working hard to re-enter the 2015 Iran nuclear deal. Readers of David Albright’s “Iran’s Perilous Pursuit of Nuclear Weapons,” however, will realize that it is Washington, not Tehran, that is pursuing a truly perilous course.

Mr. Albright, since 1993 the president of the Institute for Science and International Security, neither advocates nor opposes re-entering the deal, formally known as the Joint Comprehensive Plan of Action (JCPOA). That is precisely why his careful, meticulous recitation of the full reality of Iran’s efforts, its “incessant dissembling and falsehoods” and its careful camouflage and concealment is so compelling.

Mr. Albright concedes that many years ago he was “skeptical of the seemingly exaggerated claims by Western governments” about Iran’s program. He now says that “the Iranian revolutionary regime is fundamentally a criminal operation.” For decades, “Iran has systematically violated its commitments under the [1970] Nuclear Non-Proliferation Treaty.” Even nominal concessions from Tehran, including the JCPOA itself, occurred “under great pressure, with an underlying, unrelenting intention of preserving and advancing its nuclear weapons capabilities.”

“Perilous Pursuit” is the most comprehensive unclassified recounting of Iran’s nuclear aspirations ever written. Mr. Albright had generous access to the “nuclear archive” collected by Israel’s Mossad in an almost unimaginably daring 2018 raid on Tehran. This extraordinary archive embodies in detail the so-called Amad Plan, Iran’s late-1990s crash nuclear-weapons program. Mr. Albright and his team at I.S.I.S., aided by Israeli and U.S. intelligence analysts, found that the nuclear archive fills many gaps in the West’s knowledge.

As Mr. Albright shows, key Amad Plan activities continue today, both clandestinely and disguised as part of Iran’s “civil” nuclear efforts. Take the Natanz enrichment facility, discovered in 2002: “In a pattern that would repeat itself many times . . . Iran simply called it a civil site and allowed the IAEA [International Atomic Energy Agency] to inspect it.” This may seem like retreating, but Mr. Albright exposes the nuclear jujitsu: “While withdrawing from safeguards or cheating on them would incur a cost,” calling Natanz a “civil” facility and allowing inspections or monitoring “was a price [Iran] found worth paying to keep them.”

Until revealed in the nuclear archive, Iran successfully lied about, or concealed from the IAEA, its uranium conversion and enrichment facilities, nuclear-core development plants, exploding-bridgewire testing units, and more. It asserted that the Gachin uranium mine and milling facility was for domestic rather than military purposes, and concealed both the location and the military purposes of the Fordow underground uranium-enrichment facility.

“Perilous Pursuit” eviscerates the idea, central both to negotiating the JCPOA and rejoining it, that the IAEA, an independent agency part of the United Nations system, can adequately pierce the falsehoods and cover-stories Iran has woven for decades. Time after time in Mr. Albright’s account, Tehran stonewalls the IAEA, underlining the point that it is not an intelligence agency. IAEA depends vitally on its members to supply sensitive information, yet as a U.N. body, its membership includes the very countries, like Iran, suspected of violating the non-proliferation treaty. (Imagine a police department with a mafia office at its headquarters.) Enumerating all that the IAEA has repeatedly missed indicts not the agency, but those seeking to endow it with capabilities it has never had and never will. Relying on it for verification and compliance reveals naiveté about the ayatollahs and unfamiliarity with the IAEA. Serious verification must rest with U.S. intelligence, not U.N. agencies.

Unfortunately, our intelligence community’s credibility also gets its share of shredding here, having missed much of what Mossad purloined. The 2007 National Intelligence Estimate (NIE) of Iran, for instance, was perhaps the most intellectually dishonest, politically distorted U.S. intelligence “analysis” ever. It was not really an NIE but propaganda, intended to forestall harsh measures George W. Bush was thought to be considering. We need a forensic review of the NIE’s perverse tradecraft, especially examining whether the drafters were politically motivated, an anathema to intelligence professionals.

The NIE promulgated the dangerously mistaken notion that, in Mr. Albright’s words, “Iran’s nuclear weapons program ended in 2003, with no work taking place after that date.” At that time, Tehran faced U.S. troops to the east and west, in Afghanistan and Iraq, and growing international criticism. Hassan Rouhani, then secretary-general of Iran’s Supreme National Security Council, now in his final days as president, promised full disclosure and suspension of key nuclear operations, all the while denying any were weapons-related. But, as Mr. Albright stresses, this “merely served as a tactical retreat, not an abandonment of [Iran’s] nuclear weapons ambitions.” Indeed, “Iran kept the international spotlight” on its civilian cover-story, “successfully using it as a distraction from [its] better hidden, unambiguous nuclear weaponization work,” as nuclear-archive documents clearly demonstrate.

Mossad’s haul deals a mortal blow to any fancy that Tehran ever came clean on nuclear issues. The archive, let alone what remains classified or still in Iran, also destroys the “What about Iraq?” riposte when discussing Iran’s nuclear-weapons program. As Mr. Albright says, the archive proves the program “can no longer be viewed as existing only in the past.” Obama’s JCPOA negotiators were profoundly wrong not to resolve the many unanswered questions about the euphemistically termed “possible military dimensions” of Iran’s nuclear work. We are still paying for that mistake.

Joe Biden is proceeding quickly and blindly to rejoin the nuclear deal. “Perilous Pursuit” should make him pause. U.S. sanctions and Israel’s kinetic activity against Iran’s program have done more to degrade and deter Iran than any diplomacy. That is the path to pursue, not more credulous deal-making.