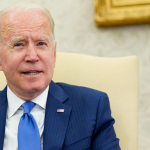 This article appeared in The Daily News on June 29, 2021. Click here to view the original article.

Since taking office, President Biden has unswervingly sought to have the United States rejoin, as rapidly as possible, the 2015 Iran nuclear deal (the Joint Comprehensive Plan of Action, or JCPOA). Through indirect negotiations conducted by other JCPOA parties, Biden has offered Iran concessions and adjustments that make an already dangerous agreement even riskier. He has been deterred only by the negative domestic political blowback he will justifiably encounter if and when America re-ups.

Now, however, significant new developments give Biden the opportunity to reverse the Gadarene haste with which he has pursued re-entering the JCPOA. He should seize the chance to pause his efforts, if not reverse them entirely.

Most importantly, Israel’s new government, led by Prime Minister Naftali Bennet, has expressed the urgent need to consult with Biden and his senior advisers. Bennett’s governing coalition is held together by little more than antipathy to former Prime Minister Bibi Netanyahu. If the parties break apart, it could well precipitate new elections, resulting in significant losses of Knesset seats for many of them, and even bring Netanyahu back to power. Biden, like Presidents Obama and Clinton before him, is no friend of Bibi’s.

President Joe Biden speaks in the Oval Office of the White House in Washington, Friday, June 25. (Susan Walsh/AP)
Bennett is at risk here. Formerly a senior Netanyahu adviser, he aligns closely with his predecessor’s Iran policy. Moreover, Israel generally is far readier to continue using force against Tehran’s nuclear program than Biden’s team may appreciate. If Bennett deviated from Netanyahu’s approach, it would be a mortal political mistake, perhaps fracturing his party and his coalition. Biden needs to tread cautiously, or he places Bennett in an untenable position.

For America, rejoining the JCPOA (which Donald Trump exited in May 2018) would be a massive mistake. Obviously, Iran wants Biden back in the deal to obtain relief from our devastating unilateral economic sanctions. Tellingly, however, there has never been a shred of evidence Iran has made a strategic decision to renounce its nuclear ambitions.

Instead, the basic playbook for rogue regimes seeking deliverable nuclear weapons calls for them to make extravagant, highly- publicized promises forswearing nuclear weapons, while never following through with actual performance. Like all prior iterations of this diplomatic performance art, the mutual pledges of “action for action” benefit the proliferator. North Korea and Iran have successfully followed this playbook for decades.

The economic steps directly benefitting the proliferator come first (ending sanctions and releasing frozen assets, as in the JCPOA, or providing economic assistance, as in the 1994 North Korea Agreed Framework). Coming only afterward is what Washington should seek, and what never seems to happen: the complete, verifiable, and irreversible destruction of the nuclear-weapons program, as prior presidents have described their North Korea goals.

“Reaching agreement” with Iran, especially the way Biden has pursued it, thus means giving the ayatollahs much of what they want. The result will endanger America and close allies and friends globally, not just in the Middle East.

Here is where Biden’s face-saving opportunity to cut his losses arises: Jerusalem has sought urgent, critically important, consultations with Washington on the implications of America rejoining the JCPOA. Israeli Foreign Minister Yair Lapid (also deputy prime minister and co-leader of the new government) met Sunday in Rome with Secretary of State Antony Blinken. Biden’s subsequent invitation for Bennett to visit the White House provides exactly the right moment to talk about Iran.

Moreover, Iran has a new president-elect, Ebrahim Raisi, a hardliner’s hardliner, and likely successor to Supreme Leader Ayatollah Ali Khamenei. JCPOA supporters believe U.S. reentry can be agreed upon before Raisi’s Aug. 3 inauguration, arguing he would benefit from the economic good times expected to roll if U.S. sanctions are lifted. By contrast, blame for failing to resurrect the JCPOA, if that transpires, can be laid on Hassan Rouhani’s outgoing regime.

This approach is a trap for the United States, but one Biden can readily avoid. He can capitalize on the opportune coincidence of new governments in both Israel and Iran to implement a pause in the re-entry negotiations for extended consultations with Israel and Arab allies. He could use, say, six months to gauge whether there is any change for the better — or the worse — in Iran’s international performance, not just in nuclear matters, but in its support for terrorism and conventional military belligerence across the Middle East.

Washington need not be in a hurry to grace Tehran by jettisoning sanctions, which are its principal leverage. Even if Biden remains obsessed with returning to the JCPOA, he loses little by waiting until the end of this year, while appreciably aiding Bennett’s new government.