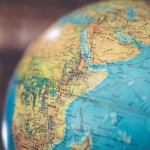 This article appeared in The Washington Examiner on July 15, 2021. Click here to view the original article.

The idea being: Former President Donald Trump harmed our partnerships, formal and informal alike; allies doubted our direction and resolve; and, in consequence, our enemies grew stronger. President Joe Biden’s advent, however, means U.S. alliances are flourishing again, their harmony restored, because “America is back.”

Think again. Biden already has a significant record of throwing allies under the bus when it suits him, and the allies aren’t exactly breathlessly acceding to his positions. Beating Trump’s performance as an alliance leader is a low bar, to be sure. And whether Biden becomes an effective global leader is obviously far different from judging his policies on their merits. Objectively, good process is nice but neither necessary nor sufficient to advance U.S. interests. Smiling rather than snarling at your allies, and actually believing in the alliances, does not constitute leadership, just situational awareness. Ultimately, substantively correct policies are the decisive touchstone.

Alliance management should be about policy leadership, not about advanced schmoozing techniques. Such leadership wasn’t on Trump’s list of favorite things; he didn’t really “do” policy, he did Trump. As yet, though, Biden’s performance has been unremarkable, consisting largely of reasserting positions taken while vice president, hardly “glasnost.” In fact, even on alliance management, Biden is significantly underperforming.

Just last week, Biden reasserted his long-held view that American military forces should exit Afghanistan. This retreat’s first major consequence will almost certainly be the collapse of our ally, the current Afghan government, which we enabled and fostered since overthrowing the Taliban in 2001. The withdrawal’s principal beneficiaries will be those same Taliban terrorists Trump was eager to negotiate with in 2020, even hoping to bring to Camp David to announce a final deal. Ironically, Afghanistan is where Trump’s and Biden’s views are essentially congruent: Both wanted withdrawal. With Trump electorally disabled from selling out our Afghan allies, Biden cheerfully stepped forward to do so. Consigning a former partner (which is now what the Afghan government is for all intents and purposes) to being overrun and then governed by medieval religious fanatics is hardly encouraging to other friends facing analogous existential threats.

So this is Biden’s new alliance management? Imagine reactions by the likes of Taiwan, Japan, and South Korea, facing China’s proximate threat, as U.S. forces wave goodbye in Kabul. Then, there’s Israel and the oil-producing Sunni Arab monarchies. They thought they were our allies but are now struggling unsuccessfully to explain the mortal risks of empowering Iran, their belligerent, terrorist-sponsoring, soon-to-be-nuclear power neighbor.

In the Obama-Biden-Kerry world, Tehran was predicted to emerge as a normal nation after the 2015 Joint Comprehensive Plan of Action nuclear agreement, thus stabilizing the Middle East. And the dream never dies, if Biden can just figure out how to contort himself back into the deal, without looking too obviously obsequious to the ayatollahs. European allies such as Britain, France, and Germany concur with U.S. re-entry. They win this turn of Biden’s alliance-management roulette wheel, while the second-class Arab and Israeli allies can go pound sand.

Iran, of course, flatters the sophisticated, nuanced Europeans, whose capitals our diplomats prefer to frequent, rather than the Levant’s hot, gritty sandboxes. For good measure, Biden kicked a little of that sand in Israel’s friendly face by resurrecting moral equivalency, treating Hamas terrorism against Israeli civilians comparably to Jerusalem striking back in self-defense.

Nonetheless, Biden has also dealt Europeans their share of his alliance management, blindsiding them by proposing to waive intellectual property rights for COVID-19 vaccines internationally, which the European Union intensely opposed. On balance, however, Biden has given Europe, which grudgingly bided its time with Trump, much of what it wanted. Not only do Biden advisers greet Europeans with “bonjour” or “guten tag,” the EU is again rejecting U.S. policy with indifference and avoiding the consequences of doing so.

Germany, for example, insisted on allowing Russia to complete the Nord Stream II gas pipeline despite Biden’s professed opposition. By contrast, Biden kicked Canada to the curb by canceling the Keystone XL oil pipeline approved by his predecessor. NATO’s European members are showing signs of reverting to their old habits of not spending enough for defense.

Europeans remain broadly in disarray on this century’s greatest issue, the China question. Many still do not recognize, as we do, the threat of ostensibly commercial firms like Huawei being weaponized to dominate 5G telecommunications and surveil all that passes through it. Nor are they prepared to hold Beijing accountable, for example, to WTO trade rules it supposedly accepted two decades ago (joining as a developing country no less, which it remains and likely always will). The conventional wisdom’s mistake is pretending that successful foreign policy rests on correctly answering process questions such as: Do we work through alliances or international organizations (actually, two very different things), or do we proceed unilaterally?

This is like asking if we prefer to eat with a fork or a spoon. Process does not resolve issues of policy objectives, resources, and strategies to achieve them. At times, even our closest allies will be divided from us, or among themselves, or the press of events will demand quicker actions than our friends can take. Alliances don’t accomplish much unless we know our objectives and how allies can help achieve them. What, for example, is Biden’s grand strategy for China? Six months into his administration, we still don’t know. And Russia? After the Biden-Putin summit, cyberattacks on U.S. companies continue. Will Biden respond effectively, as he has threatened, or is he searching for the “red line” Barack Obama drew in Syria?

Alliance management is not for those with short attention spans, or those who prefer to be led, rather than doing the leading themselves. Biden’s diplomacy does not yet warrant any victory laps.