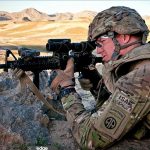 This article appeared in 1945 on September 7, 2021. Click here to view the original article.

Debates about America’s exit from Afghanistan, both the underlying withdrawal decision and its execution, will, with good reason, roil U.S. politics for years. Starting now, however, the critical question is: are we more secure today than before the departure became fait accompli.

The immediate danger is Afghanistan itself, where Biden Administration policies are enabling the victors and increasing threat levels. Secretary of State Blinken wants a Taliban government of “real inclusivity,” as if the presence of other Afghan factions will somehow dilute the impact of Taliban rule. The terrorists’ media charmers have surely learned from post-World War II “coalition” governments in Soviet-dominated Europe how to conceal political reality with make-believe “inclusivity.” If Taliban deigns to play this game, their siloviki will control the key security agencies, such as defense, police, and intelligence.  The rest is window-dressing, mere pretense for a White House reluctant to face the consequences of its own mistakes.

So too for repeated White House assertions that it will “marshal the international community” to influence Taliban decisions. From what alternative universe does such language come? The “international community” for the Taliban consists of Russia and China, abstainers on the Security Council’s recent toothless resolution on Afghanistan, a clear signal of coming vetoes on anything beyond UN pablum. Pakistan’s head of Inter-Services Intelligence, Taliban’s long-time paymaster, just visited Kabul.  More international community.  This list will not get shorter, even as terrorists worldwide seek to establish sanctuaries in Taliban-led Afghanistan, and confirms why we should provide no political or economic sustenance to the terrorist regime.

The legitimate opposition to the Taliban is now fighting for survival in the Panjshir Valley, reminiscent of earlier battles against the Red Army and Taliban itself in the 1990s. We should assist this opposition to help provide at least an indirect U.S. presence in-country, to monitor and hinder the establishment of terrorist basecamps. Of course, much more is needed against a newly resurgent terrorist threat, and Biden’s blithe assurances about the efficacy of “over the horizon” capabilities should fool no one. U.S. operatives will do what they can from remote locations, but those efforts cannot suffice without on-the-ground capabilities.

Security threats to America post-withdrawal extend well beyond the direct consequences in Afghanistan. The risk of a full terrorist takeover in Pakistan has significantly increased. China and Russia will move aggressively to enhance their positions in Central Asia and the Middle East, where Iran will also pursue new opportunities. In short, our adversaries will see withdrawal as a signal of U.S. weakness and proceed accordingly.

But Washington’s friends are the most surprised and most disconcerted, starting with NATO. After the Trump-era chaos, allies believed Joe Biden’s soothing bromides indicated a kind of “normalcy” in U.S. attitudes toward NATO, perhaps not too warm but certainly not too cold. Then, he blindsided them, without prior notice, saying publicly the U.S. was indeed exiting Afghanistan. For well or ill, this is nothing new in NATO, as members often asked America, “are we being consulted or being informed?” This time, however, the response was stronger than usual.  European Union leaders raised yet again the notion that the EU itself needed independent military capabilities.

Such EU-based blustering about no longer depending on NATO or the United States is also nothing new;  the current furor may be purely for domestic political effect. But if, this time, a line has been crossed, it is potentially quite serious. Few Europeans realize how the idea of an independent EU force (or even an EU “pillar” within NATO) constitutes a dagger pointed at NATO’s heart.  If Europeans still want collective-defense relations with the United States, questioning their reliance on NATO is a severe mistake, dangerous for all the parties involved.

Europe should have learned more from the Trump experience. There is a strain in American politics fully content immediately to “let Europe take care of itself.” And below that, there is a potentially even stronger current, resenting constant European carping about U.S. policy, that could without much further provocation transform itself into a more-fully unilateralist policy approach. Obviously, those most deeply threatened by Russia, particularly in central and eastern Europe, want no part of undercutting NATO. They need to speak up now, loudly, and effectively.

The broad scope of ramifications flowing from America’s Afghanistan withdrawal is only starting to surface in the media, although the consequences were always there for policymakers and analysts to see and understand. Are we more secure today than before withdrawal? The final results are not yet in, but the early returns are decidedly negative.