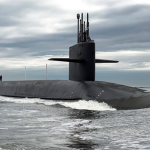 Instead, the Biden administration must pursue it as a component of a comprehensive national-security strategy to advance American interests.

This article appeared in The National Review on October 11, 2021. Click here to view the original article.

The Biden administration has ambitions to re-establish America’s “credibility as a leader in arms control,” according to its Interim National Security Strategy released this past March. While we reject the suggestion that U.S. credibility has been lost, as national-security professionals, we both understand the importance of effective arms control. But we also know that all too often, arms control has been seen as an end unto itself, instead of what it should be: a component of a comprehensive national-security strategy to advance American interests.

Recently, the administration met in Geneva for the second round of “Strategic Stability Dialogues” with the Russian Federation. One outcome was an agreement to create a bilateral arms-control working group. This working group is not itself a problem.

The question for the Biden administration is whether it will want a deal with Russia so badly that it agrees to a bad deal. Judging by the preemptive concession to Moscow in extending the New START treaty by five years, something even senior members of the administration cautioned against, we have reason to be concerned.

Yet negotiating a deal is, in some ways, the easy part. The hard work comes once a deal is in place. That’s especially true when dealing with a country like Russia, which has violated basically every arms-control treaty it has ever signed, according to the United States government.

One of the most important examples of how this process should work is when the Obama and Trump administrations had to respond to Russian violations of the 1987 Intermediate-Range Nuclear Forces treaty.

The INF treaty, the only arms-control agreement that actually eliminated an entire class of nuclear weapons, led to the destruction of twice as many Soviet weapons as American (unlike more recent treaties such as the Obama-era New START treaty that required only the United States to reduce nuclear weapons while Russia was allowed to build up). In the Cold War context, the INF treaty advanced U.S. security interests and those of our allies in Europe and Asia.

The problem was twofold: Russia was cheating and the treaty did not prevent the People’s Republic of China from fielding hundreds of nuclear missiles at intermediate-range. The result was that only the United States was limited from developing intermediate-range ground-launched ballistic and cruise missiles. For some in the arms-control community, even these undeniable facts were not enough to mean the United States was justified in leaving a treaty that had outlived its usefulness and had ceased to make any sense.

One of the most important tools the United States government had to begin to push back on Russia’s violation was the annual report of the Bureau of Arms Control, Verification and Compliance, “Adherence to and Compliance with Arms Control, Nonproliferation, and Disarmament Agreements and Commitments.” This congressionally mandated report — the so-called compliance report — brings together all of the information available to the intelligence community, with State Department diplomats and international-law experts, and the Defense Department experts who are best able to assess the military implications of a given violation.

And the Obama administration used it to good effect. Starting in July 2014 when the unclassified compliance report first stated that Russia was violating the INF treaty, the United States was able to build pressure on the Putin regime for its conduct. It was able to do this, moreover, all while protecting intelligence sources and methods. One way this was done was by releasing the compliance report in both unclassified and classified forms. And the fact that the violation was publicly announced allowed the United States to engage in an open campaign with our allies to build a unified diplomatic front.

Imagine the following: The United States never disclosed the violation in the unclassified report and had only confronted Russia about its violation in confidential bilateral sessions. For many in the arms-control community, for whom the fact of the treaty is as important as whether both sides are complying with it, this would be just fine. But for those of us who believe that a treaty only contributes to national security when both sides adhere to it, this would be to the disadvantage of the United States, which always lives up to the treaties it ratifies.

In the case of the Comprehensive Test Ban treaty, the Trump administration had to confront Russian and Chinese nuclear-weapons testing in violation of that agreement, to which the U.S. scrupulously adheres even though the U.S. Senate rejected ratification with 51 votes — including one from Senator Lugar (R., Ind.), a longtime arms-control advocate. The previous administration called out that illicit testing in the unclassified report, even though it couldn’t prove the allegation solely with unclassified information.

In the coming weeks, the Senate Foreign Relations Committee and the full Senate will consider the Biden administration’s nomination for the post of assistant secretary of state for arms control, verification, and compliance. Senators should determine whether the administration will distance itself from both of its predecessors and act to conceal evidence of violations just because they can’t be entirely proven in the unclassified report.

If the nominee for the AVC Bureau will not pledge to keep confronting these two countries in each subsequent unclassified report, the committee should be rightly concerned that this nominee will not meet the basic responsibility of the job: “Trust but verify.”