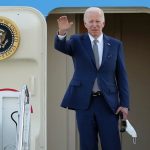 This article appeared in The Washington Post on May 25th 2022. Click here to view the original article.

Neither President Biden’s intelligence releases nor his other deterrence efforts stopped the invasion. Nonetheless, his advisers and media acolytes, piling speculation upon speculation without concrete evidence, claimed that publicizing the information — rather than simply sharing it privately with allies — bought time and helped unite NATO. The media did precious little reporting of the costs involved or other possible motivations.

Publicly revealing sensitive intelligence makes sense when a president has clear objectives, a coherent strategy and, ultimately, when the revelations advance U.S. interests. That can be an aspect of intelligence statecraft: the use of data, analysis and advocacy to advance U.S. national-security objectives. But intelligence is a valuable commodity, often acquired at great cost and risk. Publicizing it promiscuously can endanger sources and methods. It can also prove counterproductive and embarrassing when inaccurate, and encourage the bureaucratic propensity to leak.

Does the Biden administration have a strategy, or did these scattershot efforts reflect larger failures in information statecraft?

Divergent bureaucratic, political and policy cultures disagree on publicizing intelligence. The State Department suffers from institutional logorrhea, whereas career intelligence personnel generally make “Silent Cal” Coolidge seem chatty. Some policymakers in the current executive branch, with roots in liberal academia, think tanks or politics, suffer from “mirror imaging”— the idea that “adversaries” are typically reasonable people just like us, ready to find common solutions to common problems. If only they had the same information we had, this view holds, they, too, would behave responsibly.

That doesn’t describe the worlds of Putin and Chinese leader Xi Jinping. As Putin told me on more than one occasion: “You have your logic, we have ours; let’s see who prevails.” And even if Russia or China have superior information-warfare capabilities, releasing classified information shouldn’t be our knee-jerk response.

In this matter, Biden seems to be largely refighting his last war. The catastrophic strategic and operational failure of the United States’ humiliating withdrawal from Afghanistan unnerved his administration — and made Biden look clueless. Contrary to Biden’s repeated assertions that Afghanistan’s government and military could withstand Taliban attacks, they swiftly collapsed. The White House response was contradictory and confused, utterly ineffective in stemming the flood of public criticism.

Seemingly determined to prevent renewed perceptions of incompetence, Biden’s team tried to show that, with Ukraine, unlike in Afghanistan, they were on top of events and knew what Russia was about. Nonetheless, its performance has been spotty and sometimes incautious, including revealing less-than-certain intelligence during the war. Biden had to contradict his advisers’ release of information indicating Putin was poorly briefed by timid subordinates. The administration’s hunger to disclose extended to foreshadowing, inaccurately, North Korean ICBM or nuclear tests before or during Biden’s now-completed Asia trip.

Even after Biden tried reining in “leaks” about the war in Ukraine, which amounted to bureaucratic boasts about agency successes, the deluge continued.

Most damaging were articles on U.S. information-sharing with Ukraine, which by explaining what was impermissible, told Russia exactly what we were sharing with Kyiv. Providing “kill chain” intelligence (information that directly facilitates attacking enemy forces) to a foreign military can place the United States in or very near combatant status. Publicly discussing it is risky business, especially considering Putin’s repeated threats, and Biden’s evident fear of doing anything possibly deemed “escalatory,” such as supplying Ukraine with Polish MiGs. Some “leaks” about such intelligence sharing indeed looked “defensive,” authorized anonymous conversations intended to protect the United States, but which were accidentally quite revealing.

What was inexplicably underreported and under-analyzed by the pro-Biden media is why the United States was so mistaken in its pre-invasion intelligence assessment that Russia would gain swift victory in Ukraine, with Kyiv falling in days and the entire country in weeks. Fearing sudden Russian successes, the administration leaked that it would support guerrilla operations afterward, presumably to deter Moscow from invading. A U.S. offer to provide Ukrainian President Volodymyr Zelensky safe passage from Kyiv showed little confidence in his government’s survivability. You can be sure that China noted these intelligence failures carefully.

It is not just a coincidence that the intelligence and communications strategy mistakes in Ukraine echoed errors in Afghanistan. Now recognizing these failures, two major blunders hardly six months apart, the U.S. intelligence community is, quite rightly, reviewing its performance. They have much to do.

These patterns must change. Revitalizing the now-dilapidated Cold War legacy of effective U.S. international communications has supposedly been a national priority for decades. If Congress is looking for bipartisan reform projects, this one should be top of mind. Repeated congressional battles over organization charts and personnel — all self-inflicted wounds — have to stop. We knew how to do this once; try doing what worked 50 years ago.

John R. Bolton served as national security adviser under President Donald Trump and is the author of “The Room Where It Happened: A White House Memoir