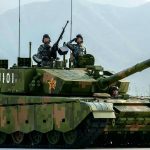 This article first appeared in 19FortyFive on June 5th, 2022. Click here to read the original article.

Russia’s invasion of Ukraine is the most recent, but far from only, incident highlighting Taiwan’s vulnerability to Chinese attack. Western assistance to Ukraine, particularly sharing intelligence, has contributed significantly to its defense, but the underlying failure of deterrence was tragic. Prior to Moscow’s attack, Washington and its allies lacked credibility, unity, and adequate appreciation for larger geostrategic issues. The consequences are evident daily.

China and Taiwan are watching closely, and debate has accelerated over the military capabilities Taipei needs to maximize deterrence and defense against Beijing. Unfortunately, as with Ukraine, this debate lacks a broader politico-military foundation, which threatens Taiwan whatever its military arsenal. Biden administration myopia is missing critical opportunities to strengthen not just Taiwan, but the entire Indo-Pacific’s resistance to Chinese belligerence.

For the United States, implementing more effective deterrence for Taiwan is not simply a tactical case study. “Defending” Taiwan (or whether it has the right weaponry) is far too narrow a politico-military framework. Taiwan is not some isolated problem, but a strategically critical component of an Indo-Pacific, indeed global, counter-China strategy. Nonetheless, too many still view Taipei as an irritant to Beijing, an unnecessary burden we are protecting.

This misperception persists despite fundamental changes in Taiwan. It is no longer just the “losing side” in China’s Communist-Nationalist civil war, but a functionally independent country that intends to remain so. Its successful, growing economy is critical to America and the world, and its robust democracy has no appetite for anschluss with China. These are not just fun facts, but are integral to Taipei’s strategic position and its relationship with Washington.

Given its dramatic social, political and economic changes since 1949, Taiwan has little doubt the “one China” concept, like “strategic ambiguity,” is past retirement age. Thirty years of surveys have asked residents how they identify themselves. Those identifying as “Taiwanese” rose from 18% to 62%; “Chinese” fell from 26% to 3%; “both Taiwanese and Chinese” fell from 46% to 32%; and non-responses fell from 11% to 3%. Taiwan’s people have rejected the Shanghai Communique language of “all Chinese on either side of the Taiwan Strait” as archaic. Perhaps more than any other reason, this is why “Taiwan” is Asia’s synonym for “Ukraine.”

President Biden has said three times that America would defend Taiwan if it were attacked, and three times his staff has tried to pretend he didn’t. Such confusion has not been limited to Taiwan. So, if Biden intended to reinforce “strategic ambiguity,” he and his administration have done a masterful job. In April, 2021, Director of National Intelligence Avril Haines testified that:

“[if] we were to see a U.S. shift from strategic ambiguity…,to clarify our willingness to intervene in a Taiwan contingency, the Chinese would find this deeply destabilizing….It would solidify Chinese perceptions that the U.S. is bent on constraining China’s rise, including through military force, and would probably cause Beijing to aggressively undermine U.S. interests worldwide. That is our assessment.”

If Biden disagrees with Haines’s assessment, which counsels against a “shift from strategic ambiguity,” he needs to say so. Rather than press-question answers followed by cleanup patrols, Biden must speak comprehensively, bury “strategic ambiguity” unambiguously, and establish plainly that Washington sees Taipei as an ally. Being explicit would benefit both countries, and everyone in the Indo-Pacific who assess China’s menace similarly.

Enlarging Taipei’s military cooperation throughout the Indo-Pacific is today potentially the most effective way to break Beijing’s heavy-handed efforts to quarantine Taiwan politically. Deciding what military assets America should provide Taiwan is crucial, but the bigger picture is to interweave Taiwan into the emerging alliances and coalitions forming to deal with the Chinese threat. That would be real “integrated defense.” Taiwan’s critical geographic position in the “first island chain” between China and the broader Pacific alone explains why. Beyond the East China Sea, Taiwan has inherited territorial claims in the South China Sea; its air and naval assets could play vital roles, alongside other navies, ensuring freedom of navigation and refuting Beijing’s unfounded sovereignty claims across that critical space.

Many such duties for Taiwan come readily to mind. The recent Tokyo meeting of Quad heads of state (India, Japan, Australia, and the United States) launched the Indo-Pacific Partnership for Maritime Domain Awareness (IPMDA), an excellent initiative in which Taiwan could play a vital part. Intended to “build a faster, wider, and more accurate maritime picture of near-real-time activities in partners’ waters”, the IPMDA contemplates “immediate consultations” with others, which should obviously include Taiwan.

The AUKUS (Australia, UK, US) initiative to produce nuclear-powers submarines for Australia provides another template for mutual cooperation on sophisticated, interoperable defense capabilities in which Taiwan could be seamlessly integrated into larger Indo-Pacific coalitions. There is no imminent need, or potential, to have one comprehensive alliance structure like NATO, which itself grew and evolved over decades. But Taiwan should be a part in whatever steps are being taken in the Indo-Pacific.

It was, therefore, a significant disappointment, and a significant error, not to include Taipei in the Indo-Pacific Economic Framework (IPEF), unveiled the same day as IPMDA. Taiwan (under the outdated name “Chinese Taipei”) is, after all a WTO member; it is manifestly insufficient to say the U.S. will continue enhancing bilateral economic relations with Taiwan as if that is a substitute for participation in initiatives like IPEF. If other IPEF members feared Beijing’s reaction to including

Taiwan, it shows they still gravely underestimate China’s threat, and will fear other necessary and appropriate steps in the near future. Such timidity augurs poorly for IPEF’s prospects.

Taiwan’s broader, entirely appropriate regional roles cannot be fulfilled merely with “defensive” weapons against potential Chinese amphibious assaults, whether in traditional or asymmetric capabilities, which Biden’s advisors are pressing. Their focus is too narrow. It undercuts effective U.S. regional strategy, including their own initiatives like IPMDA and IPEF. Properly providing for an expanded, coalition-based military role for Taiwan requires assigning responsibilities to coalition-of-the-willing members and equipping them accordingly. We will then have a realistic context to assess specific weapons systems that will assist not just Taiwan, but the larger regional program to counter Beijing’s belligerence.