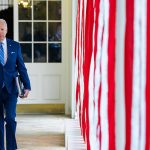 President Biden spent almost a week in the Middle East recently, during a period of critical regional importance, and manages to depart having alienated nearly every major player.

Iran is reaching the breakout point on a nuclear weapon. Israeli leaders were eager to speak face to face with their American counterparts about applying more muscle into forcing Iran to back down.  The Saudis expected a shift in U.S. policy on both Iran and about the criticism of the Saudi government for the Khashoggi affair. Riyadh was signaling a willingness to turn over a new leaf in the U.S.-Saudi relationship by increasing oil production and moving quickly to establish deeper public relations with Israel.

The Palestinians expected the United States to press Israel into allowing the reopening of the formal U.S. consulate to the Palestinians. The consulate, located on Agron Street (in the pre-1967 western half of Jerusalem), was closed during the Trump administration. Reopening it would signal a shift aligned with American and global progressives and more hostile to Israel. Jordan, in addition to backing the Palestinians, expected the United States to reinforce its demand to erode, or even erase, any Israeli sovereignty over any part of eastern Jerusalem, including the Temple Mount.

Virtually nobody was pleased by the outcome of the trip, however.

The Palestinians and Jordanians failed to understand that while the staff of the Biden administration fully agrees with them, the President was in no position to publicly validate those policy shifts.  American officials indulged and inflated Palestinian and Jordanian expectations but failed to deliver the goods in public.

Then again, the Palestinians have always been hostile, and were never going to be pleased with any U.S. overture.  Jordan, which since 2017 has acted more as an advocate of the Palestinian Authority than a strategic partner, was also inevitably going to walk away dissatisfied. Yet, , the Palestinians and Jordanians did come away with symbolic confirmation at least that the U.S. has walked back from the Trump administration policies on Jerusalem.

The regional countries most critical to the U.S. position in the region – Israel, Saudi Arabia, and the UAE- come away the biggest losers.

The Arab states have been falling over themselves in the 24 hours since President Biden left to appease Iran, with the UAE now seeking to establish diplomatic relations with Tehran. Clearly the message they received from the U.S. was disconcerting. Most likely, they measured up Washington, heard weakness, and are now reacting accordingly.

For Israel, this trip was about meeting face to face with its counterparts in an attempt to avert a weak deal with Tehran and unify the Western ranks toward a far tougher policy on Iran. Israel is in an election cycle, so the government is desperate not to show tension with U.S.  Even so, Israeli officials are now openly admitting the U.S. and Israel are at odds over Iran policy, even as they try to put on a brave face by saying that at least the U.S. was presented an unvarnished and blunt message from the top of the Israeli government.  But actions speak louder than words. Tellingly, the Israeli Defense Force (IDF) chief of staff said last night that the IDF is kicking its preparations for a major direct war with Iran into high gear – alone if necessary.

Iran was not the only issue.

Saudi and the UAE are furious over the attempts by U.S. Secretary of State Blinken to force PLO and Jordan into the most sensitive Abraham Accords forums in all facets, including defense and investment, which has caused the Saudis walk back what they were willing to do in terms of normalization with Israel. As Ehud Yaari, the Arab affairs correspondent for Israel’s channel 12, noted, this U.S. effort is a severe blow because it would allow the PLO, which is committed to undermining the accords, to serve as a spoiler, which this U.S. policy will essentially allow.

By the time the President arrived in Saudi Arabia at the end of the week, the atmospherics had already changed from warm expectations to coldness. Whatever remnant of original expectations that the Saudis did deliver on was pro-forma. Israeli flights beyond the UAE could now pass-through Saudi airspace, but no further normalization, and at best a small increase of oil production only without a firm promise publicly from the Saudi side, and no timeline.

Finally, of course, the idea of a regional security alliance, which only a week ago seemed to be already happening, suddenly vaporized the moment the U.S. said that it was going to put itself in charge of shepherding it to completion.  This attempt to insert the U.S. on top of the security ties in the region was perhaps the most destructive failure on several levels. First, it demoted the direct ties between Israel and the Arabs – which were developing nicely without the U.S. — and devastated the confidence the regional players had in such a structure since they have measured up the administration and believe it is not serious about regional defense. Trying to force Qatar –Saudi Arabia’s nemesis–and Jordan –serving as an agent of the Palestinians– was the death blow to the whole scheme.

Notably, under the table, it seems Saudi, UAE, Morocco and Israel are proceeding alone to create such a structure without the U.S.’ involvement.  The IDF’s chief of staff is, in fact, traveling to Morocco today and several top military officials have also been moving around their Arab neighbors as well in recent days.

The final verdict on the trip appears to be that the Saudis, Bahrainis, and UAE trust Israel more than the U.S.