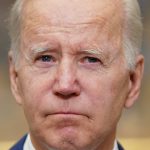 This article first appeared in 19 Forty-Five. Click Here to see the original article.

The wrong countries, notably Russia and China, are learning dangerous lessons about President Biden’s lack of international political resolve. Both substantively and in diplomatic tradecraft, his Administration is hesitant, submissive, and erratic. On issues as diverse as prisoner swaps with Moscow, American re-entry into the 2015 Iran nuclear deal, or Speaker Nancy Pelosi’s visit to Taiwan, the White House betrays a propensity to crumple under pressure. Weakness and uncertainty on these seemingly unrelated matters, and others, comprise a pattern heartening to adversaries and alarming to friends.

For example, long-standing, bipartisan U.S. policy has rejected negotiating with hostage-takers, whether terrorists or lawless states.  That policy has at times been breached, as in the dismaying Iran-Contra affair, but the underlying rationales are clear. Bargaining with hostage-takers epitomizes the moral-equivalency fallacy, legitimizing and publicizing their status; often advances their cause by providing them resources or returning important personnel; and invites more hostage-taking, thus endangering other Americans, by putting a price on our citizens.

Instead of incentivizing hostage-taking by trading prisoners, the correct response is harsh action, either economic or military, depending on the circumstances, against those who engage in such atrocities. Deal-making is congenial for terrorists and authoritarian states; severe punishment is not. As painful as it is for hostages’ friends and families, a President’s responsibility is long-term, protecting the future security of all Americans, not placing more of them in jeopardy. This was Ronald Reagan’s mistake in Iran-Contra. The United States erred again by its utterly inadequate response to North Korea’s savage, ultimately fatal treatment of Otto Warmbier, taken hostage by Pyongyang in 2017.

The Meng capitulation foreshadowed April’s exchange of American Trevor Reed for a major Russian cocaine trafficker, and ongoing negotiations to free Brittney Griner and Paul Whelan. All three arrests were politically motivated (although Griner “confessed” to drug charges); Reed is now pressuring Biden on behalf of the others. Viktor Bout, the Russian offered for Griner and Whelan, is serving twenty-five years for selling arms to Colombian narco-terrorists.

Interestingly, Russian Foreign Minister Sergei Lavrov said last week the prisoner-exchange talks originated in the June 2021, Biden-Putin meeting in Geneva, where the leaders “agreed to appoint representatives in charge of these issues, and the Foreign Ministry is not among them.  The timing is consistent with White House deliberations on conceding the Meng case and the Russia prisoner swaps. Also quite interesting is Lavrov’s comment that negotiations initially were not in diplomatic channels but perhaps between intelligence or law-enforcement authorities.

Lavrov was uninterested in speaking to Blinken before they finally connected on July 29. Russia’s Maria Zakharova had earlier said Lavrov “has a busy schedule of real work,” and the two would talk “when time permits.” Moreover, Blinken, having avoided calling Lavrov for five months after the invasion of Ukraine, has repeatedly publicly discussed the substance of a possible deal, which the Russians have not. Similarly, the White House openly denounced as “bad faith” Russia’s proposal that the deal includes releasing a former intelligence official in German custody.

This public commentary reportedly reflects administration nervousness that talks are proceeding slowly, an error of tradecraft if accurate. Similar disarray has marked Biden’s efforts to stop Pelosi’s Taiwan visit. China’s rhetorical pressure has been intense, and the Administration’s discomfort far too visible. The President himself referred to Pentagon concerns for Pelosi’s safety, and anonymous officials confirmed Biden discussed the trip in his recent telephone call with Xi Jinping. Beijing was not so shy, saying Xi told Biden, “Those who play with fire will perish by it. It is hoped that the U.S. will be clear-eyed about this.”

China is, in effect, trying to make Pelosi’s trip a hostage. Some American analysts buy Beijing’s propaganda, worrying the trip “[C]ould ignite this combustible situation into a crisis that escalates to military conflict.” Such paranoia may well reflect White House insecurity, but it is badly misplaced.  Xi knows full well that any danger to Pelosi’s safety would prompt a robust American response, at least from most administrations.  And while military exercises were held in Fujian Province, there is no evidence of any real threat, according to the White House itself.

Dreading Chinese fist-shaking without a clear-eyed analysis of reality has all the hallmarks of Biden vetoing the transfer of Polish MiGs to Ukraine, and hesitancy and delay in providing Kyiv with higher-end weapons, for fear of provoking Russian escalation. Administration trepidation about Pelosi’s travels is painfully visible worldwide, dispiriting our friends and whetting our adversaries’ appetites.

In Tehran, the ayatollahs must be dismayed for having come in too low bargaining with Biden and not demanding more concessions before readmitting the U.S. to the 2015 nuclear deal. And no wonder Kim Jung-Un is again making nuclear-weapons threats.

By abandoning well-established American policy against negotiating with hostage-takers; by overestimating short-term pressures and underestimating longer-term ramifications; and by repeatedly signaling weakness and uncertainty dealing with China, Russia and others, Biden has harmed American credibility and thereby invited more threats and challenges. This lack of resolve bodes poorly for Ukraine if Russia’s invasion grinds on, especially since several European countries, notably Germany and France, are signaling their own lack of resolve. It’s no surprise that Taiwan wants a Pelosi visit.

Ambassador John R. Bolton served as national security adviser under President Donald J. Trump. He is the author of “The Room Where It Happened: A White House Memoir.” You can follow him on Twitter: @AmbJohnBolton.