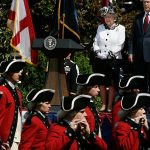 This article first appeared in The Telegraph on September 9th, 2022. Click Here to read the original article.

Queen Elizabeth’s seventy-year reign makes her the only British monarch almost all American citizens (not to mention the entire world) have ever known. For audiences over here, the coming memorials will rival the distantly remembered ceremonies for Winston Churchill, and those more recently held for Margaret Thatcher.

Since the U.S. constitutional system has always vested both the “head of state” and “head of government” functions in the President alone, processing the Queen’s role, and therefore her significance and the consequences of her passing, is harder work for the cousins on the far side of the Atlantic. But there will now surely be considerable discussion of it, and hopefully better understanding for the future.

In theory, the Queen stood above partisan politics and the sausage-making of government in ways utterly impossible for an American President. Her separation from the often-unpleasant reality of day-to-day affairs of state, again in theory, allowed national divisions of opinion, even deep and bitter ones, to be subsumed under a unifying figure that had only the British national interest at heart.

While a President can certainly be a unifying figure, he is always at risk of accusations that he is putting party priorities above those of the nation as a whole, invoking its sacred symbols not for higher purposes, but for those very crass partisan interests that are always getting in the way. The tension is inherent in the job. And it is the theoretical and (largely) actual absence of that tension in the monarchy that makes understanding its role so hard for many in the land where our last King, George III, caused us so much dismay.

Elizabeth, nonetheless, year after year, fulfilled her constitutional and theoretical responsibilities in a truly remarkable fashion. Especially as the role of the media in Western society has grown to the point where it will report almost anything, at length, and then have commentators analyse it at even greater length, the Queen carried on her duties undistracted and seemingly unperturbed. Notwithstanding the ceaseless pounding of press attention on her family, which was revealed to be completely human, to the surprise of some and the delight of others, Elizabeth, in public, simply persevered in her duties.

At Portsmouth for the June, 2019, 75th-anniversary celebration of the launching of the D-Day invasion forces, the Queen praised the spirit of that time. Perhaps ad-libbing her own thoughts, she said “the wartime generation – my generation – is resilient.” Note the present tense. In the United States, we refer to that crowd as “the greatest generation.” And the Queen was very much part of it. So perhaps her performance was not remarkable at all, but only what her duty required, as she saw it. She knew what her job was, and she did it, period.

Such diligence, so unlike the common run of politicians in democratic societies, was virtuous and appealing, in its own way compelling evidence that the Queen’s interest was only the national interest. After all, why else would she put up with the public spotlight on her family’s travails, the commentariat’s second-guessing, and especially the animosity of those who see no place whatever for a monarchy in Britain’s constitutional system.

It is tempting to reach for the chronology of events that occurred to Britain and the world during Elizabeth’s reign to characterise or embody her performance. Many historians will be hard pressed not to speak of a “second Elizabethan Era,” but it is a mistake to take such a description at face value. The Queen’s direct influence on affairs of state is limited by design. Nor is it fitting to say she “set the tone” for life in the United Kingdom, since in many cases her manner was distinctly contrary to the tone of contemporary Britain, albeit quietly and with dignity. “Setting the example” is what she did instead, not conforming to tendencies she surely rejected and was right not to embody, however popular they might have been. Her impact was unquestionably positive, beneficial to all Britons, although its full extent must await the historical accounting.

Beyond Britain, Elizabeth embodied the Commonwealth, whether its members also regarded her as their head of state or whether they were republics (or something else at times). As an organising principle for British strategy and diplomacy, the Commonwealth has had clear benefits for successive Prime Ministers’ foreign policies. Its virtues are hard to quantify in an age of statistics, but the benefits of the monarchy in making the Commonwealth work are undeniable, and may yet hold unrealized potential, especially in a post-Brexit environment.

It was also entirely appropriate that the Queen’s last official acts sealed the transition between the fourteenth and fifteenth Prime Ministers of her reign. Head-of-government transitions in democracies are inherently messy and sometimes unpleasant. In America, after Thomas Jefferson defeated incumbent President John Adams in the 1800 election, Adams left Washington on Inauguration Day in 1801 without attending the swearing-in. We just went through it again on January 20, 2021. Having the Queen be ceremonially central to a transition at the head-of-government level provides a greater sense of continuity and stability than encounters between fractious politicians can ever be.

John Bolton is a former US National Security Adviser