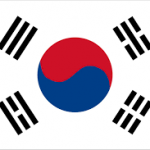 Taiwan may be Asia’s most imminent flashpoint, but the threats facing South Korea are no less perilous. North Korea’s nuclear and ballistic-missile programs continue advancing amid constant rumors of another nuclear test, which would be North Korea’s seventh. Particularly significant for South Korea’s emerging strategy in response is the growing realization that threats across the Indo-Pacific aren’t discrete and unrelated but ultimately emanate from one actor: China.

In Seoul, speculation about Pyongyang’s next nuclear detonation centers on the days just before America’s elections. The Chinese Communist Party’s 20th Congress, expected to enshrine Xi Jinping as China’s most powerful leader since Mao Zedong, begins on Oct. 16. Kim Jong Un won’t risk spoiling the Chinese congress during its session, but the ensuing weeks will offer a dramatic opportunity to flaunt his nuclear capabilities. Mr. Kim’s recent announcement of his first-strike nuclear policy, together with blunt warnings he won’t negotiate away the nuclear program, publicly codifies North Korea’s longstanding nuclear doctrine.

Seoul has always understandably concentrated on Pyongyang’s threat. Now, however, it sees Beijing’s belligerence toward Taiwan, interference in South Pacific Island states, and critical support for North Korea as interrelated parts of an overall Chinese Indo-Pacific strategy. This assessment points to what should be obvious: Beijing is ultimately responsible for Pyongyang’s nuclear threat. For too long, the U.S. has allowed the Chinese government to pretend (through the Six-Party Talks, for example) that it is genuinely committed to finding a solution on nuclear proliferation. This fantasy is increasingly difficult to sustain, since North Korea never threatens China. Instead it threatens South Korea, Japan and America.

Significant U.S.-South Korea military exercises (canceled by Donald Trump as an unreturned favor to Kim Jong Un) are resuming, with the USS Ronald Reagan carrier-strike group arriving in Pusan for joint maneuvers. The Reagan’s deployment (the first carrier visit since 2018) sends Pyongyang a strategic signal, but it is unaccompanied by any evidence the White House is prepared to jettison the failed 30-year diplomatic minuet with North Korea. Repeated administration offers to engage the North have elicited no interest.

Mr. Yoon is working to improve relations with Japan, meeting informally with Mr. Kishida last week in New York, and their foreign ministers discussed problems blocking closer linkages. Improving ties with Japan is only a first step toward broader South Korean involvement in East Asia, but it is a critical one. Japanese opinion views a potential Chinese attack on Taiwan as tantamount to an attack on Japan, a view Seoul doesn’t share. Beijing’s menacing stance toward Taiwan, however, is inexorably bringing South Korean leaders a fuller understanding of China’s many interrelated efforts to control its periphery. Greater cooperation between Taiwan and South Korea is critical to thwarting China’s ambitions.

The Quad should become a “Quint” by making South Korea a full member. Seoul’s perspective and capabilities would measurably enhance the grouping’s potential to address Beijing’s use of North Korea as a surrogate, its threats in the South China Sea and to Taiwan, and its aggressive behavior in the South Pacific. Moreover, Seoul-Tokyo engagement in a Quint context could more easily encourage bilateral patterns of cooperation than if the two were limited to stewing in contentious bilateral issues.

A Quint would demonstrate broader resolve in the face of China’s attempts to keep the U.S. and its allies off balance through divide-and-conquer tactics. South Korean participation in wider regional structures would help eliminate strategic ambiguity about Taiwan’s defense in the event of a Chinese attack. Biden staffers have apparently rebuffed suggestions to make South Korea part of the Quad. If so, this mistake needs prompt reversal.

The tempo of Indo-Pacific challenges is increasing, with threat levels rising. But as the U.S. confronts critical tactical decisions, such as how to arm Taiwan effectively to deter Chinese belligerence, it must be careful not to ignore larger strategic issues. South Korea and its new president are ready for regional defense cooperation beyond the existing hub-and-spoke bilateral alliance with the U.S. All the concerned countries in the Indo-Pacific would benefit. Let’s not miss this opportunity.