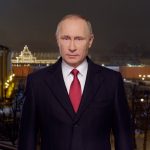 This article was first published on October 4th, 2022, in 19fortyfive. Click Here to read the original.

“For God’s sake, this man cannot remain in power,” President Biden said of Vladimir Putin in March, a month after Russia’s second unprovoked invasion of Ukraine, in remarks the Washington Post called “the most defiant and aggressive speech about Russia by an American president since Ronald Reagan.”(https://www.washingtonpost.com/politics/2022/03/26/biden-ukraine-putin-speech/)  Biden’s staff, however, immediately backpedaled, saying, “the president’s point was that Putin cannot be allowed to exercise power over his neighbors or the region. He was not discussing Putin’s power in Russia or regime change.”  Later, Biden himself dutifully resiled from regime change.(https://www.nytimes.com/2022/05/31/opinion/biden-ukraine-strategy.html)

Why the angst?  There is no long-term prospect for peace and security in Europe without regime change in Russia.  Russians are already discussing it, quietly, for obvious reasons.  For the United States and others pretending that the issue is not before will do far more harm than good.

Notwithstanding recent Kyiv’s military advances, the West still lacks a shared definition of “victory” in Ukraine.  Last week, Putin “annexed” four Ukrainian oblasts, joining Crimea, “annexed” in 2014.  The war grinds on, producing high Russian casualties and economic pain.  Opposition to Putin is rising, and young men are fleeing the country.  Of course, Kyiv’s civilian and military casualties are also high, and its physical destruction is enormous.  Hoping to intimidate NATO, Moscow is again rhetorically brandishing nuclear weapons, and has sabotaged the Nordstream pipelines.  Europe worries about the coming winter, and everyone worries about the durability of Europe’s resolve.  No one predicts a near-term cease-fire or substantive war-ending negotiations, or how to conduct “normal” relations with Putin’s regime thereafter.

To avoid the war simply grinding along indefinitely, we must alter today’s calculus.  Carefully assisting Russian dissidents to pursue regime change might just be the answer.  Russia is, obviously, a nuclear power, but that is no more an argument against seeking regime change than against assisting Ukrainian self-defense.  White House virtue signaling already empowers the Kremlin, accusing us of “satanism,” to claim America is trying to overthrow Russia’s government even though Biden is doing no such thing.   (https://www.nytimes.com/2022/09/30/world/europe/putin-speech-ukraine-russia.html)  Just to remind, the Kremlin has been doing this to us for many decades.  Since we are already accused of subverting the Kremlin, why not return the favor?

Obstacles and uncertainties blocking Russian regime change are substantial, but not insuperable.  Defining the “change” is critical, because it must involve far more than simply replacing Putin.  Among his inner circle, several potential successors would be worse.  The problem is not one man, but the collective leadership constructed over the last two decades.  No civilian governmental structure exists to effect change, not even a Politburo like the one that retired Nikita Khrushchev after the Cuban missile crisis.  The whole regime must go.

Actually effecting regime change is doubtless the hardest problem, but it does not require foreign military forces.  The key is for Russians themselves to exacerbate divisions among those with real authority, the siloviki, the “men of power.”  Disagreements and animosities already exist, as in all authoritarian regimes, exploitable as dissidents set their minds to it.  Boris Yeltsin standing on a tank outside the Russian White House in 1991 evidenced the fracturing of the Soviet ruling class.  Once regime coherence and solidarity shatter, change is possible.

Inside Russia’s military, intelligence and internal security ministries, there is almost certainly shock, anger, embarrassment, and despair about Moscow’s performance before and during the current invasion of Ukraine.  As in many coups in third-world countries, the likely leadership for regime change will not come from the top flag officers and officials, who are too personally invested in the Putin regime, nor from the ranks of enlisted personnel or lower-level bureaucrats.  It is from the colonels and one-star generals, and their civilian-agency equivalents, where the most-likely co-conspirators to take maters into their own hands.  These are the decision-makers whom the dissidents must identify, persuade and support to facilitate regime change.  Obviously, the desired interim outcome is not an outright military government, but a transitional authority that can hold the ring while a new constitution is formed.  This stage alone is very risky business, but unavoidable given Russia’s current domestic political structures.

Outsiders can assist in many ways, including augmenting dissidents’ communications internally and with their diaspora, and significantly enhanced programs to transmit information into Russia (complicated by the long decline in US information-statecraft capabilities).  Financial support, especially given Russian economic conditions, and not necessarily in large amounts, can also be critical. What Washington says publicly about regime-change should be concerted with the dissidents and other foreign allies.  Keeping our actions covert may be impossible, but there is likely no need to ballyhoo them.

Some will object that foreign involvement would compromise the dissidents, affording Putin propaganda openings.  The short answer is that he is already making this point, and will continue, whatever we say or do.  Our metric should be whether the dissidents themselves value outside help.  Most likely, their cost-benefit analysis will welcome the assistance more than they fear Putin’s anti-American rhetoric.  Russians have heard it all before.

What follows the Putin regime is ultimately the most critical question. Russians are already considering their options, as they should, since it is primarily their task to form a successor government.(https://www.washingtonpost.com/opinions/2022/09/30/alexei-navalny-parliamentary-republic-russia-ukraine/)  Enough mistakes were made after the Soviet Union dissolved that humility in future planning this round is fully warranted, and highlights why immediate research and planning is necessary.

Washington’s obvious strategic objective is having Russia aligned with the West, a fit candidate for NATO, as we hoped after the Soviet Union’s breakup.  Others may be unhappy about such a new Russia.  China can hardly welcome the collapse of a regime that is turning into Beijing’s junior partner, if not an outright satellite.  Chinese efforts to support Putin, even militarily, cannot be ruled out.

While Russian regime change may be daunting, America’s goal of a peaceful and secure Europe, episodically pursued goal for over a century, remains central to our national interests.  This is no time to be shy.

Ambassador John R. Bolton served as national security adviser under President Donald J. Trump. He is the author of “The Room Where It Happened: A White House Memoir.” You can follow him on Twitter: @AmbJohnBolton.