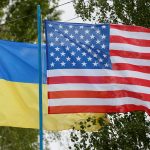 This article was first published in the Washington Examiner, on October 28th, 2022. Click here to read the original

While outright Republican opposition to U.S. aid to Ukraine is currently insignificant, Representative Kevin McCarthy’s recent comments about the conflict have rattled many U.S. allies.  Democratic support for negotiations with Russia will rattle them more, notwithstanding the progressives’ embarrassing reversal for being caught saying what they actually believe at the wrong time.

As with any national-security issue, delineating what is at stake for America is the critical first step.  Ukraine presents a powerful and straightforward case for the United States to provide material assistance for Ukraine to defend its freedom and independence.  This is not “a quarrel in a far-away country between people of whom we know nothing,” in Neville Chamberlain’s words.  Nor are the consequences of American inaction confined to Ukraine.  Were Moscow to prevail (or even maintain the status quo ante bellum), further Kremlin aggression against other former Soviet states and perhaps even NATO members would be more likely.  China would see a failure of American resolve in Europe as an open invitation to belligerence in the Indo-Pacific.

We have made some progress, but much more lies ahead.  There are no U.S. troops in combat, our weapons systems are proving themselves in battlefield conditions, Russia’s military capabilities are being debilitated, and Putin’s regime faces intense domestic criticism.  Defense Secretary Austin characterized Vladimir Putin’s strategy as “moving his forces into a wood chipper,” adding later, “we want to see Russia weakened to the degree that it can’t do the kinds of things that it has done in invading Ukraine.”  Still, President Biden’s policy leaves much to be desired, starting with his public uncertainty about America’s response to a “minor incursion” by Russia.  That is where Republican criticism is warranted:  not on what the Administration has done, but what it has not done to conclude the war successfully, while increasing economic and military costs on the Kremlin.

Many neo-isolationists criticize American aid to Ukraine on budgetary grounds, asserting that the costs are too high given our pressing domestic needs.  The real spending problem during both the Biden and Trump Administrations, however, has been an utter lack of fiscal discipline on domestic spending, thereby significantly contributing to the inflation now raging.  The current percentage of GDP spent on national defense is substantially below levels sustained in earlier threatening times.

Ronald Reagan knew a thing or two about national priorities.  Even while cutting domestic budgets, he gave the Pentagon more than it asked for, to the liberals’ dismay.  At the 1982 recommissioning of the USS New Jersey, he said, “Yes, the cost is high, but the price of neglect would be infinitely higher.”  Announcing his iconic strategic defense initiative the following year, he emphasized “we must not be misled by those who would make defense once again the scapegoat of the Federal budget.”  That is the responsible approach.

A related complaint is that President Biden is not protecting the southern border from illegal immigrants, and that attention to Ukraine is therefore unwarranted. This is simply a non sequitur.  Failure to resolve one critical national interest does not justify failure to address others.

Now, with Republicans poised to gain control of one or possibly both houses of Congress, we cannot afford casual remarks that rattle allies and unwittingly comfort adversaries.  On national security matters, the microphone is always on.   This is a time for statesmanship, for the “arguments of states and kingdoms” that Edmund Burke once begged British parliamentarians to consider, rather than abstractions about monarchical rights that were irreparably alienating the American colonists.  Statesmanship by members of Congress regarding American national security is even more important today, in the absence of sound presidential leadership.  Or, as Burke might now say, “think big picture.”

Unfortunately, the Democratic Party no longer has a Scoop Jackson or Joe Lieberman wing, and progressives would happily purge the last remaining stalwarts.  Accordingly, the risks for America are extraordinarily high if the Republican Party succumbs to its own isolationist virus on Ukraine.  To paraphrase colonial leader John Parker at Lexington Green, if the isolationists mean to have a war over Republican foreign policy, let it begin here.