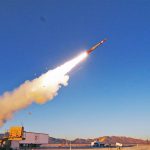 As rogue states and powerful rivals grow more dangerous and belligerent, even Biden acknowledges its necessity.

This article was originally published in the Wall Street Journal, on November 13th, 2022. Click Here to read the original article.

Iran now boasts that it possesses hypersonic ballistic missiles capable of defeating existing missile defenses—even in the U.S. While skepticism of the regime’s claims is warranted, it might not be bluffing. Russia’s military desperation in Ukraine has reportedly led it to supply Iran with captured U.S. and U.K. weapons in exchange for drones and to purchase arms from North Korea.

It is a small step for Russia from violating these international taboos to offering military assistance to rogue-state allies. Given China’s historical support for nuclear and missile proliferation and its enormous demand for oil and gas, you can imagine Beijing’s doing the same. And, unfortunately, it’s true that current U.S. missile defenses would be woefully inadequate to defend against significant ballistic missile strikes. But Washington must make enhancing our missile defenses a priority.

Even President Biden seems to understand what a vital task this is. As a senator, he stridently opposed George W. Bush’s decision in 2001 to scrap the 1972 Anti-Ballistic Missile Treaty and build out missile defenses. The Bush administration’s plans were, in Mr. Biden’s view, equivalent to “raising the starting gun that will begin a new arms race in the world.” But times change. The Biden administration’s Missile Defense Review, released late last month, attests to the “expanding and accelerating risk” missile technologies pose to the U.S., its forces abroad and our allies, as well as the heightened need for missile defense.

Mr. Biden’s mind has been changed by more than Iran, which accompanied its claims of missile advancements with a threat that those who meddle in the state will “pay the price.” As experts speculate that North Korea is readying a seventh nuclear test (its first since 2017), the administration worries that Pyongyang might graduate from testing nuclear weapons to using one against an adversary. A sign of this fear: Defense Secretary Lloyd Austin recently threatened that such a strike would mean “the end of the Kim Jong Un regime.”

North Korea’s missile-delivery systems, which like Iran’s are based originally on Russian SCUD missile technology, are improving rapidly as well. Tehran’s recent claims of advanced missile capabilities and its nuclear program in general have benefited from Pyongyang’s technical assistance. Iran is simply following North Korea’s lead. Pyongyang has been testing at a steeply accelerated pace, including a record-breaking 23 launches on Nov. 2, one of which landed near South Korean territorial waters. Subsequent North Korean tests included an intercontinental ballistic missile, which caused Japanese authorities to order civil-defense measures, although that launch was ultimately determined to have failed.

China and Russia pose a growing nuclear danger too. Both have made increasingly belligerent references to nuclear arms and offensive war. Yet the limited defenses America has built up have been consistently inadequate and are now simply not fit to meet that threat.

Washington has no excuse for how sparse its national missile defenses remain, two decades after freeing itself from the ABM Treaty. As our enemies pursued hypersonics and other threatening new technologies, America’s operational capacities for deterrence—and its will to retaliate with military force as deterrence requires—have declined. North Korea’s recent testing has led some pearl-clutchers to argue that we should acknowledge the dictatorship as a nuclear-weapons state. Yet it doesn’t take a hawkish attitude to see the immense value in improving our missile defenses. They are designed and deployed for defensive purposes and to protect the lives of innocent civilians. No president would hesitate to employ missile defenses in the event of an attack, especially a nuclear one, even if he feared retaliating against our adversary—contrary to our national security interests and deterrence policy.

We don’t need perfect systems to influence enemy risk calculations about taking offensive action against the U.S. Nonetheless, there is a significantly higher risk of missile strikes on the American homeland today than two decades ago, and our capabilities haven’t improved correspondingly. The U.S. needs greater accuracy in antimissile systems, and far more of them. Our defenses need to be deployed to deal with rogue-state threats, as well as China and Russia, and against all phases of hostile launches: boost, midcourse and terminal.

Such efforts will need to be far more ambitious than previous attempts. When Mr. Bush withdrew from the ABM Treaty 20 years ago, he created a missile-defense program to defend against “handfuls” of incoming missiles from rogue states and accidental launches from Russia and China, as was entirely appropriate for the threats at the time. Today, rogue state capabilities are more sophisticated, Russian rhetoric is becoming more belligerent, and China’s nuclear arsenal is growing rapidly. In response we must urgently increase our homeland missile defenses across the board, which will also have the collateral benefit of aiding our allies. The technology we develop to protect ourselves can be deployed to defend them too.