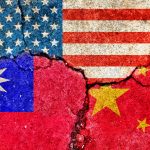 This article was first published in the Wall Street Journal on November 28th 2022. Click here to read the original article.

Taiwan’s local elections on Saturday weren’t exactly held under fire, but the threat from China was palpable enough. The island’s competitive voting contrasted sharply with the Chinese Communist Party’s National Congress in October, which effectively made Xi Jinping president for life. Videos of Mr. Xi’s predecessor, Hu Jintao, being forcibly removed from the convention are historic, now underlined by scenes of the Chinese government repressing public protest over its draconian zero-Covid policies.

Taiwan’s local elections typically don’t foretell how the public will vote for the national government. Take President Tsai Ing-wen, who as head of the Democratic Progressive Party won re-election in 2020 by wider margins than in 2016, even though the Chinese Nationalist Party—the Kuomintang, or KMT—made significant inroads in 2018. The KMT again made major gains this election, including Taipei’s mayoralty, despite the DPP’s effort to nationalize the elections by stressing Beijing’s threat.

While Taipei’s domestic politics mirror those of other industrial democracies, few countries face so imminent an existential threat. National attention now turns to 2024, when Ms. Tsai’s last term ends. Shortly after Saturday’s results, Ms. Tsai resigned as DPP leader, opening the way for a new party chairman. All of Taiwan’s political leaders should emulate her approach: less partisanship and more statesmanship for crafting strategies to deter Beijing’s threat to Taiwan and the entire Indo-Pacific.

In the U.S., both parties recognize that Taipei expects Washington to help with the Chinese threat. Nevertheless, it is imperative that America convey its expectations of Taiwan and synchronize strategies. Prioritizing these conversations will decrease isolationist sentiment in the U.S., most recently on display in disagreements over arming Ukraine against Russia. America aids Ukraine because it advances our strategic interests, and Ms. Tsai and other Taiwanese leaders must make their case vigorously, as President Volodymyr Zelensky has done.

By demonstrating seriousness of purpose, Taiwan can refute one canard still alive in Washington: that Taiwan’s citizens are insufficiently committed to their own defense. Geostrategist Edward Luttwak recently wrote in these pages of “the persistent fecklessness” of Taipei’s military preparedness, while its “youth can continue to play video games.” Such criticism is unjustified and corrosive, as Taiwan can’t open itself to criticism that it is free-riding on U.S. political and military aid.

America must stop treating Taiwan’s defense as an exercise in developing a lengthy list of weapons systems to provide. Strategy is more than list-making, however estimable the list, especially given our recent failure to prioritize budgetary and operational matters. In the Ukraine case, the U.S. faces daunting logistical challenges in delivering weapons to Kyiv while also restarting or accelerating production lines to meet the needs of itself and endangered allies such as Taiwan. Promising weapons that are unavailable for several years is empty virtue-signaling. The depletion of U.S. arsenals directly affects our own security, a vulnerability that Washington can no longer ignore.

Taipei urgently needs comprehensive political thinking, too. Its political leaders and diplomats—many of whom are up against Beijing’s “wolf warrior” diplomacy—must begin planning and acting at higher strategic levels than before, integrating existing bilateral efforts into a global grand strategy. The same goes for the U.S. and its allies, who need more-comprehensive strategies to defeat the existential Chinese threat. China has a strategy and is obviously executing it.

Beyond Taiwan, Washington rightly has expectations of other Indo-Pacific allies. We must fully integrate Taiwan into rapidly emerging Indo-Pacific political and military structures for deterrence purposes. Taiwan isn’t merely a “customs territory” but a functionally independent state. Though most nations resist entertaining full diplomatic recognition for Taiwan, this isn’t currently an imperative. Significantly enhancing substantive, near-term political ties is both feasible and more important than the trappings of full diplomatic recognition. Israel has long mastered this complicated role-playing, and Taiwan and its Indo-Pacific neighbors have quietly engaged in the minuet for years.

Now, however, is the time for diplomatic rock ’n’ roll. Let’s prevent whining from isolationists that America didn’t realize what it was undertaking if, sooner rather than later, China provokes a crisis in Taiwan. Taipei is the epicenter of what for Washington could be another “present at the creation” moment—as Harry Truman’s secretary of state, Dean Acheson, described the beginning of the postwar world. The U.S. and all its allies must be ready to perform.