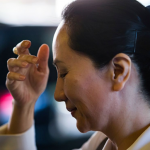 Prominent Canadians urge the government to agree to a feckless and dangerous prisoner swap.

This article appeared in The Wall Street Journal on July 7, 2020. Click here to view the original article.

Important structural changes in international affairs are often encapsulated in discrete incidents, easy to grasp even if somewhat oversimplified. The War of Jenkins’ Ear, for example, had more to do with competing British and Spanish ambitions in the Caribbean than the severing of Capt. Robert Jenkins’s appendage in 1731.

Similarly, America’s request that Canada extradite Huawei CFO Meng Wanzhou to face criminal charges personifies the escalating economic conflict between China and the world’s industrial democracies. It poses a test of Western resolve that Beijing honor the rule of law in its commercial dealings; abandon statist, mercantilist policies in fact, not only in rhetoric; and stop weaponizing “commercial” companies in telecommunications, computing and artificial intelligence.

The immediate issue, now much debated in Canada, is whether China’s belligerent reaction to Ms. Meng’s arrest and possible extradition will disrupt the West’s nascent efforts to coalesce against China’s unacceptable behavior. Ms. Meng was arrested on Dec. 1, 2018, in Vancouver, British Columbia. Within weeks, Chinese authorities arbitrarily seized and imprisoned two Canadian citizens; they were formally charged last month with fictional allegations of espionage. Ottawa fears more of its citizens are at risk, a concern other U.S. allies share regarding their nationals.

In an open letter, 19 former officials and other prominent Canadians recently urged Prime Minister Justin Trudeau to suspend the extradition proceedings and in effect swap Ms. Meng for Beijing’s two hostages. Because of President Trump’s transactional view of the case—as another bargaining chip to seal the elusive “big” China trade deal—some argue the U.S. case is “political,” and therefore illegitimate. Mr. Trudeau has so far rightly resisted domestic pressure, but the mood in Canada is increasingly febrile.

China’s and Huawei’s threats to the West are undoubtedly wide-ranging, but the sheer scope of their transgressions hardly justifies giving them a pass on “mere” financial fraud. The original indictment against Huawei and Ms. Meng alleged violations of U.S. sanctions against Iran and subsequent bank fraud and conspiracy to obstruct justice in misstating financial records to conceal those breaches. A later, superseding indictment added charges of stealing intellectual property and falsifying and misrepresenting these actions to financial institutions and others. Huawei and Ms. Meng deny all the charges.

The underlying Iran sanctions violations, perhaps misunderstood by some Canadians, triggered the initial opposition to Ms. Meng’s extradition, based on opposition to America’s Iran policy. Canada’s judiciary had no such trouble. Six weeks ago a Canadian judge ruled that the U.S. had satisfied the “dual criminality” requirement of the Canada-U.S. extradition treaty, namely that the conduct on which extradition is sought is criminal under the laws of both countries. This decision means extradition proceedings will continue, weighing Ms. Meng’s many other objections.

While the additional allegations of Huawei’s intellectual-property theft have received less attention, they will almost certainly prove more important in the long run. Over the past four decades, China’s persistent efforts to steal intellectual property and require forced transfers of foreign technology constitute the foundation for much of its economic success. Huawei, ZTE and other tech companies have been principal beneficiaries, and it’s unlikely China has ever been serious in its trade negotiations with the U.S. on these issues. Criminal prosecutions and massive civil cases against China and its firms for their wrongdoing may be the only way to get their attention.

If so, there is plenty of raw material. Such “structural issues,” as they are characterized in trade talks, are part of a larger, systematic Chinese strategy of mercantilism. China offers its companies enormous subsidies. Its debt-laden diplomacy with a range of countries similarly demonstrates that China isn’t playing by the same rules as the industrial democracies.

In a fine irony for Canadians seeking to appease Beijing, Bloomberg reported last week that the collapse of Canadian telecom champion Nortel might have been largely caused by China stealing Nortel’s once-cutting-edge technology.

Moreover, China’s economic brigandage is only part of the larger military and intelligence strategy. Huawei and ZTE are key actors in Beijing’s global effort to dominate fifth-generation telecom networks and thereby gain access to vital information from 5G networks’ information flows. Accordingly, the Federal Communications Commission had more than ample reason last week to designate both firms as national-security threats. This step also helps create space for truly commercial firms, U.S. or foreign, to compete in the 5G world. It goes without saying how dangerous unimpeded Chinese access to, and potential control over, Western communication networks would be in time of actual war.

Canada’s concern for its citizen-hostages is understandable, but Beijing’s ruthlessness should be seen in the context of the broader struggle it has long been waging while the West, in typical form, wasn’t paying attention. There are many more fronts in the struggle: China’s suppression of Hong Kong, violating its commitments to the U.K. in the 1984 handover agreement; its genocidal campaign against the Uighurs in Xinjiang; and the unilateral annexation of much of the South China Sea.

This is how China behaves now. Imagine how it will behave in the not-so-distant future if its belligerence continues unchallenged. If Canada lets Ms. Meng return to China, it would be a miscarriage of justice. There is no moral equivalency between Ms. Meng and the innocent Canadians Beijing holds hostage. Canada can’t afford such foreign-policy shortsightedness. With isolationist tendencies stronger than at any time since the 1930s, neither can the U.S.