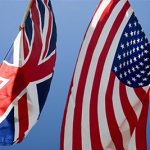 This op-ed appeared in The Daily Telegraph on March 15, 2016. Click here to view the original article.

Contrary to conventional wisdom, Britain’s exit from the floundering EU would immediately create the potential for more effective Western security

The United States has an important national security interest in British voters supporting withdrawal from the European Union. In fact, contrary to conventional wisdom on both sides of the Atlantic, Britain’s exit from the floundering EU would immediately create the potential for a more coherent and effective Western security posture globally.

President Barack Obama embodies the conventional wisdom, unabashedly supporting continued construction of a European superstate. Obama’s fascination with Brussels, however, reflects his own statist inclinations. His lack of international leadership perfectly mirrors the EU’s timid, ineffective defence of its own interests and values. Of course Obama loves the EU.

Arguing that today’s EU is collectively stronger than a continent of free nation-states misreads history, distorting it through a quasi-theological lens. The EU is less than the sum of its parts. Its politico-military “unity” is purest symbolism. Flags and anthems not only do not embody unity, but instead mask a poisonous, paralysing disarray.

Nor is unity reflected in incessant affirmations of Europe’s economic size, as if it were truly integrated. Indeed, if Europe had single-mindedly pursued a single market, abjuring political abstractions, it could have achieved more economic integration and broader political consensus together, rather than getting wrapped around the axle of “ever closer union”. And just as symbolic gestures do not ensure unity, reversing those symbolic gestures does not forestall Britain’s ongoing descent from representative government into Europe’s bureaucratic oligarchy. David Cameron’s proposed changes to London’s relationship with Brussels in no way addresses, let alone cures, the systemic failures inherent in EU decision-making structures.

America is partially at fault for the EU mirage because Nato, largely a US creation, has been so successful. For decades, sheltering under Washington’s military umbrella, Europe, including Britain, has recklessly shrivelled defence budgets and increased social-welfare expenditures. The results are not pretty. The EU has not only retreated from the world stage, it is becoming incompetent in ensuring security within its own “borders”. Europe’s loss of defence capabilities, as well as will and resolve, are deeply inimical to defending the West against today’s increasing global threats.

Radical Islamists, following their perverse ideology, have struck across Europe and America, and our collective response has been pathetically inadequate. Even Obama’s own intelligence officials have testified before Congress that the global terrorist threat from Islamic State, al Qaeda, and others is today greater than before 9/11. North Africa and the Middle East are descending into chaos, state structures are collapsing, post-First World War borders are disappearing, and large swathes of territory are slipping under terrorist control. Iran is on a clear path to deliverable nuclear weapons, a Middle Eastern nuclear-arms race is under way, and Israel is imperilled. That is without even mentioning expansionist Russia, nuclear North Korea and rising China.

If advocates of Britain remaining in the EU haven’t noticed, America’s international commitments are under attack from several populist directions in our ongoing presidential campaign. Some, especially among Democrats, simply do not value national security, preferring to focus on domestic issues, hoping – God forbid – to make America look more like social-democratic Europe. Others, especially among Republicans, think America’s allies have got a free ride, don’t appreciate US efforts, and should be made to fend for themselves. If Britain votes to stay In, this view may prevail across Washington. So be careful what you wish for.

Britain’s escape from the EU Titanic, combined with America emerging from eight years of folly this November, could revitalise the West as a whole, including the recumbent nations currently content to remain within the EU. The United States needs strong European allies, of which Britain has been and should remain the most important. We enjoy independence – you should resume yours. It works.

John Bolton is a former US Ambassador to the United Nations