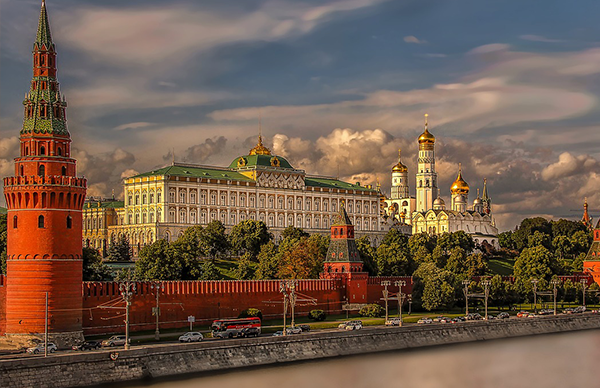 As the new year begins, the Middle East looks eerily similar to the way it has for the last several new years’ eves. Despite civil war in Syria and Libya, those who based their prognosis on the persistence of the reigning paradigm appear vindicated. That paradigm rested on several assumptions. First, the savviness of the rulers of the Arab states, along with the predictability of the traditional opposition (namely the Muslim Brotherhood) survived as the foundation for understanding the region. Second, the outlier power, both geographically and religiously, namely Iran, remains the greatest challenge. Third, the outlier revolt, namely ISIS or al-Qaida, while disturbingly resilient, failed to genuinely challenge the predominance of the ruling elites or established opposition of any Arab nation, and thus remains contained. And fourth, the Israeli-Palestinian conflict remains at the edge of eruption and thus begs resolution.

And yet, as George Elliott observed in Silas Marner, “The sense of security more frequently springs from habit than from conviction, and for this reason it often subsists after such a change in the conditions as might have been expected to suggest alarm. The lapse of time during which a given event has not happened, is, in this logic of habit, constantly alleged as a reason why the event should never happen, even when the lapse of time is precisely the added condition which makes the event imminent.”

In fact, the warning signs of change are present that very little of what has been will continue to be. In short, as we enter the new year and decade, our understanding of the architecture of the Middle Eastern politics will founder, our imagination will be challenged, and an entirely new “shape” driven by hitherto ignored or nigh-invisible forces will define the Middle East.

In an article making waves, especially among those who are still seeking to realize their dream first articulated during the initial “Arab Spring” that Google and the internet would transform the region, Jonathan Alterman at the Brzezinski Center, believes his studies reveal a rise of individualism informing the current wave of demonstrations in the fertile crescent capitals.

Were such individualism to emerge, then it would indeed upturn the established order. And yet, such a rise in individualism would be startling since it contradicts the essence of familial, social, political, economic and religious life among Arabs Muslims, the culture of which is an amalgam of tribal and communal structures of safety and protection and a theological sense of being on the historically right side of revelation – itself also an intangible structure of protection. Neither pillar serves as a firm foundation for individualism, and in fact, gravitates against it. Thus, if there is indeed a rise in individualism, it would mean a cultural, religious and indeed civilizational shift in these communities. As such, the optimism in the liberal West that the Arab world is finally beginning to modernize would be warranted.

But cultures and civilizations do not easily change. In fact, the historical record shows that their persistence over eras and upheavals is stunning. Indeed, as Alexis de Tocqueville observed in the Ancient Regime, the underlying culture even after such a cataclysmic event as the French Revolution survived; its structures and patterns just assumed new masters derived from the disillusioned back benches of the old elites. Two thousand miles away, and a century later, the same observation could have been made about the Middle East after the Ottoman collapse: Arab-Ottoman elites, many of whom naturally even spoke Turkish rather than Arabic, who had become increasingly frustrated with the rise of Turkish nationalism rose to take over the residue of the Ottoman imperial administration after the war and became the new elite (in many ways not even new, but now just independent) of the old but now fragmented structures. Students of Russian history would probably make the same observations of the transition from Czar to commissar. Simply put, cultures, absent a millennially traumatic event or population shift, do not change much, and even then, only slightly.

What then are we to make of the rise of individualism Alterman appears to identify? What Alterman detects may be accurate, but something else is afoot than the rise of a classically liberal concept of individualism. Sadly – because it is not in the American interest either as a nation or as the leader of Occidental civilization – the Russian leadership may be ahead of the U.S. in understanding this idea. Thinkers and theologians like Alexander Dugin and Tikhon Shevkunov may or may not be close confidents of Vladimir Putin’s – there are conflicting assertions – but they and their associates clearly are attuned to Putin’s strategic mindset. Specifically, they view the course of history through the prism of the persistence of ancient culture and civilization in shaping identities and geopolitics, including in the modern era. 1

Russia envisions itself on the one hand as the true heirs to Byzantium (leaders of the Orthodox church, indeed all Christendom, in all variations), which explains why the greatest historians of the Byzantium were Russian, led by the greatest of them all, Alexander Vasiliev. On the other hand, some see Russia as the fusion of pre-Christian Mongolian and early (even pre-schismatic) Orthodox-Christian European identity, which its intellectuals call “Eurasianism.” Indeed, while Putin has focused on the post-Christian soul of Europe as evidence of its decline and fall, foreign minister Sergei Lavrov and Putin himself at other times defined Russian foreign policy as moored to it being a Eurasian bridge, which is both Mongolian and European.2 This “Eurasian” outlook divides the world into vertical axes, with Russia being the northern anchor of the axis reaching into the Asian Middle East, while western Europe moors the north of the axis spreading southward into Africa.

Part and parcel of the belief held by Russian theorists is that Russia is “Eurasian.” Russia also imagines itself as the savior of a perishing European civilization that has abandoned both its Christian and European civilizational foundations for a multicultural, liberal ratatouille with a chaotic and drifting identity. Russia offers itself as the model – pre-Renaissance Christianity and strong (authoritarian) leadership — for Europe’s return to sanity. Indeed, there is even a rebellion within the Russian church to establish a mythically pure version of the Orthodox church – represented by Father Tikhon Shevchuk – against the “corrupted,” Europeanized church clergy influenced by western ideas of liberalism since the Great Schism and Renaissance, an embrace which is seen as responsible for Orthodoxy’s long decline.

This view of history as the re-assertion of culture and civilization of a millennium ago (not just pre-World War I) has led Russia’s strategists, who are also stripped of any notion of the universal aspiration of individual freedom, almost effortlessly to identify trends in the Middle East largely still invisible to Western eyes or distorted by our unflinching confidence in the spread and eventual triumph of universal human freedom. Specifically, we in the West continue to look at the Middle East as a collection of over 20 states, currently under stress, and rend by regional rivalries over ideologies, such as Arab nationalism, Islamism, or Sunni-Shiite tensions, but still operating within the framework of the Sykes-Picot post World War I partition. Moreover, we in the West still view Israel as the odd-man out, Turkey as no longer a wholly Middle East state, but a Europeanizing work in progress. Warts and all, we still view this structure as a workable foundation of a slow march toward modernity and “normal” international politics.

In contrast, while Russia almost certainly continues to view these ideological rivalries as relevant, it also views them being played out through deeper, more primordial structures. Being attuned to the resilience and power of culture and civilization to move history, Russia sees more clearly than we do that the region already is entering the post-Sykes-Picot system. The Middle East state system is in collapse and emerging in its wake are several core civilizational entities around which the region will be defined going forward. The control of, or alliance with, either Russia or the West with those core civilizations will determine the course and fortunes of those ideological rivalries.

So, the trend toward individualism – which is more accurately described as a revolt of individuals against the abusive state – is marked not by traditional rivalries, such as Shiites revolting against Sunni rule or vice versa, but Shiite Lebanese, Iraqis and Iranians revolting against Shiite rulers. And yet, at the moment, we do not see this spreading into Amman, Riyadh, Doha, Manama or Dubai. The explanation may well be that domination in the fertile crescent of Arab identity, which in the end remained ultimately nomadic and thus entirely social, is being rattled by the temptation — which is driven by rejection of the abysmal state of governance across the Muslim world — of nostalgic forms of identity, such as Persian, Pheonician/Crusader, Byzantine. Attended by an untethered sense of social belonging and identity caused by failed governance, the populations of older civilizational remnants appear to be re-asserting their attributes against the Arab, essentially nomadic overlay, which is inherently more familial, tribal or communal.

In contrast, upheaval in societies at the heart of Arab culture to the south of the Arab Crescent (such as in Amman), or among Sunni tribes across the Asia Middle East, appears to seek new structures of patronage to fulfill a distinctly non-individualist identity and reestablish stability and safety. It is a retreat into looking for the framework of the comforting, all-encompassing father-leader-family sort. Hence the attraction of the ISIS/al-Qaida model, as well as some sort of weird love-hate attraction to Israel and the West emerging since they represent “safety.” They are not running away from “tribe,” “father” or “family,” but seeking to replace it with another version.

In these nostalgic forms of opposition, inherently urban populations – such as those in the fertile crescent cities — assume a greater self-motivating, self-guiding, and self-realizing form, namely individualism. As such, what Alterman discerns may not be first sign of the entry into the Islam of what the West would like to see as enlightened modernism, but really the beginning of the nostalgic re-assertion of the urban civilizations of the fertile crescent, with all the chaotic and often individualistic elements of urban culture, against their Islamic overlay with its heavily nomadic overtones of community-based structures of protection. Indeed, these demonstrators in Beirut and Nabatiyah, in Baghdad and Najaf, and in Tehran and Mashhad, are employing the language of asserting rights, not seeking protection. They accuse their rulers of having stolen from them, trampled on them and violated them – namely the language of a sovereign citizen (i.e., member of a city) challenging his government. In contrast, demonstrations among counterparts in other parts of the Middle East appear to focus more on accusing rulers of having failed to provide security for their person, protect their families, deliver them proper welfare, or act with sufficient noblesse and fairness to their communities – all forms of language appropriate for tribal members petitioning a chief.

So what are those cultural-civilizational centers which are emerging and which the Russians appear to have more adeptly identified than we? In the Asian Middle East (east of Suez), there are primarily three urban cultures/civilizations —the Byzantine remnant, the Indo-Persian ancient “Aryan” cultural-civilizational bloc, and the Jews resurrected in Israel — and two additional nomadic-imperial cultures/civilizations – the Ottoman-Mongolian revival carrying the banner of Islam and Sunni Muslim (tribal) Arab culture. We will examine how Russia’s civilizational concept of foreign policy, interacts with each in Part II of this series