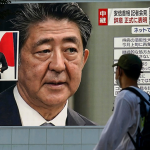 The resignation of Prime Minister Shinzo Abe — Japan’s most consequential leader since World War II — is a major loss for both Japan and the United States. His unprecedented longevity as prime minister (since 2012, and earlier in 2006-2007) brought the country stability and, therefore, increased Tokyo’s influence in world affairs. Though his successor remains to be chosen, Abe’s main international policy directions are unlikely to shift measurably.

As prime minister, he significantly advanced the proposition, first debated in the 1990s, that Japan was a “normal country,” and thus taking major responsibility for its own defense would be perfectly appropriate. Given Japan’s history of aggression during the first half of the 20th century, that conclusion might not have sat well in much of Asia, but it is now widely understood and accepted. Abe may have failed in amending Japan’s post-World War II constitution to make the change formal, but he likely rendered the need for such amendment far less important.

During the Trump administration, almost alone among U.S. allies and major trading partners, Abe kept economic issues down to a low roar. By preventing trade and investment controversies (inevitable between any two large, interconnected economies) from assuming disproportionate significance in Tokyo and Washington, Abe worked a kind of magic with President Trump. Other U.S. allies were not so successful, repeatedly finding themselves locked in arguments about tariffs, trade barriers and preferential treatment. All important issues to be sure, but not the kind that should distort critical bilateral relationships.

Always armed with charts and graphs about Japanese corporate investment in the United States, and Japan’s purchases of major U.S.-manufactured weapons systems, Abe kept the initiative in meeting after meeting with Trump. Unobtrusively, therefore, he safeguarded the time necessary to discuss with Trump key geostrategic issues of the highest importance to both countries. And he did so with stoic patience, persistent attention to his (and our) ultimate objectives, and endless repetition (so necessary, given his audience).

On China, Abe is the real progenitor of the concept underlying Washington’s “free and open Indo-Pacific” mantra, opposing China’s efforts to achieve hegemony in the region and beyond. He has been a major actor trying to foster cooperation among Japan, India, Australia and the United States, a process now underway but with considerably more work to be done. The scope of China’s economic, political and military challenge, and the reality that, for long decades, the United States and others simply ignored what Beijing was up to, means the appropriate answering strategy will not emerge overnight. But Abe has understood plainly that neither can it take forever.

China’s treatment of Hong Kong and Taiwan, and its June clashes with Indian forces along their disputed border in the Ladakh region, are not distant concerns in Japan, as they are to too many Americans. Belligerent Chinese action in the Senkaku Islands, claimed by both Tokyo and Beijing, is even more high-profile for the Japanese, and should be for Washington as well, since it implicates the U.S.-Japan defense alliance. With so much at stake, even as he tends to the chronic health concerns that prompted his resignation, Abe can be an important voice explaining China’s threat across the region.

On North Korea, Abe has unremittingly pursued the elimination of its nuclear, biological and chemical weapons programs, along with its ballistic-missile capabilities. Since his early days in politics, he has emphasized Pyongyang’s menace, as well as its barbaric kidnapping of Japanese citizens, holding them for decades without ever providing a satisfactory accounting of their whereabouts or ultimate fate. I first met Abe in August 2002, in Tokyo, when he was deputy chief cabinet secretary, and the “hostage issue” was even then shaping his political career.

He has never been afraid to be clear about the importance of reining in North Korea’s efforts. In September 2017, he wrote in the New York Times that “more dialogue with North Korea would be a dead end.” He added, “I firmly support the United States position that all options are on the table,” meaning that military force was one such option, an extraordinarily forward — but entirely justifiable — position for a Japanese politician.

During the Trump administration, Abe’s disciplined diplomacy was important. He was like a heavy metal chain tethering the president somewhere proximate to reality, rather than getting lost in the Trump-Kim Jong Un rapture. Abe’s successor will have his hands full in either a second Trump term or a Joe Biden presidency, ensuring that we keep our focus on denuclearizing North Korea, and not accepting it as a nuclear power.

Abe’s efforts undeniably strengthened the sometimes-fractious Japan-U.S. alliance. He demonstrated why alliances are not simply disconnected, transactional encounters. Tokyo’s next prime minister needs to remember that as well.