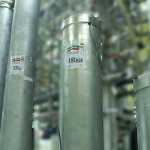 It would weaken the Security Council veto, which serves U.S. interests at the U.N.

This article appeared in The Wall Street Journal on August 16, 2020. Click here to view the original article.

For the U.S., there is one point of high principle worth dying in a ditch for at the United Nations: Never impair the Security Council veto. That’s what President Trump is preparing to do, exacerbating President Obama’s mistakes in negotiating the 2015 Iran nuclear deal.

Mr. Trump rightly withdrew from that agreement in May 2018. The attendant renewal of U.S. sanctions, although imperfectly implemented, brought crushing economic pressure against Tehran. Even so, despite Iran’s continuing violations of the agreement and its widespread belligerent and terrorist-supporting activities, this diplomatic zombie still lurks in the minds of its progenitors, threatening a return next year. Iran Deal 2.0 could come in a Biden administration or even in a second Trump term. The president confidently predicted he could negotiate one in four weeks.

Among the 2015 agreement’s many grievous mistakes was setting a 2020 expiration date on a broad Security Council arms embargo against Iran that specifically enumerates several categories of sophisticated and heavy weapons systems, especially ballistic missiles and their components. There was no reason for Mr. Obama to make this concession except his zeal to make a deal. On Friday the Trump administration tried to extend the council’s embargo, but failed devastatingly; the vote was 2-2 with 11 abstentions; both Russia and China voted no. Approval required nine votes and no vetoes.

The administration had threatened, if the extension failed, to invoke the deal’s “snapback” mechanism and renew all suspended sanctions. Paragraph 11 of Security Council Resolution 2231 provides that a “participant state” in the nuclear deal, asserting “significant non-performance of commitments” thereunder, can force a Security Council vote on snapback within 30 days. That entails a new resolution authorizing the continued suspension of the sanctions, which the U.S. would veto, ensuring that they come back into effect.

The agreement’s backers argue that Washington, having withdrawn from the deal, has no standing to invoke its provisions. They’re right. It’s too cute by half to say we’re in the nuclear deal for purposes we want but not for those we don’t. That alone is sufficient reason not to trigger the snapback process. Why afford any American legitimacy to this misbegotten creature? Further, the U.N. Charter allows no vetoes to decide “procedural” questions, and that is how between nine and 13 members may categorize, and thereby stymie, Mr. Trump’s ploy.

But the real injury is done when a second U.S. administration in five years even attempts, successfully or not, to take actions that undercut America’s veto. The damage here is potentially permanent.

The veto wasn’t widely popular in 1945 when the U.N. Charter was adopted. The idea of eliminating or curtailing it never died. Eleanor Roosevelt and others repeatedly urged against exercising the veto, saying such forbearance demonstrated “moral superiority.” So powerful was this mindset that not until 1970 did Washington first use the power. Thereafter, America has wielded the veto forcefully, largely to protect Israel and other allies.

The U.S. has risked endangering the veto before, notably by introducing the 1950 Uniting for Peace resolution in the General Assembly. Because Moscow had boycotted the Security Council after North Korea invaded the South, Washington was able to obtain the council’s authorization to repel the attack. When the Soviets ended the boycott and threatened vetoes of further Korea measures, America proposed vesting the General Assembly, which had a large pro-U.S. majority, with greater responsibility for international peace and security.

Britain saw the trap immediately. As Dean Acheson wrote, London “wisely forecast the dangers of the idea in the future if the then-majority in the United Nations should give way to one holding contrary views.” He confessed, however, that “present difficulties outweighed possible future ones, and we pressed on.” Sidestepping Russia’s veto seemed attractive, but Uniting for Peace was a potential disaster—averted only because the General Assembly’s own increasing impotence and irrelevance saved the Security Council from political collapse, the fate that befell the assembly.

The snapback concept could be substantially more threatening, enervating the council under the ironic guise of making it more effective. The next time it proves useful to some or all of the permanent members to propose a snap back or similar device to avoid the veto, pressure to acquiesce so as to avoid unnecessary disputes at the U.N. will mushroom. The process may be gradual, but it is nonetheless threatening, either under U.S. administrations that look for temporary deals rather than long-term strategy or ones that overvalue multilateral approbation and tranquility at the U.N. We should skip this experiment.