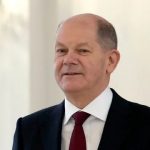 This article appeared in The Hill on February 1st, 2022. Click here to view the original article.

Make no mistake, Russia’s fundamental strategic objective in coercing Ukraine is to undermine NATO. In Russian President Vladimir Putin’s mind, a weaker NATO directly correlates with a stronger Russia. Long-festering policy differences within the alliance, self-inflicted vulnerabilities to external pressures and weak political leadership in key Western states are already on full display. Ponderous rhetoric about NATO solidarity, endlessly repeated by the Biden administration, only underscores rather than conceals these problems.

Putin well understands these phenomena. He is actively seeking to exacerbate existing tensions and weaknesses, and create new ones, and has already made significant progress in undercutting the alliance. Today, these divisions eviscerate the credibility of threatened post-invasion sanctions against Russia, no matter how serious the West might be. If Russia remains undeterred, the long-term damage to America’s global position, compounding the corrosive effects of the Afghan withdrawal, could be incalculable.

NATO’s problems are hardly new. Not for nothing was Henry Kissinger’s pathbreaking mid-1960’s analysis entitled “The Troubled Partnership.” Nonetheless, the undeniable Soviet Cold War threat; America’s sustained, vitally important perception that ensuring Europe’s security enhanced its own; and U.S. leaders like Ronald Reagan, determined to defeat communism not merely “manage” or contain it, ultimately prevailed. NATO members’ collective-defense commitments held, and the USSR collapsed. The story becomes vaguer from there, with upticks after 9-11 and during the ensuing war on Islamicist terrorism.

During the 1990’s generally-shared Western euphoria (remember “the end of history”?), NATO’s expansion was both inevitable and beneficial to all involved. But Washington failed to think through how far NATO should grow. There was talk of possibly including Russia at some point, although that opportunity, not nurtured seriously during the Clinton administration, died through inattention. Spain’s former Prime Minister Jose Maria Aznar proposed making NATO a global alliance, including members such as Japan, Australia and Israel, but Europe’s burghers were uninterested.

Unfortunately, and critical here, NATO’s eastern European flank was left unfinished, with many former Soviet republics isolated in an ambiguous, clearly dangerous grey zone between NATO and Russia. In 2008, with bipartisan support, President George W. Bush proposed fast-tracking NATO membership for Ukraine and Georgia. Germany and France blocked the move, and now assert tautologically that not being NATO members means they are of no special concern to the alliance. Contemporary criticisms that Ukraine is not ready for NATO membership because of corruption and an unsteady democracy overlook Bush’s prior initiative. They also conveniently ignore that eastern and central European states admitted after the Warsaw Pact and the Soviet Union collapsed were hardly clones of Luxembourg or Canada.

But who determines the strategic status of the grey-zone countries? Ukraine exemplifies this issue, struggling to shed its communist past and create durable representative government. While key national territory has already been annexed or subjugated by Moscow, Ukrainians nonetheless still believe they should decide their international future. Russia believes it should decide, and many Europeans and Americans seemingly agree: Russia is powerful, borders Ukraine and there are historic antecedents. Perhaps we should ask China’s neighbors how they feel about that logic. Not long ago, we could have asked that question of Germany’s neighbors.

Undeniably, Ukraine is now under brutal pressure, including the palpable risk of further Russian military invasion. In response, President Biden has not solidified the alliance. He has in fact increased its divisions through his soon-to-be-historical banter about “minor incursions,” desperate efforts to concede something to Moscow to halt the march toward military hostilities and public disagreement with Ukraine itself on the imminence of a Russian attack. Observers watch daily for more signs of Biden going wobbly.

Europe’s reaction is mixed. Despite domestic political turmoil, Great Britain has been firm, even ahead of the U.S. by some measures. Eastern and central European NATO members need no lectures on the Kremlin’s threat, and they are wholly resolute, notwithstanding reliance on Russian natural gas. More “distant” NATO countries are less visible, but at least not obstructionist. France is being France, with President Emmanuel Macron, facing a difficult reelection race, pirouetting around the international stage searching for attention.

Then there’s Germany. Basing its reluctance to do much of anything on its recent history, Berlin has it exactly backwards. Precisely this history should impel Germans to be the most steadfast and resolute opponent of efforts to change European borders by politico-military aggression. Of all European countries, Germany owes this to its neighbors, in concrete deeds not just words. Instead, it has been passive at best, and frequently unhelpful. This is NATO’s core weakness, and Putin is pounding on it for all he is worth.

Germany led Europe in ignoring Reagan’s 1980’s admonitions not to become dependent on Russian oil and gas. Incredibly, Russia’s Gazprom hired former Chancellor Gerhard Schroeder to help complete the first Nordstream pipeline, begun during his tenure. Schroeder’s successors effectively did nothing to mitigate Germany’s vulnerability and now act as if terminating Nordstream II is unthinkable. Maybe the devil made them do it.

Germany has not come within sight of meeting NATO’s 2014 Cardiff agreement that members spend 2 percent of GDP on defense. It has long refused to provide Ukraine with lethal military aid, and recently barred Estonia from sending German-origin weapons to Kyiv. Berlin’s offers to send 5,000 military helmets and a field hospital were greeted with well-deserved mockery and incredulity. To top it off, the commander of Germany’s navy was recently fired for all but supporting Russia’s position.

Newly-installed Chancellor Olaf Scholz will meet Biden in Washington on Feb 7. They have a lot to talk about. Germany was delighted to shelter under Cold War America’s nuclear umbrella and NATO’s European fastnesses. We will soon see if Germany is ready to do the right thing by Ukraine. Putin is watching closely.