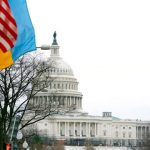 This article appeared in The Hill on March 3rd, 2022. Click here to view the original article.

Just days into Russia’s invasion of Ukraine, Europeans and Biden administration supporters are already urging that we begin finding “off ramps” for Russian President Vladimir Putin. These sources counsel “moderating” the West’s current efforts to avoid “backing Putin into a corner.” Some focus particularly on Russia’s heightened nuclear alert status, or speculation about Putin’s mental stability.

This is exactly the wrong approach at the wrong time for the wrong reasons. It ignores both what’s actually happening in Ukraine, and the real point of Putin’s aggression: to weaken NATO and reestablish Moscow’s hegemony (or even sovereignty) over the former Soviet Union.

Make no mistake: The stakes are global, as China watches what Russia achieves in Europe to see what it can do in the Indo-Pacific. President Biden’s State of the-Union address, remarkably substance-free on national-security issues, only confirms that he is running out of ideas on Ukraine and the larger strategic challenges.

Having failed to deter Moscow’s unprovoked aggression against Kyiv; with economic sanctions ramped up only belatedly, and insufficient to halt the ongoing assault; and as Russian military forces continue their attacks, the West does not have a sufficient position of strength to contemplate finding Putin graceful exits. Concessions now will only encourage Putin to continue and substantially expand military efforts to achieve his objectives.

Ironically, to say the least, we were finally moving in the opposite direction from finding “off ramps.” NATO’s resolve has been strengthened, although not enough. Outside NATO, a recent poll showed for the first time that a majority of Finland’s population supports NATO membership. This unprecedented 53 percent level of support is up dramatically from the last pre-invasion poll in 2017, which showed only 19 percent in favor. Support for NATO membership in Sweden has also reportedly risen to new highs. The prospect of more NATO on its northern flank can only depress Russia’s Defense Ministry.

In sanctions policy, the United Kingdom and Canada have been leading the way, while complaining quietly about the lack of sustained U.S. leadership. In Britain, especially, concerns are growing that the European Union (EU) rather than NATO will emerge as the West’s main engine of policymaking. London correctly worries that the EU’s congenital institutional myopia will lead to premature concessions, which Biden’s lethargy only reinforces.

Broaching “off ramps” now is dangerous. So far, Ukraine’s defenses have been remarkably strong, and the courage of its people readily apparent, disproving the refrain of America’s Kremlin surrogates that Russia conquering Ukraine is a “natural” reunion of a common people. Ukraine’s willingness to fight alone (the sad reality, Western illusions to the contrary notwithstanding) against aggression evidences its determination to maintain independence.

However, and without minimizing the importance of Ukraine’s spirit and strength, today’s highly fluid battlefield demonstrates that the West’s collective effort is insufficient. Moscow’s own mistakes significantly contributed to its relative lack of progress. In the war’s opening week, Putin tried to achieve too many objectives with inadequate human and materiel resources. By ignoring the ancient maxim to concentrate forces on fewer targets, Putin opened defensive opportunities that Ukraine’s military readily seized. Moreover, Russian logistical support for its lead combat elements seemed poorly planned and inadequate, as press and social media reports show repeatedly.

These early failures and miscalculations cost Russia dearly and bought precious time for Ukraine’s defenders, but the “correlation of forces,” as they said in Soviet circles, is changing in the Kremlin’s favor. Over 80 percent of the troops garrisoned near Ukraine’s borders are now moving into action, with the rest following shortly. Russia’s mistakes will lead in due course to purges in its defense ministry, but the blunt reality is that Moscow still has time to get its act together.

Existing sanctions will not materially hamper Russia’s near-term war effort, and not necessarily in the long-term either. Iran, North Korea and Venezuela’s Maduro regime have all faced equal or more-severe sanctions regimes, and sadly they are still standing. Russia had ample advance notice of what was coming, and we may well find that those long weeks watching Russian military assets accumulate on Ukraine’s border were also long weeks where Russian assets were exiting vulnerable positions abroad. Even now, the EU is leaving two of Russia’s three largest banks connected to the SWIFT interbank messaging system.

Most importantly, until the West drives a stake through the heart of Russia’s energy sector, Moscow will continue to profit from this crisis. Europe’s reliance on Russian energy supplies could soon open debilitating loopholes in the sanctions if “off ramps” for Putin take priority.

The historical record does not provide a solid basis to believe in EU staying power, whatever the current rhetorical bravado. Russian hydrocarbon sales are reportedly down and selling at bargain-basement prices. The next step: more pressure.

Russia’s real territorial objectives in Ukraine are still, in my view, expanding control over (1) eastern and southern Ukraine, home to a predominantly culturally, linguistically and religiously Russian population; and (2) the entire Black Sea northern coast, including the port of Odessa, thus landlocking a rump Ukraine, and severely squeezing it economically.

Russia’s success to date in eastern Ukraine has been limited. But in the south, striking out from Crimea and attacking from the Black Sea, Russia has achieved more, while Western media have focused on Kyiv and Kharkiv. Putin is therefore actually closer to success, his preferred “off-ramp,” than the West realizes.

In coming weeks, we must avoid “off ramps” or anything else that undercuts the imperative of increasing pressure on Moscow. For example, we should eviscerate Russia’s energy sector by prohibiting sales of hydrocarbons to all NATO and EU countries, and anyone else we can sign up. Dry up Putin’s revenues, which amount to 30 percent of Russia’s domestic economy and 60 percent of its export revenues, and make it expend its foreign currency reserves as fast as possible. Declare a visa ban on all Russian citizens, not just a few elite figures. There is much more to do.

But above all else, no “off ramps” should be visible while Moscow insists on sustained belligerence in its “near abroad” and its efforts to weaken NATO. This is not the time for tactical thinking about Ukraine alone, but for strategic thinking about global peace and security.

John Bolton was national security adviser to President Trump from 2018 to 2019, U.S. ambassador to the United Nations from 2005 to 2006 and held senior State Department posts in 2001-2005 and 1985-1989. His most recent book is “The Room Where It Happened“ (2020). He is the founder of John Bolton Super PAC, a political action committee supporting candidates who believe in a strong U.S. foreign policy.